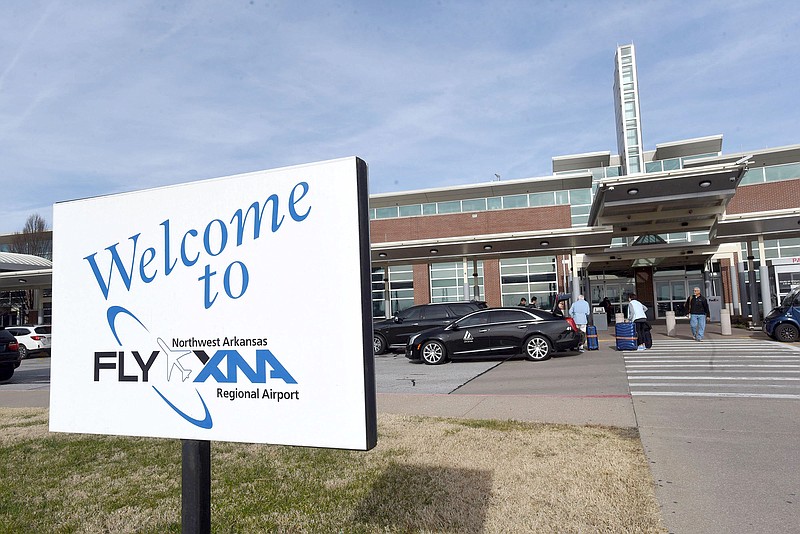 HIGHFILL -- Two committees forwarded to the Northwest Arkansas National Airport board a proposed budget for next year and discussed possibly regulating heavy commercial vehicles on airport property and buying their own heavy construction equipment.

Committee members were skeptical but want to take a closer look at a proposal by staff to buy $1.1 million worth of heavy equipment to do dirt work for projects on airport property over the next five years.

Airport staff contend buying equipment and bringing some of the work in-house would save the airport several million dollars. Renting equipment as needed would cost more than buying it, they argue.

"We're going to have a steady stream of work for the next five years or more," said Andrew Branch, chief operating officer at the airport.

Mike Johnson, who represents Fayetteville, and Jonathan Barnett, who represents Benton County, were both hesitant, saying there would be additional costs associated with the purchase such as more operators; maintenance and repair; accessory equipment, such as trucks to move the equipment; engineering and oversight costs. Both asked for more information before deciding whether to go ahead with the purchase.

"I just want to be sure that we have really, really adequately analyzed us doing this work versus taking it out for competitive bid in the private sector," Barnett said.

He also asked whether the airport has the manpower or skill set required.

"Basically, you're starting a construction department, and there's nothing wrong with that, especially if it gets projects done and it's cost-effective," Barnett said. "I don't know that we're questioning everything, we just need a little time to digest it and look it over a little more."

Johnson said he's concerned the move wouldn't provide the anticipated savings and could come with unforeseen costs and problems, especially if work isn't done properly on the front end.

"I want to make sure we go into this with our eyes open," Johnson said. "I'm skeptical. It's not our core mission area, and it's something that will have a huge tendency to bite us in the rear end."

Board members are looking at regulating heavy trucks to reduce damage to roads the airport owns, extend their life and reduce maintenance costs.

Airport authorities have the same powers on their property as municipalities and the airport has its own police department.

The roads on airport property are primarily for airport access for passengers, airport employees, concessions employees, vendors and others with business on airport property, officials said. But rapid and significant growth in Northwest Arkansas has resulted in an increase in passenger and commercial traffic, particularly on Regional Avenue. The road has customarily been used by the general public as a north-south thoroughfare but has experienced a significant increase in commercial vehicle traffic unrelated to the airport.

The proposal would apply to vehicles over 26,000 pounds requiring a commercial driver's license to operate. Emergency vehicles would be exempt.

The move would prohibit commercial vehicles from using or parking on airport roads. A first offense would draw a $500 fine; subsequent violations would draw fines of $500 to $1,000.

The Finance Committee forwarded a proposed budget based on estimates of 830,000 passengers next year, which is about the same as this year. Passengers are up 49% over 2021 and only 9% below prepandemic levels in 2019.

Airport officials estimate $24.7 million in revenue and $15.3 million in expenses. The airport has about $45 million in cash available.

"I feel pretty good about where we are," said Tim O'Donnell, chief financial officer.

The budget includes $3 million for ongoing land acquisition and around $8 million in capital projects.