UAPB to fill in Classic games 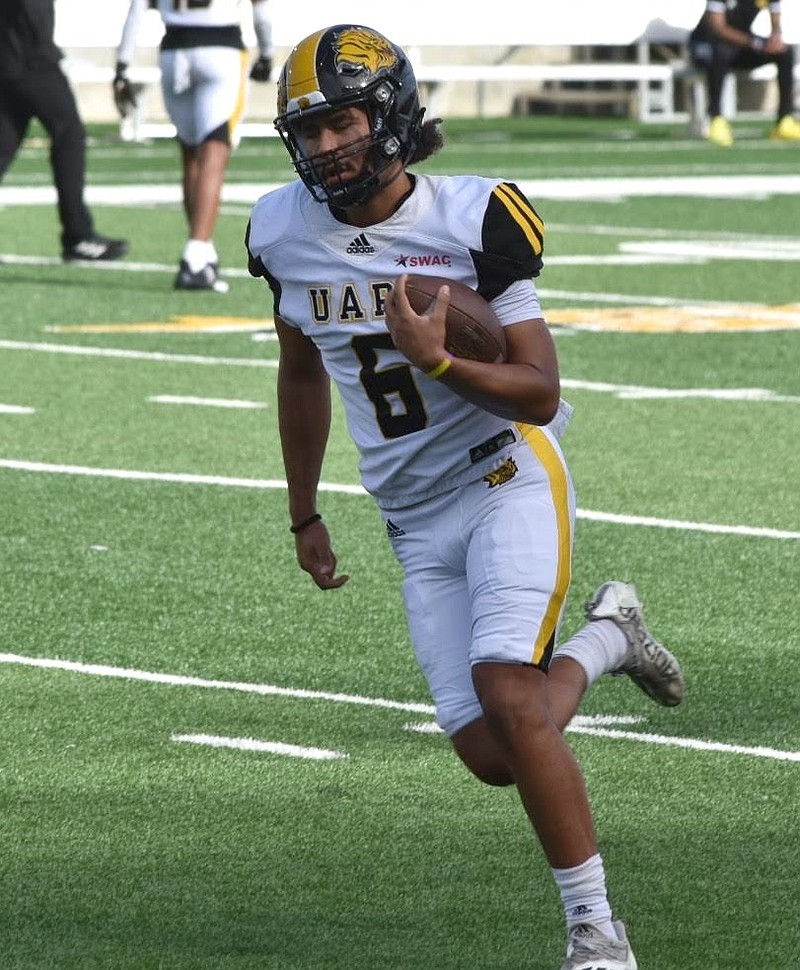 Fred Jones, the founder and operator of the annual game in Memphis, made the announcement Wednesday on Facebook with a flier welcoming UAPB's team, the Marching Musical Machine of the Mid-South (M4) band and M4 Golden Girls to the game, which will be played Sept. 9, 2023, and Sept. 14, 2024, at the 58,325-seat Simmons Bank Liberty Stadium.

"The answers you've all been waiting for," Jones said. "Welcome to the Southern Heritage Classic University of Arkansas at Pine Bluff!"

Pine Bluff-based Simmons Bank purchased naming rights to the stadium for $6.8 million over 10 years in April, according to The Commercial Appeal newspaper of Memphis.

"Do I need anymore confirmation than that?" Jones said, referring to Arkansas' upcoming Liberty Bowl appearance.

Said UAPB Athletic Director Chris Robinson: "I think it's already set that this is a game that has been established and that has a lot of history. The community and the state get behind this game and its history. It's a grand experience. We're excited to be involved for the campus, our administration, and more importantly the students and alumni who support our program."

The game, first contested in 1990, traditionally would pit Mississippi's Jackson State against Nashville-based Tennessee State -- both known as the Tigers -- with the exception of Mississippi Valley State and Grambling State universities playing TSU in 1991 and 1993.

Tennessee State led the Classic series with Jackson State, 17-12, but Jackson State had won the last three meetings, including a 16-3 outcome in September.

"As far as the business aspect of that, it's not beneficial to us; it's not suitable to us," Jackson State Coach Deion Sanders said before September's game. "It's a wonderful classic. We just don't want to play in it."

In an Instagram video in February, Sanders indicated, while sitting with Jackson State Athletic Director Ashley Robinson, the game wasn't profitable enough to the program. Sanders this week was named head coach at the University of Colorado, but agreed to coach Jackson State (12-0) in the Dec. 17 Celebration Bowl against North Carolina Central University (9-2) in Atlanta.

Jones, through his Summitt Management Corp., which operates the Classic, filed a lawsuit against Jackson State in March, citing breach of contract. The suit has been settled out of court, Jones said, declining to reveal terms, but that allowed him to offer UAPB a contract.

In looking for an opponent to Tennessee State, Jones said he wanted the Classic to have "the same flavor" as before because two teams from historically Black universities have always played each other in it, and he wanted an opponent close to Memphis. Pine Bluff is 144 miles from Tennessee's second-largest city.

"Arkansas has always been a good supporter of Memphis, as far as Memphis is concerned," Jones said. "People from that part [the Arkansas Delta] like coming to Memphis. I was paying attention, and as I started doing a little research, I found out there were more people in Memphis than I thought that had some relationship with the school. That kind of surprised me, and it went from there."

Jones said he talked to five people at random about who Tennessee State should play, and each one suggested UAPB.

"What sealed the deal was they had the Christmas parade in Memphis, and the Pine Bluff band was featured," he said. "Everybody loved them. They took pictures, video and sent it to me. They didn't know I was talking to Pine Bluff. That just sealed the deal, but you needed somebody close where the cost is not prohibitive."

The upward trend of Wednesday's announcement on social media "put a stamp of approval" on the Golden Lions' selection, Jones added.

WHO WILL COACH THE LIONS?

UAPB finished this season 3-8 and 1-7 in the Southwestern Athletic Conference, defeating Alabama State University 19-14 in its season finale on Thanksgiving Day to end an eight-game losing streak. Don Treadwell was UAPB's interim head coach for the final four games, following the firing of Doc Gamble.

Chris Robinson said he and a search committee are "in the final stages, in a sense" of the coaching search, adding they are "going through and trying to find the right fit." Asked for a timeline on a hire, Chris Robinson said: "ASAP."

Tennessee State finished 4-7 and 2-3 in the Ohio Valley Conference under second-year Coach Eddie George, a former Tennessee Titans and Dallas Cowboys running back. George's Tigers, who had lost three of their first four games by a combined 21 points, finished the season with a 22-14 win over Texas A&M University at Commerce on Nov. 19.