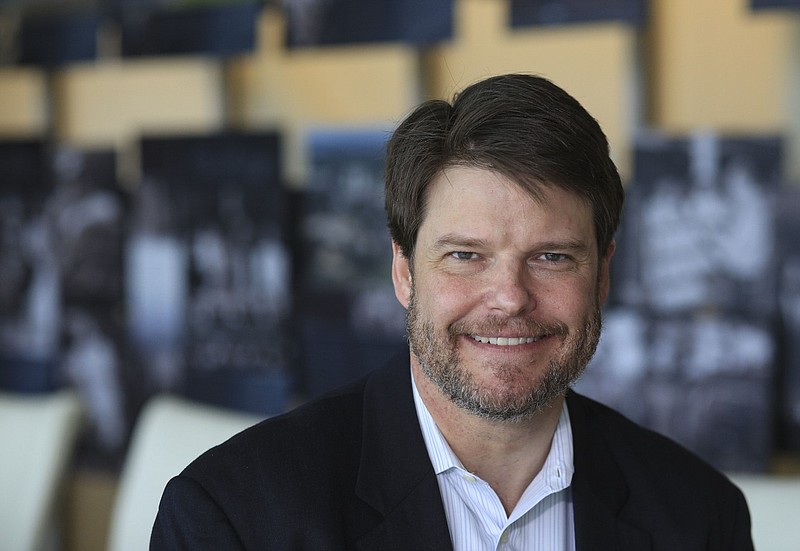 He said he decided not to run for reelection as the party chairman on Sunday, and he sent a written statement Monday to friends and fellow Democrats informing them of his decision.

He said he simultaneously served as the party's unpaid chairman and executive director and "that's lot to carry." He said the party's finances were in a fairly precarious financial position when he started as chairman and the party is now solvent.

Tennille has served as the party's chairman since October 2021 when the State Committee elected him over Jim Wallace of Eureka Springs to serve out the remainder of Michael John Gray's term.

Gray resigned as the party's chairman in September 2021 after serving in the post since March 2017. He is a former Democratic state representative from Augusta who was defeated in the 2018 general election, and then was elected as Woodruff County judge as an independent in the Nov. 8 general election.

The Arkansas Times first reported about Tennille's plan not to seek reelection as party chairman.

Tennille said he prefers to be working behind the scenes.

Serving as party chairman requires someone to be father to a tribe of people with concerns and difficulties, and who all want to talk to the chairman, he said.

Tennille worked in the administrations of Republican Gov. Mike Huckabee and Democratic Gov. Mike Beebe and served a stint as director of the Arkansas Economic Development Commission under Beebe.

He said his decision to depart as party chairman is not linked to results of the Nov. 8 election.

"We didn't go into the election expecting anything really different than we got," Tennille said. "I sort of felt like we held serve, to use a tennis term."

Camden Republican Wade Andrews beat state Rep. David Field, D-Magnolia, in a state House district that was gerrymandered, and Democrats held on to the seats of state Reps. Steve Magie of Conway and David Whitaker of Fayetteville in difficult races, with Magie winning by 10 votes, Tennille said.

"I am satisfied that we did what we could do," he said.

The Republicans hold the state's two U.S. Senate seats, all four congressional seats and all seven of the state's constitutional office posts -- governor, lieutenant governor, attorney general, secretary of state, treasurer, auditor and land commissioner -- and will continue to hold them next year when new officeholders are sworn in.

Tennille said the Democratic Party of Arkansas' State Committee on Saturday could delay the elections for party officer posts, including chairman, until sometime in January.

House Democratic leader Tippi McCullough of Little Rock said she plans to make a motion at Saturday's meeting to delay the elections of party officers. She said she wants to provide more time for potential candidates to consider whether to run and give them time to contact State Committee members.

Dan Whitfield of Bella Vista, a businessman who ran unsuccessfully for the Democratic nomination for the U.S. Senate in the May 24 primary, tweeted Thursday that "I intend to seek a floor nomination to become the next chair of the Democratic Party of Arkansas Saturday morning."

James "Rus" Russell of Little Rock, a businessman who made an unsuccessful bid for the Democratic gubernatorial nomination in the May 24 primary, said he is not going to run for party chairman and he supports Jannie Cotton to be the state chair.

Cotton, of Sherwood, could not be reached for comment by telephone late Thursday afternoon. She is a retired CEO for a mental health organization and has served as the chairperson of the Delta Presents Outreach Foundation, a nonprofit serving youth in Pulaski County and surrounding areas. In the 2020 and 2022 general elections, she lost to state Rep. Karilyn Brown, R-Sherwood.

Hiland told the party's State Committee on Saturday that "We are going to go down ballot.

"Anywhere we have an opportunity to move the Republican platform we are going to move it, and that is going to take effort," he said.

Hiland said in a news release that "Seth Mays has the experience, knowledge, relationships, and the work ethic to thrive in this leadership role. I look forward to working with him in leading the Arkansas Republican Party."

Mays served as political director for Republican Gov. Asa Hutchinson's 2018 reelection campaign and moved to Washington, D,C. to work for the Republican National Committee in local and national communications, where he interacted with media outlets across the nation, according to the Republican Party of Arkansas.

He returned to Arkansas to be the party's senior political director during the 2020 election cycle before working at JCD Consulting, and becoming the party's victory director for the 2022 election cycle. He also worked on former state Republican Party chairman and former state Sen. Doyle Webb's unsuccessful campaign for lieutenant governor.