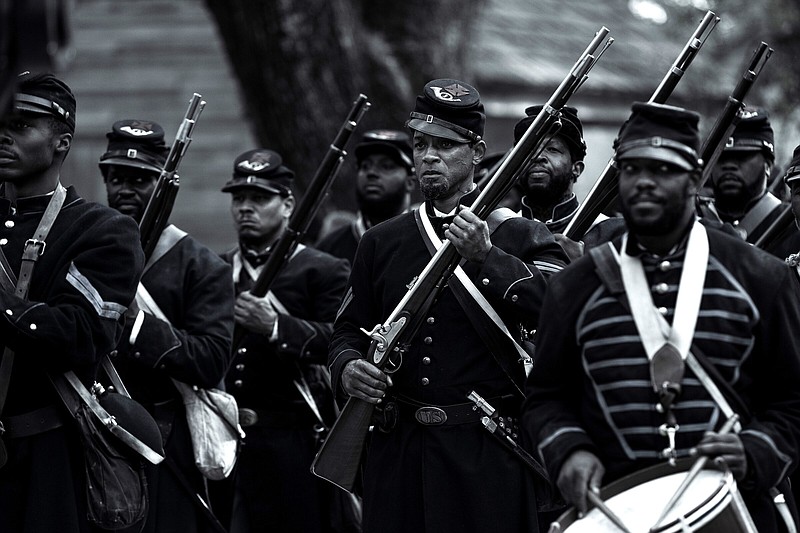 In the wake of Abraham Lincoln’s Emancipation Proclamation, Peter (Will Smith) escapes from a slave camp to fight against the Confederacy in Antoine Fuqua’s “Emancipation.”

Coming off the highs of his first Academy Award win and the lows of his infamous slap of Chris Rock during the live Oscar broadcast, Will Smith has had a lot to navigate over the past year. His shameful and embarrassing behavior tarnished what should have been the biggest night of his career. Sadly, it also seems to have sullied some of the excitement for his follow-up film, the $120 million slavery survival epic(ish) "Emancipation."

For several years now movies about American slavery have been met with all kinds of reactions. I'm guessing it'll be the same for "Emancipation," and not just due to its embattled star. No, it's because the film does several of the things that have irked some folks in the past, mainly its handling of Black suffering. Personally, I don't think "Emancipation" is a bad movie. In fact, director Antoine Fuqua's passion for the material (written by Bill Collage) seeps out of nearly every desaturated image. And Smith delivers what might be the most fiercely committed performance of his career.

But Fuqua (who's known most for his gritty crime thrillers and popcorn shoot- 'em-ups) lets his urge to entertain muddy things up. He seems caught between making a prototypical action flick and something more artistic and inspiring. It leaves the film feeling historically less convincing which isn't good, especially when you're dealing with such weighty subject matter. Collage's script contributes to the problem by leaning too heavily on well-worn action tropes and not enough on character dynamics and history. Still, there are things to admire in this expensive production.

"Emancipation" is taken from the true story of an escaped slave named Gordon (Peter by some accounts). In 1863, Gordon/Peter fled a Louisiana plantation owned by John and Bridget Lyons. For 10 days he was chased by bloodhounds across the treacherous swampland, finally making it to Baton Rouge where he joined the Union army. While there, he was immortalized forever through a photo showing his bare back, scarred and mangled from countless whippings. The photo of "Whipped Peter" was first published in Harper's Weekly but quickly circulated, pulling back the veil on the atrocities of slavery and energizing the abolitionist movement.

While watching "Emancipation" you get the sense that Fuqua and Smith want their film to have a similar impact as that 1863 photo. They've made a brutally graphic movie with shock value that is sure to unsettle some and frustrate others. Their intentions are honorable. They want to awaken their audience to the realities of slavery. But there's a fine line to walk, and sometimes the Hollywood influence can be overpowering.

Despite President Abraham Lincoln's proclamation that all slaves in the Confederate states were free, many people remained enslaved throughout the South. In Louisiana alone, 350,000 were still in bondage. Their only choices were to stay in captivity until the Union army eventually came or seek freedom on their own. "Emancipation" tells a story set within that dark window of time. Liberation was coming, but for many it was impossible to know when. And the wait seemed like an eternity.

For Peter, a God-fearing husband and father of four, the urgency of freedom grows after he's dragged from his family, thrown into a cage, and hauled to a labor camp where he's put to work on a Confederate railroad. He promised his children that he would return, but the horrors surrounding him at the hands of brutal white foremen makes fleeing seem unlikely. But when he overhears that Lincoln has freed the slaves, he determines to escape and make his way to Baton Rouge where the Union army is stationed.

With a few swings of a shovel, Peter breaks free and escapes into the forest. He's immediately pursued by Ben Foster's Jim Fassel, the film's ruthless but otherwise empty villain who makes his own sociopathic sport out of hunting down "runners." Foster is no stranger to playing heavies, but here he's handed a dry and flavorless husk of a character who only serves the purpose of giving Peter someone to flee.

While the first 30 minutes are spent stressing the physical and emotional horrors of slavery (again, well-meaning but sure to turn off some), "Emancipation" quickly becomes a full-on survival thriller as Peter cuts through the gator-infested bayou with Fassel hot on his heels. Then in the third act, with very little buildup at all, the story takes a "Glory"-like turn, complete with large-scale battlefield scenes, fierce combat, and lots of carnage.

These three dramatically different acts may lack the connecting tissue, but they each have their moments in large part thanks to Smith. Storywise his narrowly confined character doesn't allow him much room to stretch. But Smith transforms himself for the role, and the sheer physicality he pours into the performance is astonishing.

Then there's cinematographer Robert Richardson who squeezes nearly every ounce of color from his images to visualize a bleak and forbidding world. His sweeping overhead shots and beautiful framing can come across as showy and even a bit distracting. But more often than not the visuals amaze and show the more inspired side of the movie. They tease what "Emancipation" might have been without the genre trimmings. Thankfully the story of "Whipped Peter" stays intact, and Fuqua deserves credit for his willingness to tell it. 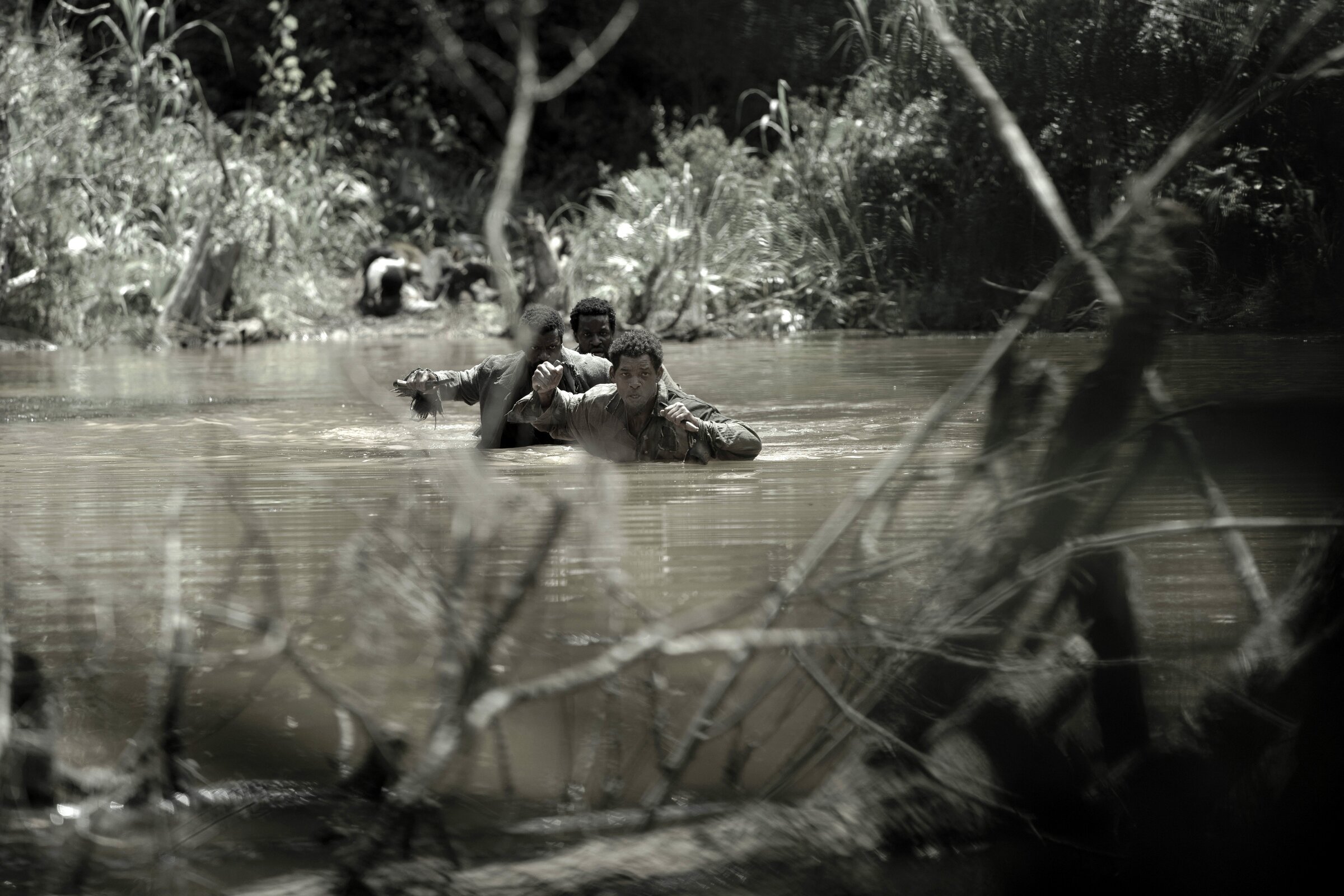 River run: The fierce and determined Peter (Will Smith) leads his fellow enslaved men to freedom in Antoine Fuqua’s well-meant “Emancipation,” which is based on historical events.