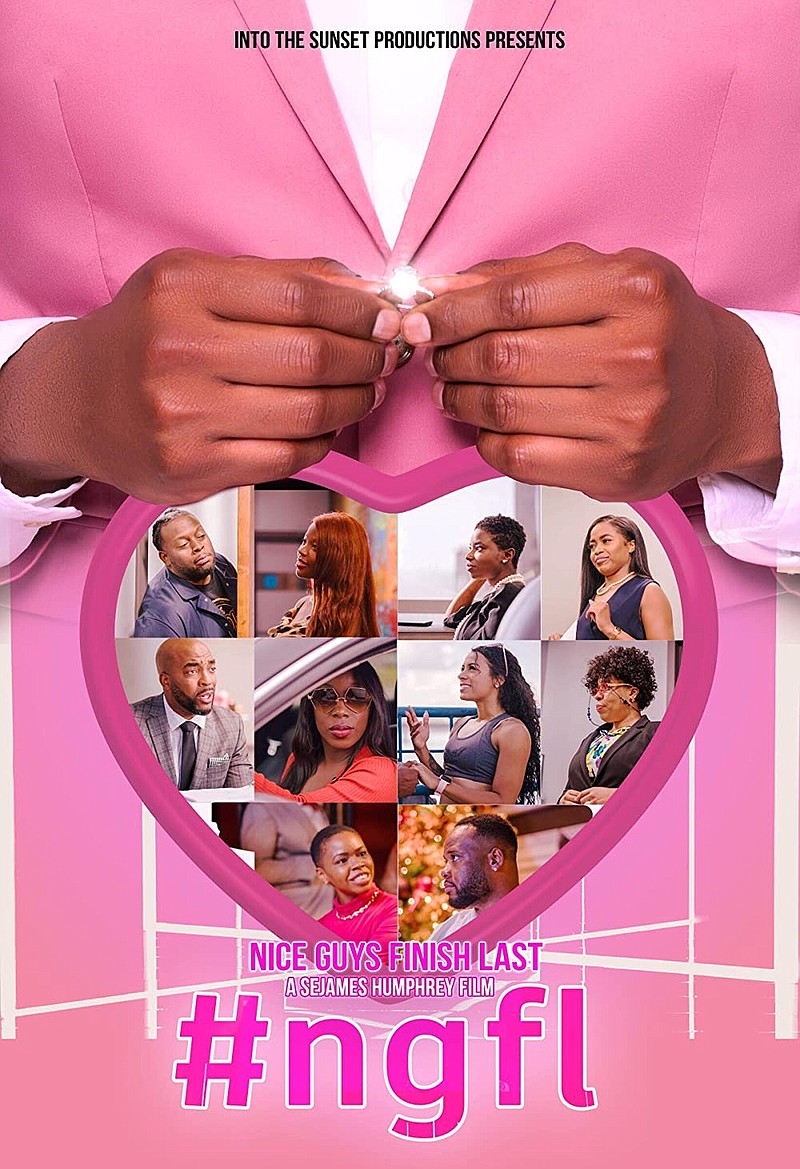 As a local filmmaker, I'm pretty ingrained in our film community here in Central Arkansas. I tend to know about what productions are up and running, and who's working on them. But earlier this year, I was surprised to see advertisements for a locally produced feature film popping up on all my social-media pages. This film's production somehow went under my radar -- I literally knew nothing about it. So, I checked out the trailer, but I didn't recognize any of the cast; I wasn't too familiar with the director, SeJames Humphrey, either. After being a bit ashamed of not knowing about this film, I decided to check it out and get in touch with Humphrey to talk about it.

The film is called "NGFL: Nice Guys Finish Last," and it's currently streaming on a variety of different services, including Amazon Prime and Tubi. Humphrey was not only the co-director of the film, but he also served as the writer, executive producer, and stars in the movie as the lead character. (The film's co-director is K.T. Lester.) The romantic comedy follows James (Humphrey) as he navigates the dating world, moving from one relationship to the next as he constantly finds himself in comedic situations surrounded by a supporting cast filled with oddball characters. It's a plot that we've all seen before, but "NGFL" is unique, especially for a low-budget, locally made film.

Humphrey's uniqueness stems from the fact that he's not your traditional filmmaker. He didn't go to film school. In fact, he has degrees in business and African American Male Christian Leadership. He started his film career as a model and an actor, mainly in commercials. He eventually started his own production company, Into The Sunset Productions, with the intent of making a documentary. Humphrey put together a rag-tag crew to make the documentary, which focused on his youth football coach, a Vietnam war veteran suffering from Post Traumatic Stress Disorder.

After completing his first project, Humphrey decided to tackle "NGFL," his first narrative feature. Now, most filmmakers would start off their career by making a series of shorts till they got the knack for the ins and outs of the technical side of process -- but not Humphrey. He decided to go big and bold, and that perfectly fits his personality.

I met with him at a Starbucks in downtown Little Rock. From the minute he entered the room, you could tell he was an actor; his personality exuded charisma and confidence. Most writers/directors tend to be more introverted, tortured artist types who shy away from the networking part of the business. I had seen Humphrey several times at film events where he was constantly wearing a smile and handing out business cards and convincing others to watch his movies.

One of the first things you notice about "NGFL" is the fact that it has an all-Black cast, which is incredibly ­rare for films in this region. In fact, it's rare to see any locally made movie that has even one Black cast member. Humphrey agreed that this lack of diversity was a big problem for our local film community. He said that he started in acting but the number of roles that were available to him were slim pickings. He decided if people weren't making movies featuring Black characters, he'd take on the challenge in making those movies and telling those stories. So he wrote his script and even went a bit further and hired an all-Black crew.

Considering that his film has a pretty extensive cast, he had to go outside Arkansas to cast a lot of the actors, hiring several people from Atlanta. He admitted that a large chunk of the budget went to casting and having to fly people in for the production. But he also said that this is where his business degree came in handy; what experience he lacked in actual filmmaking, he could make up by looking at the movie through the lens of a producer. He was able to raise a sizable budget and spend it on some good actors (comedian Roderick Minger is a standout in the film) and create a feature-length film, a feat that most local filmmakers -- myself included -- have yet to accomplish. Having a background in business has also proved to be an asset for getting the movie distributed. Humphrey said having a complete product opened up all sorts of doors and led him to a lot of industry connections.

"NGFL" has some clunky moments, but it also has some genuine laughs in it. And it's an admirable and successful attempt by a first-time filmmaker. Humphrey admits there are things he could have handled differently to increase the quality of the film, and he's using the movie as a learning experience to improve his skills for his next project, which he's currently working on.