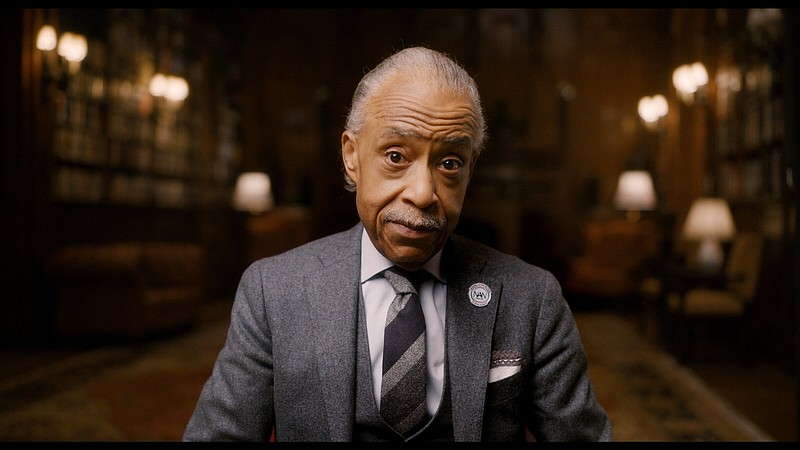 A Baptist minister, civil rights activist and talk show host who has made it his life’s work to call attention to racism and racially motivated violence, the Rev. Al Sharpton explains his controversial methods in the documentary “Loudmouth.”

In evaluating a movie, it's fair, if not absolutely necessary, to consider the filmmakers' goals and how well the film accomplishes them. Leni Riefenstahl's "Triumph of the Will" (1935) is both a masterfully realized film and effective propaganda in service of a monstrous cause. You don't have to reduce your judgment to a thumbs up or down.

You probably should see "Triumph of the Will." You should not be seduced by it.

"Loudmouth," Josh Alexander's documentary about the Rev. Al Sharpton, is, on one level, your basic hagiography. It's an (almost completely) uncritical look at a figure that most of us would consider an over-the-top provocateur, if not an out-and-out charlatan. I have my opinion of Al Sharpton and you probably have yours too -- and I doubt many people who take Sharpton for a race-baiting clown or as, as the late investigative journalist Wayne Barrett allows early on in the documentary, "in the civil rights business" as opposed to being a "civil rights leader," will watch, much less have their consciousness raised by the film.

There's nothing unusual about that. Art is an accumulative catalyst; it's like water dripping on stone. Erosion occurs but the change is incremental. The progress is real, but unobservably slow.

And Sharpton was not a patient man. And the documentary -- which consists of Sharpton, who has aged into an unlikely elder statesman, an elegant eminence grise who is trimmer (175 pounds lighter) and better dressed than the track-suited firebrand who emerged in the 1980s, talking and archival footage of his exploits -- argues that had we paid more attention and gotten the facts right in the first place, perhaps we wouldn't be facing our current crisis of credibility.

For most of us, Sharpton emerged in 1984, after "Subway Vigilante" Bernhard Goetz shot four young Black men who accosted him on a New York subway. Sharpton reminded us that there was, in fact, no mugging and "nobody proved" the victims were the "subway punks" they were characterized as in the media.

"The issue here is there was an illusion in his mind," a young Sharpton tells a television reporter in archival footage. "Did he have a right to shoot people with that illusion?"

Some people -- maybe some of you -- would argue Goetz did. That his fear was genuine, and when the men asked him for $5 he was justified in pulling out a pistol and firing until he ran out of bullets. Nearly 40 years on, in some places in this country, the law would be on Goetz' side.

Sharpton explains that his brashness was by design; like Don King (or Donald Trump), his pro-wrasslin' outrageous was a tool to gain and hold the attention of a fickle media -- a way of getting in the arena where he could make his case for his underdog clients. With his processed pompadour and dangling medallions, Sharpton sought to maintain a certain street credibility even as he impressed himself on those in power, calling out the likes of Mario Cuomo and Rudolph Giuliani as he found himself at the forefront of a succession of racially charged atrocities.

In 1986, Michael Griffith, a 23-year-old Black man, had his car break down in Howard Beach, a predominantly white section of Queens, around midnight. When he and two friends went to find a pay phone, they were chased and beaten by a group of white teenagers after they emerged from a pizza parlor. As he tried to escape Griffith ran onto a highway and was struck and killed by a car.

In 1989, Yusef Hawkins, a 16-year-old Black man, was beaten to death by a mob of baseball bat-wielding white youths in Bensonhurst, Brooklyn.

Sharpton might have overplayed his hand when he became involved with the Tawana Brawley case. Brawley was a teenager from upstate New York who claimed she was abducted by four white men -- including a police officer and a district attorney -- who raped her. She was found in a trash bag, with feces smeared in her hair. (While some people still believe there is more to the story, the simplest and most probable answer to what happened to her is that she made the incident up to avoid getting into trouble.)

But as you might expect from a documentary that exists to tell Sharpton's side of the story, the Brawley incident doesn't get much attention here; and while it's absolutely true that the dominant media has a double standard for Black activists it wouldn't apply to white do-gooders -- observe Lesley Stahl's smirk when she notes that Sharpton lives in a "fancy'" place -- there's a lot here that goes unchallenged.

And that's OK, so long as you understand that this is Sharpton's brief and not a balanced look at his life and career. It reminds me of "Created Equal: Clarence Thomas in His Own Words," Michael Pack's 2020 documentary that posited the Supreme Court justice as an American hero.

And, as far as it goes, there's a lot of interesting biographical stuff here -- Sharpton's childhood was complicated when his father left his mother to start a family with Sharpton's 18-year-old half-sister, a psychic trauma that he initially refused to acknowledge. Sharpton found surrogate fathers in his church pastor Bishop Washington, Rev. Jesse Jackson and James Brown, whose tours he managed for nearly a decade. At 18, Sharpton was the youth director for Shirley Chisholm's 1972 presidential campaign.

It's been a long strange trip that has led him to the wood-paneled parlor of Manhattan's Lotos Club, where Sharpton sat for Alexander's camera.

Sharpton is part of the establishment now, a part of the media he once railed against. He does live in fancy places and move in fancy circles, but money and power accrue to those who capture and hold our attention in this country, and if Sharpton's motives for capturing that attention weren't unimpeachable you can't say he's been ineffective either; or that more polite methods would have worked better. They wouldn't have.

"Critics would say that all Al Sharpton wants is publicity," he said in his eulogy for George Floyd. "Well, that's exactly what I want. 'Cause nobody calls me to keep a secret. People call me to blow up issues that nobody else would deal with. I'm the blow-up man, and I don't apologize for that.

"George Floyd's story has been the story of Black folks. Because ever since 401 years ago, the reason we could never be who we wanted and dreamed of being is that you kept your knee on our neck."

The movie is a puff piece. That is its intention. It's probably not going to change anyone's mind about the Rev. Al Sharpton.

But that doesn't mean it doesn't tell some truths. 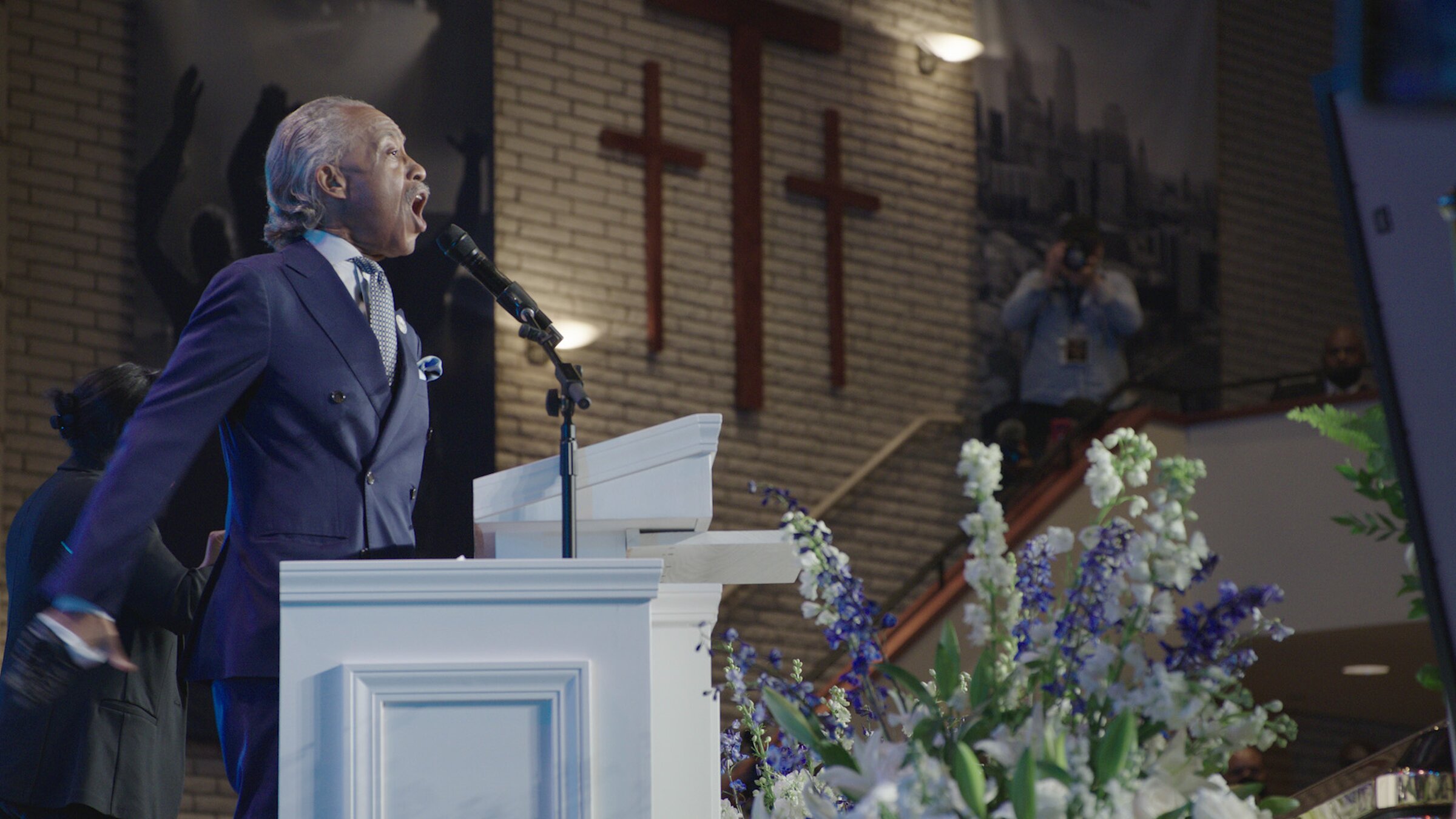