Mbappe’s impact may start to surge 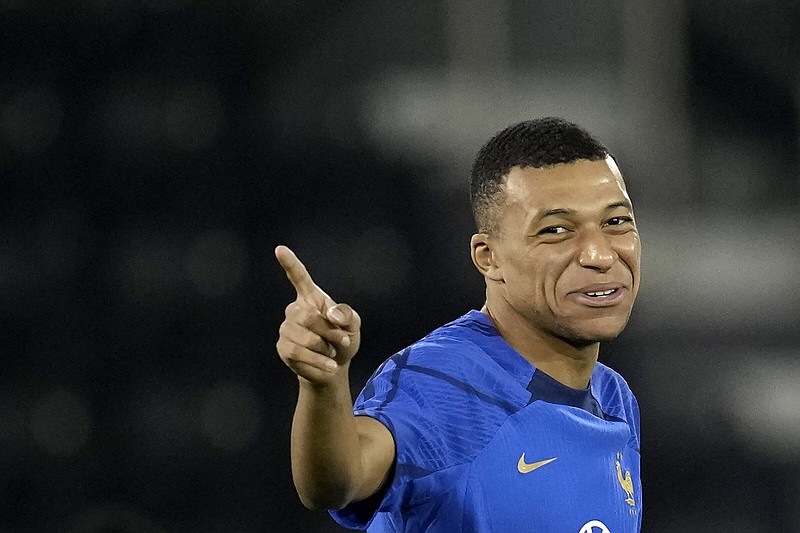 DOHA, Qatar -- Lionel Messi and Cristiano Ronaldo are not ready to say goodbye to the World Cup just yet.

But the clock is ticking on their careers and Qatar could be the last time we see them on soccer's biggest stage.

With that in mind, thoughts naturally turn to a new generation and life beyond two men who have dominated the sport for the past 15 years, sharing 12 Ballon d'Or awards for best player in the world and nine Champions League trophies between them.

Theirs are big shoes to fill and, to their legions of fans, each one stands alone as the greatest of all time.

So if separating Messi and Ronaldo has been difficult enough, imagine replacing them.

But life -- and sport -- moves on and the World Cup is the perfect stage for a new breed of would-be superstars to showcase their talent.

One name stands out above all as the natural heir to the big two: Kylian Mbappe.

"I think we still have not seen the best of Kylian," said France teammate Olivier Giroud. "He is amazing and he is still young, which is scary because he still can improve his game."

Not that Mbappe could be described as "new." He may only be 23 and still waiting for his first Ballon d'Or or Champions League trophy, but Mbappe is already a World Cup winner and the leading scorer at this tournament with five goals.

He has the trophy Messi and Ronaldo crave -- and in a week or so, could have two of them.

Mbappe could also have two or three more World Cups left in him, and, with nine goals over two tournaments so far, he is closing in on Miroslav Klose's all-time record of 16 at the finals.

Qatar feels like a passing of the torch to the Paris Saint-Germain forward, who combines mesmerizing footwork with devastating speed and clinical finishing, which are the qualities that set Messi and Ronaldo apart for so long.

But to match their powers of longevity, perhaps what Mbappe requires most, is a rival to push him to greater heights.

Would Messi or Ronaldo have reached such feats of excellence without the other one driving them on?

The most obvious challenge to Mbappe right now comes from Erling Haaland, the Manchester City goal machine whose country, Norway, didn't qualify for the World Cup.

He is a different prospect: raw power and goals, without the finesse or individual skills of Mbappe. But if it is about numbers, Haaland has the potential to go toe-to-toe with him in terms of European trophies and scoring.

The World Cup has provided less obvious competition for Mbappe.

England's Jude Bellingham represents a different profile of player, but his dominant midfield performances have driven his country to the quarterfinals where it will meet defending champion France.

"I love playing with him, he's young, he's energetic, he gets around the pitch really well," said teammate Declan Rice. "For every game that I've played with him so far, I've just said to him: This is your stage, go out and perform."

Elsewhere, Netherlands forward Cody Gakpo has three goals and has enhanced his reputation after being linked with a transfer to Manchester United in the summer. But he is playing his club football in the Dutch league with PSV Eindhoven, so still has work to do to be considered among the elite players.

"Things can change, but Cody has everything it takes to become a star," said Netherlands Coach Louis van Gaal. "He has a wonderful personality to become a star player because he is open-minded to anything and everything."

Portugal's Joao Felix is yet to fulfil his potential at Atletico Madrid, but has shown flashes of the talent that saw him identified as a star of the future when emerging at Benfica. He has the type of individual, game-changing qualities to see him stand out from the pack, while the chance step out of Ronaldo's shadow for his country could help his development.

Meanwhile, Felix' Portugal teammate Goncalo Ramos has suddenly thrust himself into focus after his hat trick against Switzerland in the round of 16 when replacing Ronaldo in the line up.

Vinicius Junior, 22, is emerging as a force for Brazil and a potential successor to Neymar as his country's next icon.

"He's made progress since joining Real Madrid and has been showing that at the World Cup," said Real Madrid clubmate Luka Modric.

Germany's Jamal Musiala is seen as his country's big hope, while Spain midfield pair Gavi and Pedri are bringing back memories of the country's all-conquering partnership of Xavi and Andres Iniesta.

But in terms of impact, influence and star appeal, none can compare to Mbappe.

Of course, Messi and Ronaldo are not done yet.

And who would put it past either one of them to add one more winning chapter to their story at this World Cup? 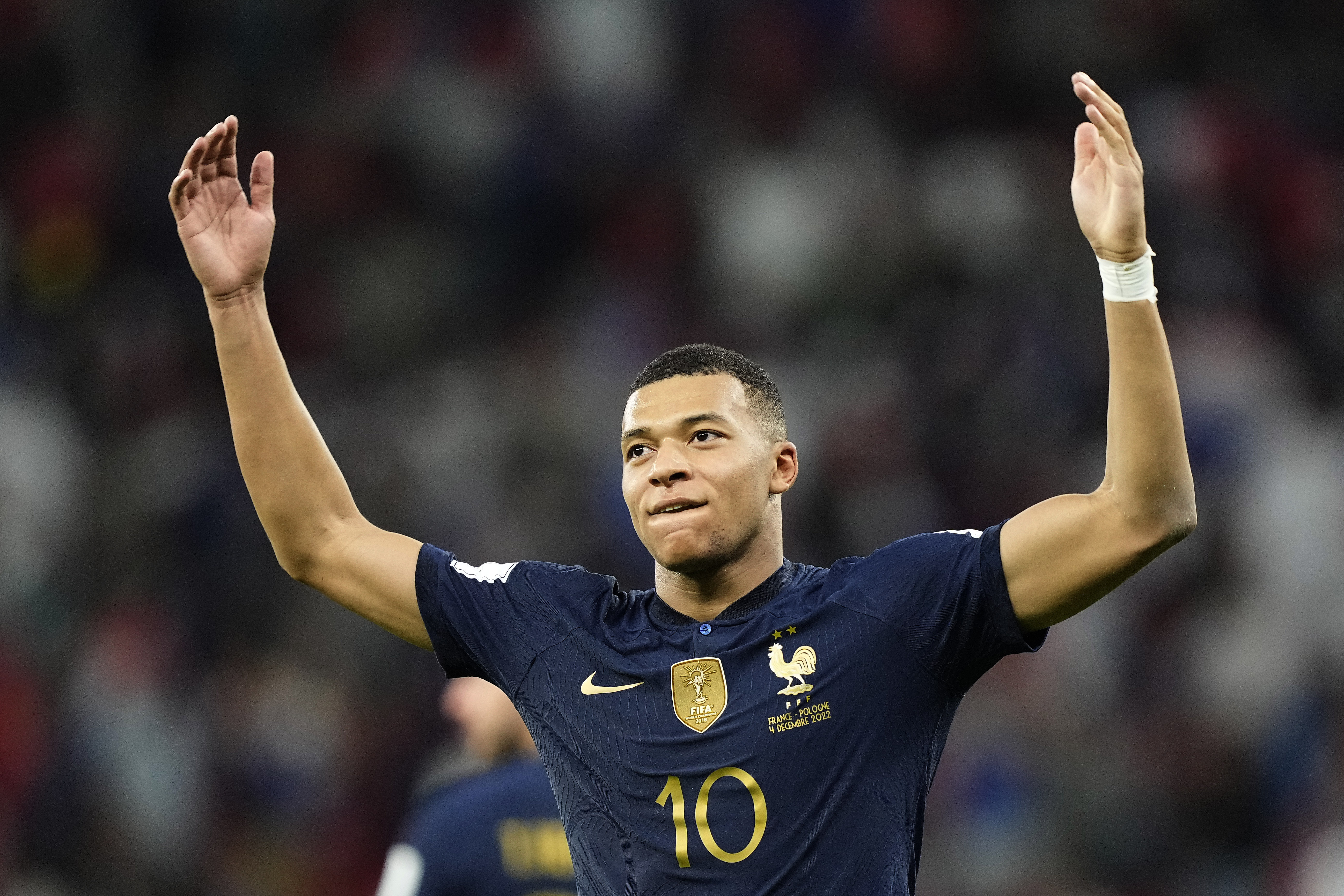 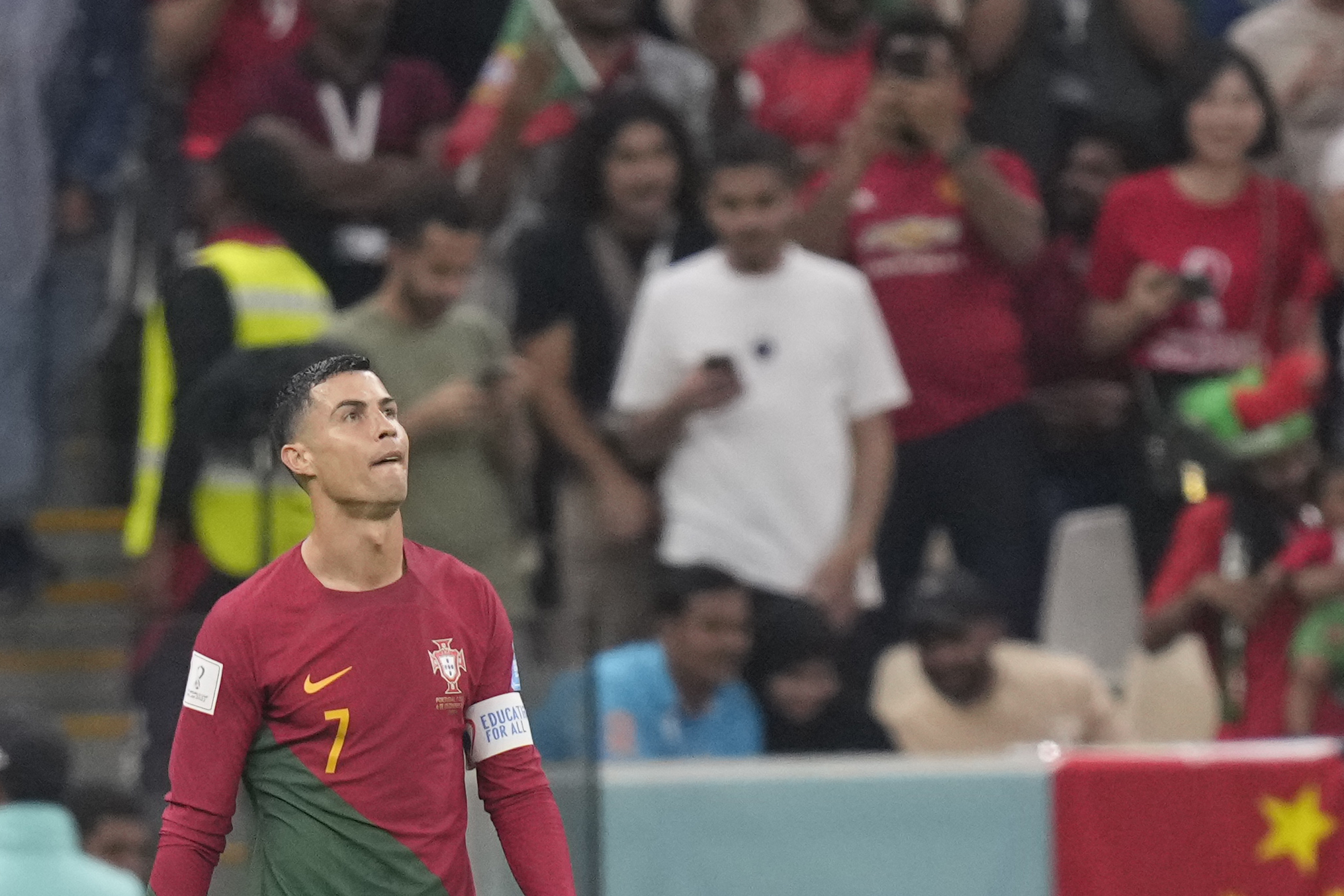 Portugal's Cristiano Ronaldo look on during the World Cup round of 16 soccer match between Portugal and Switzerland, at the Lusail Stadium in Lusail, Qatar, Tuesday, Dec. 6, 2022. (AP Photo/Darko Bandic) 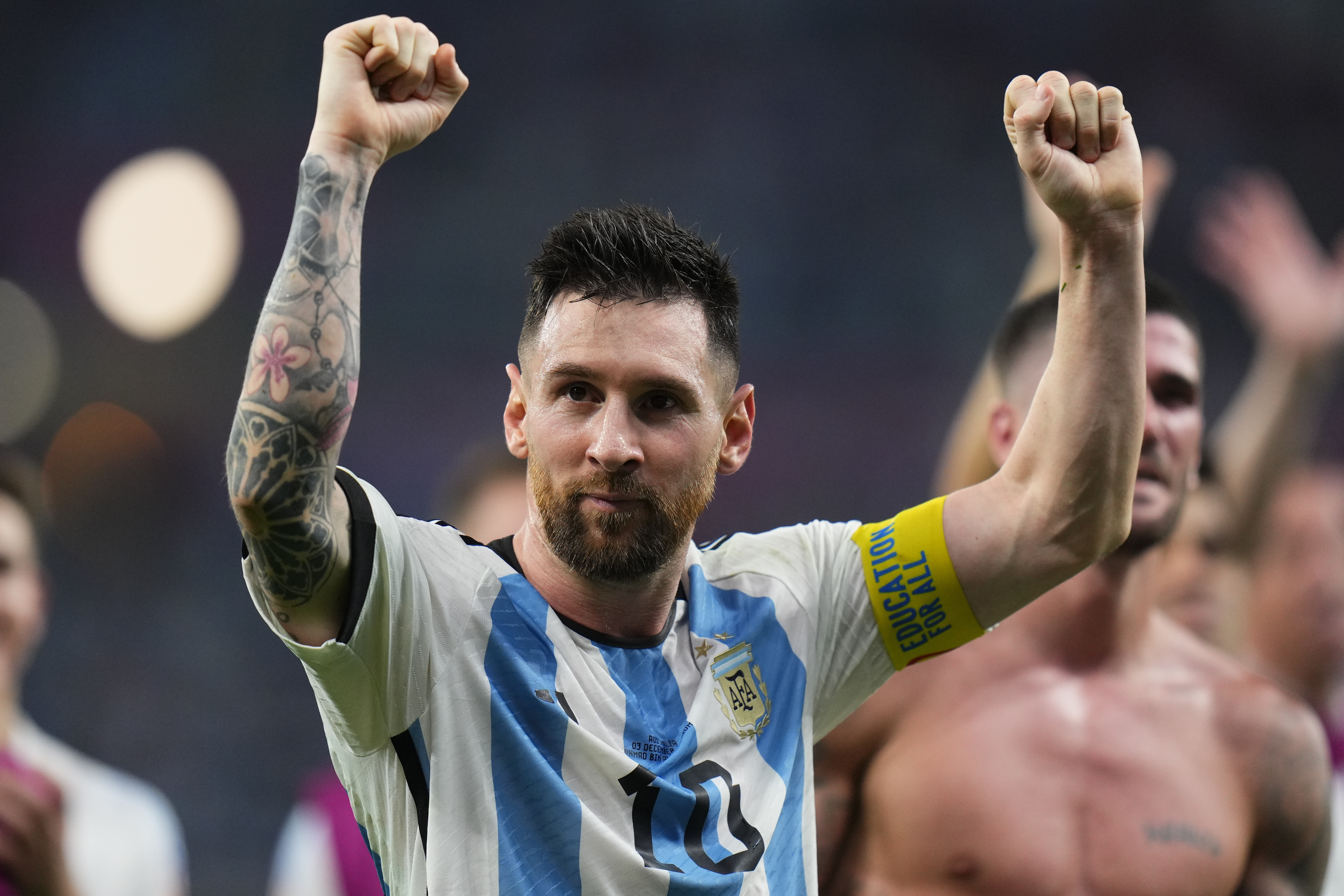 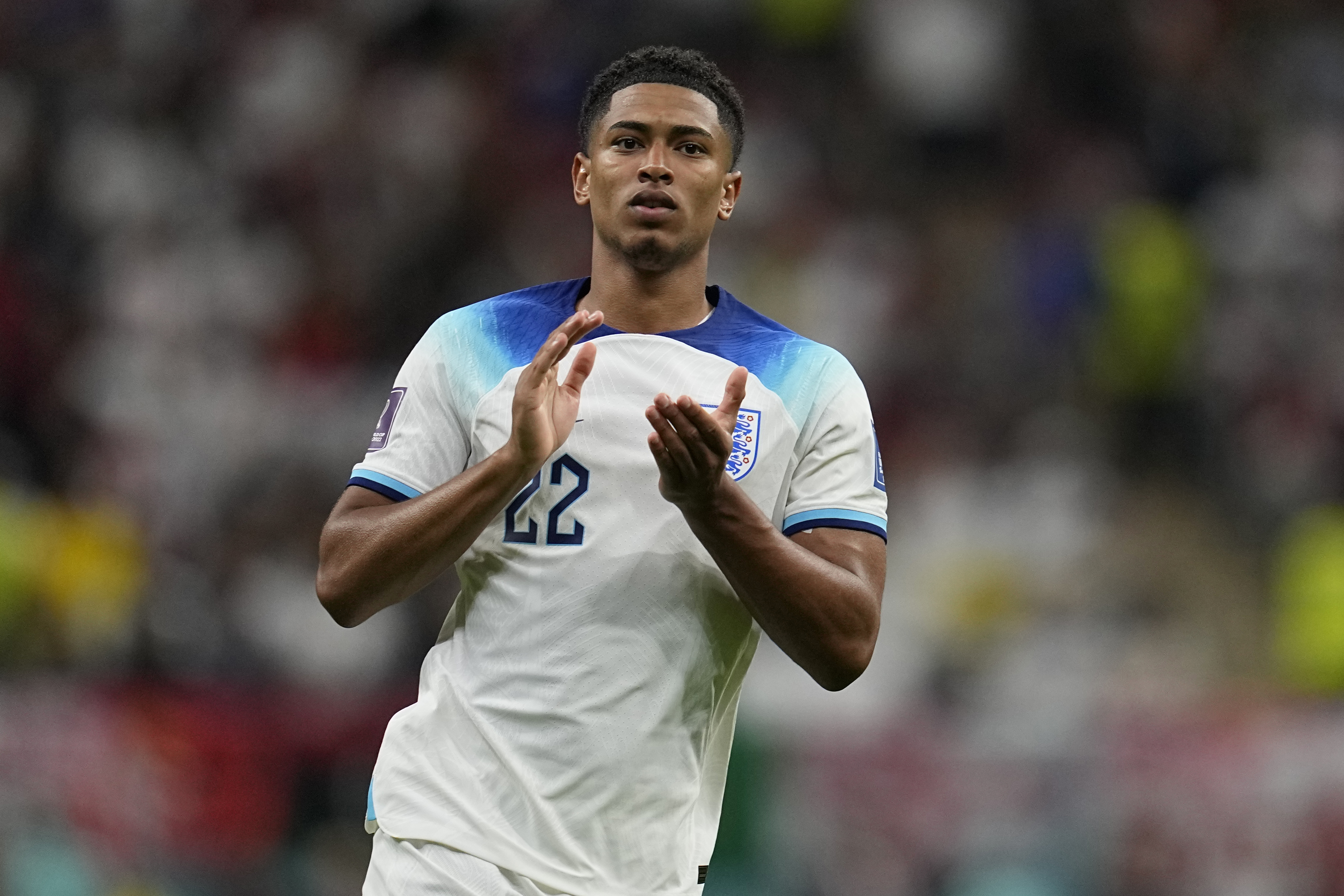 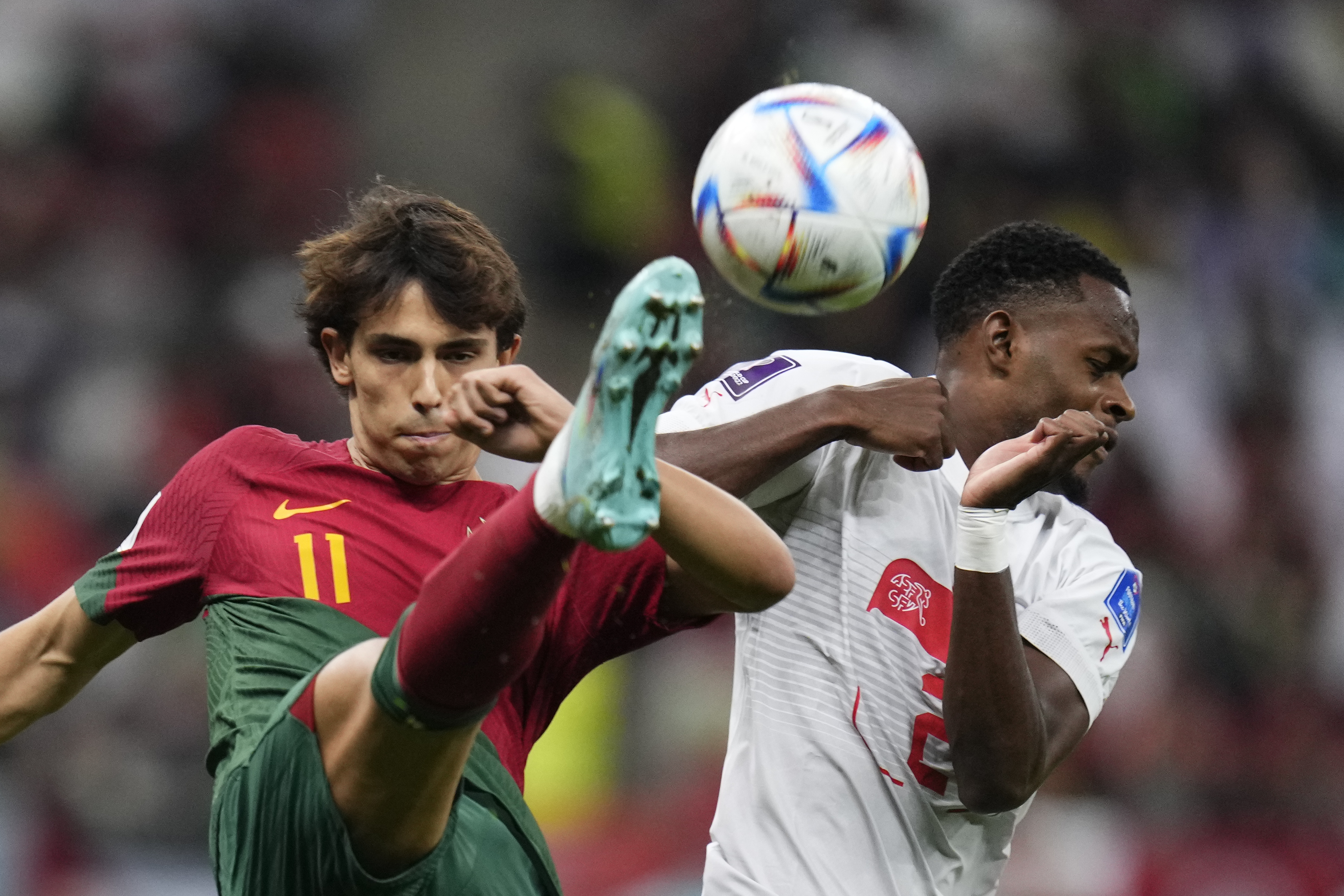 Portugal's Joao Felix, left, and Switzerland's Edimilson Fernandes battle for the ball during the World Cup round of 16 soccer match between Portugal and Switzerland, at the Lusail Stadium in Lusail, Qatar, Tuesday, Dec. 6, 2022. (AP Photo/Manu Fernandez) 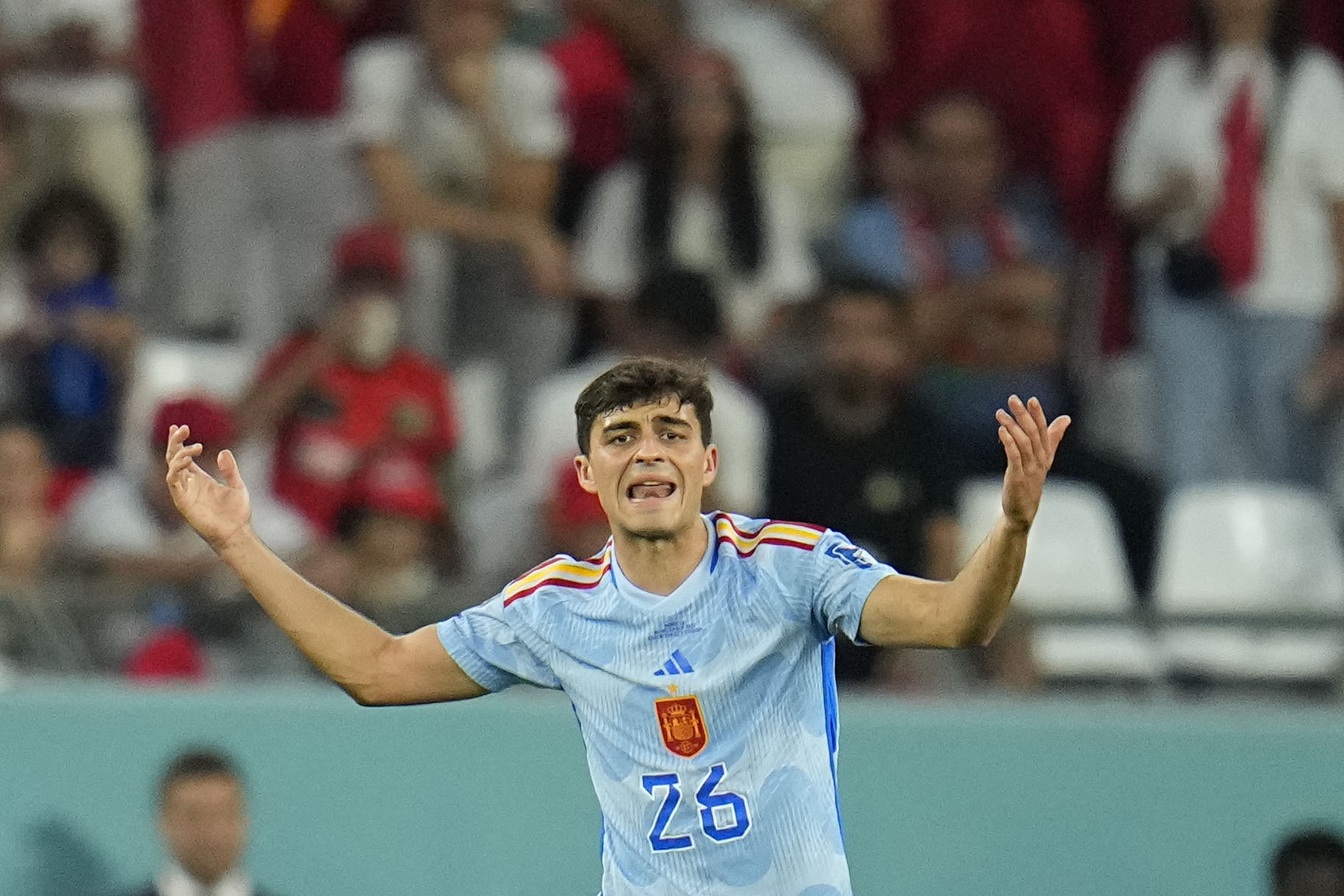 Spain's Pedri reacts after his team missed a scoring chance during the World Cup round of 16 soccer match between Morocco and Spain, at the Education City Stadium in Al Rayyan, Qatar, Tuesday, Dec. 6, 2022. (AP Photo/Julio Cortez) 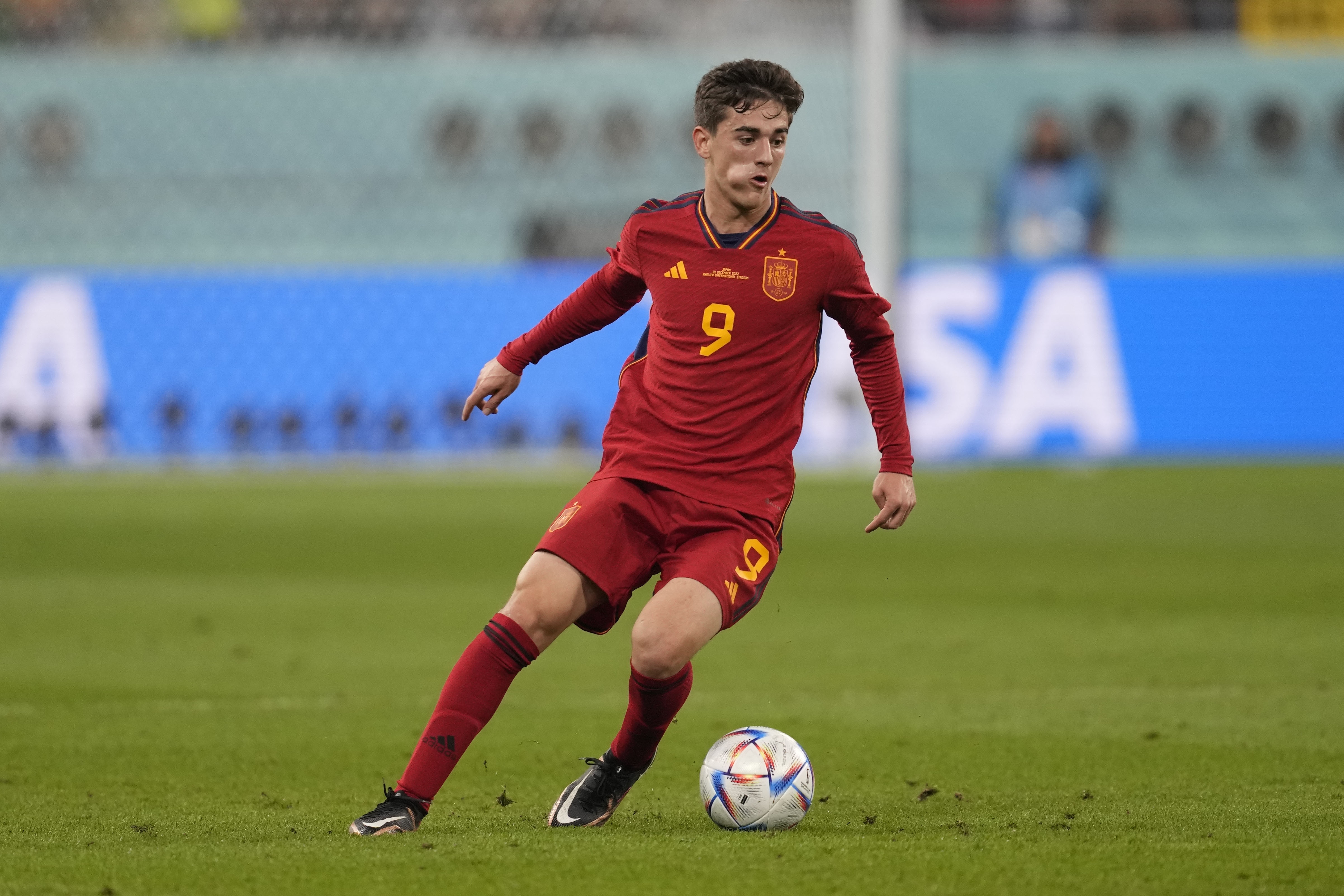 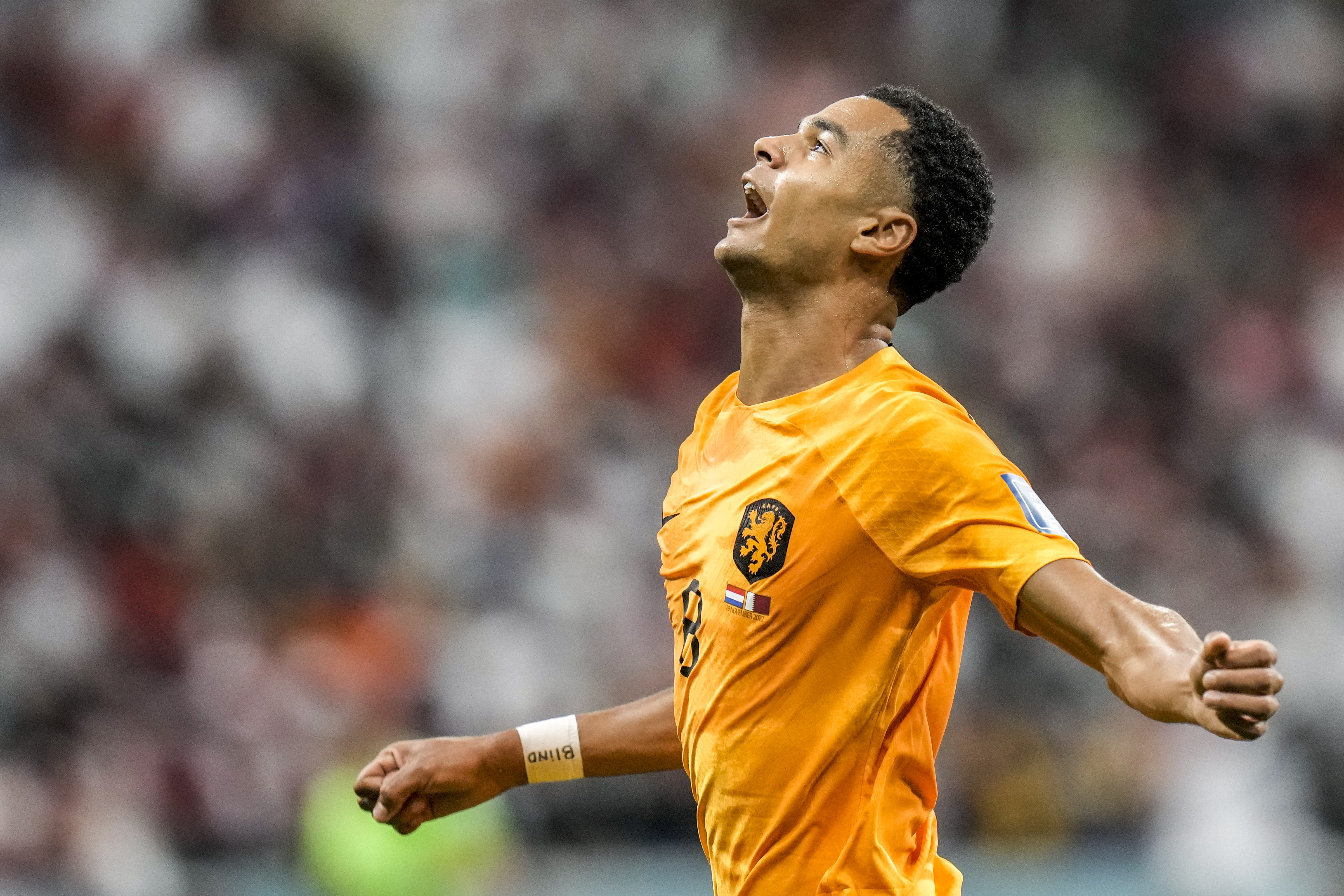 Cody Gakpo of the Netherlands celebrates after scoring his side's opening goal during the World Cup group A soccer match between the Netherlands and Qatar, at the Al Bayt Stadium in Al Khor , Qatar, Tuesday, Nov. 29, 2022. (AP Photo/Moises Castillo)