‘Memories of My Father’ 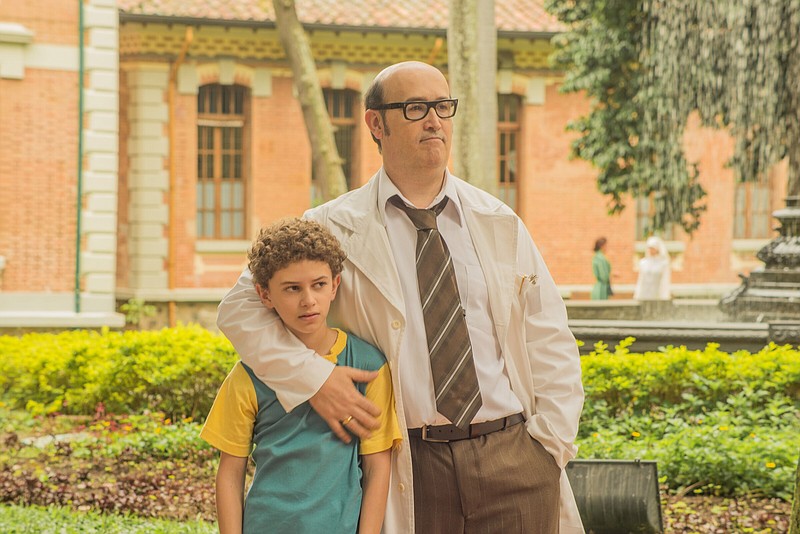 A loving but sometimes strained relationship between Dr. Hector Abad Gomez (Javier Camara) and his son Quiquin (Nicolas Reyes Cano) is examined in Fernando Trueba’s reality-based “Memories of My Father.”

It's no mystery why "Memories of My Father" makes the late Colombian medical professor Dr. Hector Abad Gomez seem consistently upright and brave. His son, writer Hector Abad Faciolince, clearly loved and misses his dad, and Spanish director Fernando Trueba and his brother David, who co-wrote the script, have followed Faciolince's "Oblivion: A Memoir" closely.

While Faciolince's affection gushes from every page, his text vividly reveals the doctor as an engrossingly complicated man. In some ways, both Faciolince and the Trueba brothers reveal a saint with believable flesh and bones the way Michelangelo would with a sculpture.

Ably played by Javier Camara, Dr. Gomez would do just about anything for his family and the people of Medellin. Nonetheless, he makes enemies despite his obsession with the common good. His passionate newspaper op eds about inadequate drinking water, which is killing the town's poor, alienate city officials and the church. The latter is already miffed as the good doctor almost never enters a house of worship. His insistence on all having the right to proper medicine gets him labeled a communist.

Because he refuses to take part in violent protests, some of his students dub him a fascist.

In the eyes of his son, who's nicknamed "Quiquin," neither label fits.

The doctor disciplines Quiquin (Nicolas Reyes Cano) when the lad makes the mistake of joining a peer in harassing a Jewish couple. Barely raising his voice, Dr. Gomez makes the lad aware of the harm he has caused and leaves a lasting impression in the process.

When Quiquin's aimless behavior as an adult (Juan Pablo Urrego) leads to serious harm, the doctor again manages to get his offspring to see the error of his ways.

Camara effortlessly conveys both Dr. Gomez' kindness and his steely determination. It takes no imagination to see why Quiquin and legions of others in Medellin in the 1970s and '80s love him and why thin-skinned authorities loathe him.

Behind thick glasses, Camara projects an unpredictability that helps keep the elder Gomez from becoming a caricature. Similarly, the Trueba brothers present the Medellin from five decades ago in a vivid but unflinching light. The Gomezes may be a generally loving family, but the doctor's activities sometimes force him to work half the world away because he has upset the powerful at home. Also, the same misfortunes that afflict most families don't care about his service to the people of the city.

Because Quiquin and his sisters have distinct personalities, it's easier to get involved with how Dr. Gomez' actions take a toll on them as well. His marriage suffers and he has trouble focusing on his more personal responsibilities like paying the bills. The compensation for Colombian professors is better than some of the other jobs in the area, but his wife knows his spending and his gift for upsetting employers means she has to work, too.

The bright color photography of the '70s sequences and the silky black-and-white of the '80s portions depict a world where being in a loving family is rewarding, but isn't much defense against violent paramilitaries.

Fernando Trueba's previous movies have effortlessly juggled nostalgia without negating the darker forces in the world. "Belle Epoque" is a gorgeously romantic movie set against the real turmoil of the Spanish Civil War. With "Memories of My Father," Trueba achieves a formidable balancing act by balancing Quiquin's sweet memories with the political tension that dominates his hometown.

After seeing "Memories of My Father," it's unlikely anyone will want an action figure of Dr. Gomez, but Trueba and Camara make the long-dead professor seem so real that he practically leaves the theater with you.

Print Headline: ‘Memories of My Father’