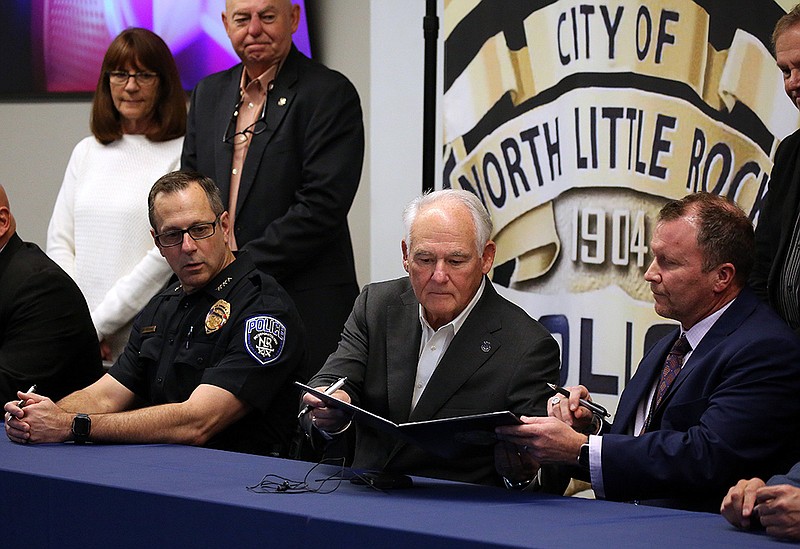 Individuals may make more, based on several factors, including educational attainment and being bilingual.

"Our signing a contract for another two years is very, very important," said Hartwick at the North Little Rock Justice Center, where the city held a public signing for the first time.

"I wanted to do it so everybody can see how we get along and how in some of most people's darkest days, they have to step up and do their job when most people just can't comprehend."

Capt. Brian Dedrick, who heads the department's investigations unit and who is president of the North Little Rock Police Department Supervisors Association, said issues with recruitment and retention of police officers have been ongoing for the last few years across the country.

"Our City Council approved a raise that we negotiated with the city and the mayor's office and not only did this help bring new officers in and help bring salaries up for the newer officers, but it also focuses on the salaries for older officers and more senior officers so that we keep them here," Dedrick said.

Detective Michael Gibbons, who is president of the Fraternal Order of Police, said every officer appreciates the city's "nonstop support."

The Police Department currently has 245 officers. There are 39 non-uniform personnel and six part-time employees.

The city's Fire Department has 166 firefighters, with three non-uniform positions. Fire Chief Gerald Tucker said about three to eight firefighters retire per year and the department currently has seven vacancies. The Arkansas Fire Training Academy in Camden hosts classes five times a year, which is part of the challenge to bring on new firefighters, Tucker said. 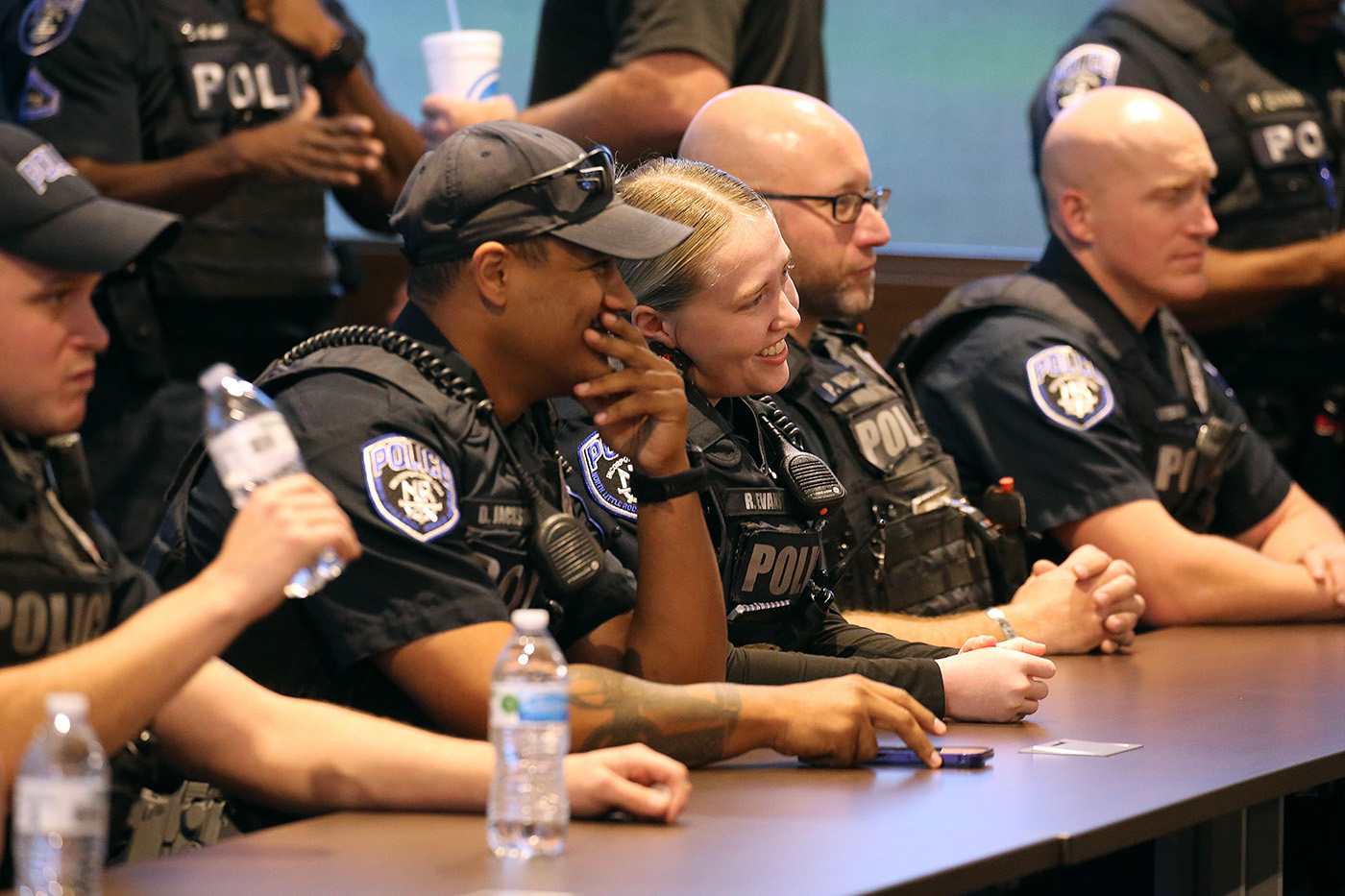