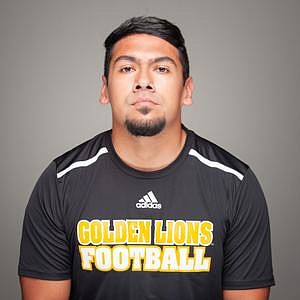 University of Arkansas at Pine Bluff offensive lineman Mark Evans II was named to his fourth First Team All-SWAC list a little more than a week ago and has now been honored for his outstanding performance this season as Phil Steele FCS Offensive Lineman of the Year, and First Team All-American, the university announced Thursday.

In 521 snaps, Evans graded 93% with only two sacks allowed the entire season. The 6-foot-4, 295-pound Evans, who's been compared to former UAPB tackle Terron Armstead (now of the Miami Dolphins), started in 9 out of 11 games this season at the left tackle position for the Golden Lions. Evans played a significant role in UAPB running back Kayvon Britten ranking 17th in the Football Championship Subdivision and second in the SWAC, averaging 5 yards per carry (fifth in FCS and first in the SWAC) and rushing for 16 touchdowns.

Sanchez, who was labeled one of the top FCS punters in the nation, ranked second in the conference, averaging a net punt of 41.5 yards per punt. Sanchez pinned 18 punts inside the 20, booted 11 punts over 50 yards and three punts 60 yards or more. Sanchez had a season-long punt of 68 yards against Oklahoma State.

Reny was a key piece of the Lions' success in special teams. He started all 11 games.

Dozier ranked in the top 10 in several categories in the conference: fourth in total tackles (87), eighth in tackles per game (7.3), ninth in solo tackles (41), and fourth in sacks (4). Dozier finished with a season-high 17 tackles against Alabama State. 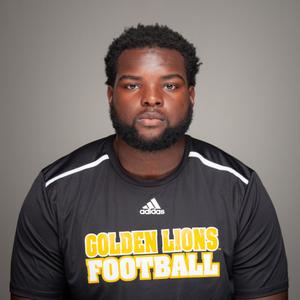 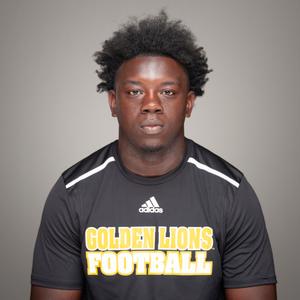 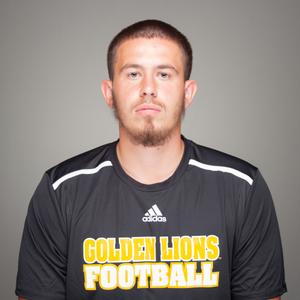