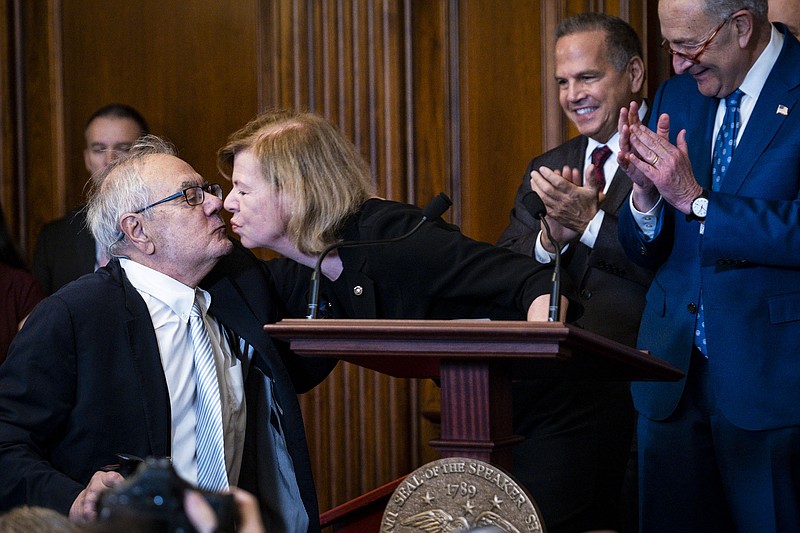 WASHINGTON -- The U.S. House of Representatives passed legislation Thursday protecting same-sex and interracial marriages, with all four Arkansas delegates voting against the measure.

The amended version of the Respect for Marriage Act would require the federal government to recognize unions regardless of the two individuals' sex, race or ethnicity.

Thirty-nine Republicans joined Democrats in the 258-169 vote, sending the measure to Democratic President Joe Biden's desk for his signature. The Senate passed the bill last week in a bipartisan vote.

"It wasn't even anything I had to put much thought into," Westerman, of Hot Springs, told the Arkansas Democrat-Gazette following Thursday's vote. "I'm a strong advocate for family and the sanctity of marriage between one man and one woman."

Under the legislation, states would be required to recognize same-sex and interracial marriages from other states, but these governments would not have to issue marriage licenses that conflict with their laws. Religious organizations, such as churches and schools, would not have to provide services to same-sex couples and other groups who do not follow their beliefs.

The measure additionally repeals the Defense of Marriage Act, which Democratic President Bill Clinton signed into law in 1996 to establish the federal definition of marriage as "only a legal union between one man and one woman as husband and wife." States also can refuse to recognize same-sex marriages under this law.

House Speaker Nancy Pelosi, D-Calif., described the legislation on the chamber floor as a "stark step forward in Democrats' fight to defend the dignity and equality of every American." The measure is one of Pelosi's final actions as speaker before Republicans take control of the House in the new year.

Westerman described the Respect for Marriage Act as an example of the federal government pushing its authority.

"Technically, it doesn't matter what the United States Congress or any other government says what real marriage is. They can't define true marriage," he said. "It's just another example of government overreach and government getting in a lane that government doesn't belong in."

The legislative action is rooted in the U.S. Supreme Court's June decision to overturn the national right to abortion. Justice Clarence Thomas, in a concurring opinion, suggested the court review "all of this Court's substantive due process precedents," including the Obergefell v. Hodges decision affecting same-sex marriage. Other justices insisted this summer's abortion ruling does not affect the court's other precedents.

"With the passage of the Respect for Marriage Act, we can put to rest the worries of millions of loving couples who are concerned that someday, an activist Supreme Court may take their rights and freedoms away," Sen. Tammy Baldwin, D-Wis., said during the House ceremony celebrating the passage.

Baldwin is the first openly LGBTQ person elected to the Senate.

"We are giving these loving couples the certainty that their marriages are legal and that they will continue to have the same rights and responsibilities and benefits of every other married couple."

Womack, of Rogers, said he did not think Congress needed to address the matter, stating the Supreme Court settled the issue with its 2015 decision.

"However, that said, a significant portion of the people I represent have strong feelings about issues of marriage, and so I'm a reflection of what I believe is the prevailing collective opinion on the subject," he added.

Crawford, of Jonesboro, agreed that the Supreme Court answered questions about same-sex and interracial marriages.

"There's no indication that I can see that they're going to change their opinion on that," he said. "This bill strikes me as, really, just a cynical partisan exercise."

Crawford described concerns about the Supreme Court overturning the right to same-sex and interracial marriages as "scare tactics."

"We've already settled that," he said. "I think it's a solution looking for a problem."

When asked about concerns stemming from the June abortion ruling, Westerman said the Supreme Court's decision overturning the Roe v. Wade decision on abortion was the correct decision. He described the original 1973 case as an "error" by the court, and the recent decision gives authority on the matter back to state governments.

"And also, I think the Supreme Court made an error on Obergefell," he added.

Twelve Senate Republicans joined Democratic lawmakers in last week's vote to pass the marriage resolution. Sens. John Boozman and Tom Cotton opposed the legislation. Boozman called the measure "an attempt by Democrats to score political points by manufacturing a threat to marriage that the court acknowledges is unfounded." Cotton stated marriage is a matter outside of Congress' authority.

A bipartisan Senate group amended the legislation to include language protecting religious organizations. Crawford, Womack and Westerman said the insertion did not result in reconsideration of the proposal.

"I still think there are potential conscience issues, no matter what protections the Senate version provides," Womack said. "I just think it's loose enough that it could harm people that have pretty serious conscience issues on it."

Hill's office did not return a request for comment.

According to the UCLA School of Law's Williams Institute, a think tank that studies LGBTQ issues and policy, 3.3% of Arkansas' population is lesbian, gay, bisexual or transgender and around 4,200 couples have same-sex relationships.

In an interview with the Arkansas Democrat-Gazette preceding the Senate's vote, Sarah Warbelow, legal director for the LGBTQ-advocacy group Human Rights Campaign, said the legislation was a "critical step forward, but this is not the end of the line."

"This is sort of a bipartisan issue that should be treated as such," she added. "We've seen some tremendous change in this country, particularly for same-sex couples. But there are sadly politicians who want to use LGBTQ identities as a political tool."

The Human Rights Campaign described Arkansas as a "high-priority to achieve basic equality" in its 2021 state equality index, which scores states based on LGBTQ-friendly policies. 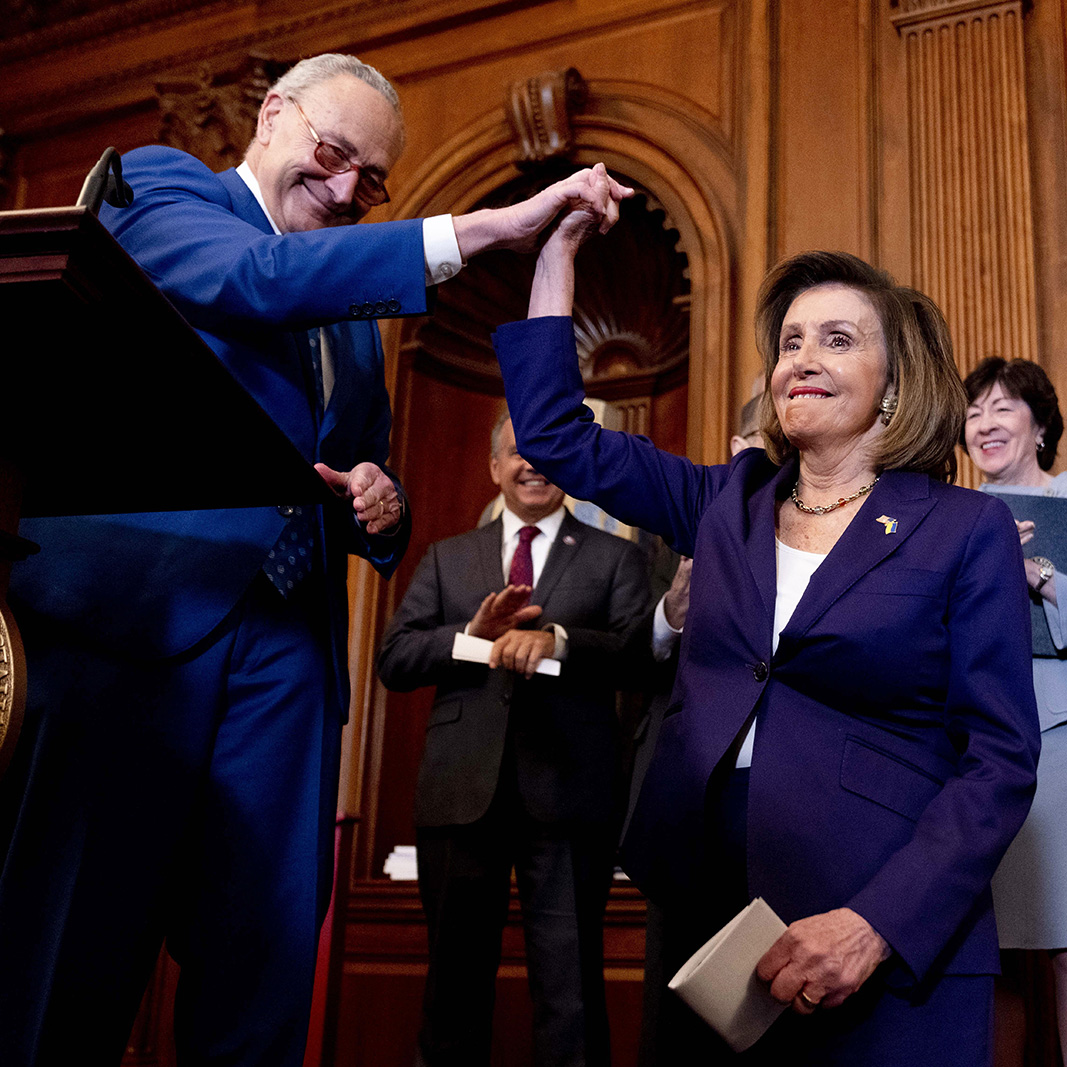