The bride is the daughter of Lynn and Christopher Parker of Little Rock. Her grandparents are the late Mary Jo and Harvey Wright of El Dorado and the late Anita and Olan Parker Jr. of Jonesboro.

Christa and Marty Siems of Scott are the parents of the groom. He is the grandson of Alice and Austin Rowe of Fort Smith, Nance Siems of Sherwood and the late Charlie Lane of Fort Smith.

The chapel was decorated with white poinsettias and music was by cellist Christian Serrano-Torres.

The bride walked down the aisle with her father wearing a strapless silk trumpet style gown. She carried an unstructured bouquet with white anemone, thistle, white roses, eucalyptus and magnolia leaves.

Serving as bridesmaids were Anna Parker of San Francisco and Sarah Parker of New York, sisters of the bride, and Logan Siems or Rogers, sister of the groom. They wore mid-length emerald green satin dresses with cowl necklines and carried smaller versions of the bridal bouquet.

Guests were seated by Ashley Almand of Fayetteville and Thomas Wright of Baltimore, Md.

A reception was held at Basin Park Hotel in Eureka Springs. Guest tables held white arrangements of roses and anemone with eucalyptus and magnolia leaves. Music was by Funk Factory.

The bride graduated with a bachelor's degree in sociology from Hendrix College and a master's degree in public health from George Washington University. She is a consultant.

The groom graduated the University of Arkansas at Fayetteville with bachelor's degrees in political science and economics. He has a law degree from George Washington University and is a lawyer.

The couple will live in Washington after a honeymoon in Costa Rica. 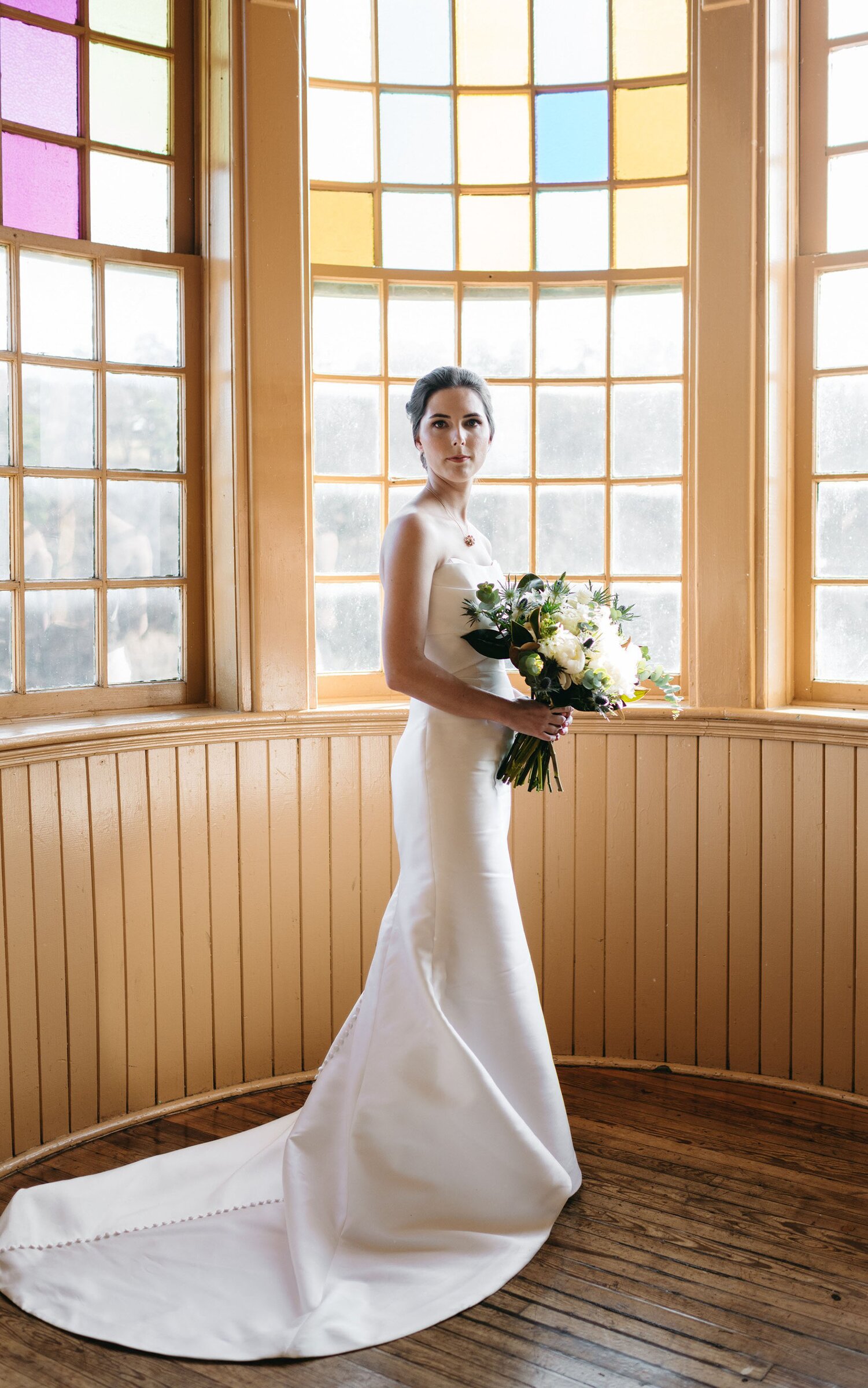