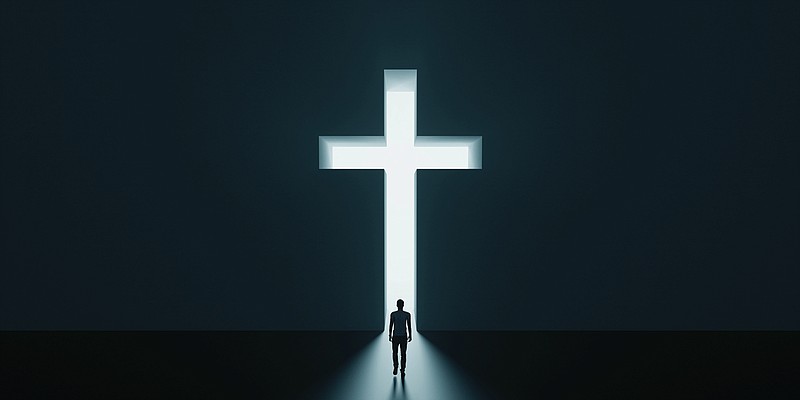 While more than 2,000 United Methodist congregations across the country have been given permission to leave the denomination, three in Arkansas were denied a similar opportunity last month despite voting overwhelmingly to depart.

At one of the congregations, Cabot United Methodist Church, the pastor, lay leaders and many of the members have decided to walk away and start afresh.

At another, Jonesboro First United Methodist Church, its leaders have consulted with attorneys and scheduled a congregational meeting this week to discuss their next moves.

Officials at a third, Searcy United Methodist Church, have not responded to requests for comment.

The decision to veto the departures, which was made by hundreds of Methodist lay members and clergy at a special session of the church's Arkansas Annual Conference on Nov. 19, was "apparently unprecedented," according to an article by UMC News, the denomination's official news agency.

Thirty-five others with similar differences "related to human sexuality" were granted permission that day to leave during the meeting in Hot Springs.

The conference's board of trustees had recommended approval after reaching disaffiliation agreements with all 38 churches.

On the same day as the special session in Arkansas, similar gatherings were held without surprises in four other United Methodist conferences -- North Carolina, Indiana, West Ohio and the Dakotas.

Earlier this month, two conferences in Texas allowed 439 congregations to depart. In Kentucky, another 57 had their disaffiliation agreements ratified.

There was only minor opposition.

On Saturday, the North Alabama Conference voted, by a show of hands, without debate, to approve the disaffiliation of all 198 congregations on the agenda.

In the Natural State, efforts to prevent disaffiliations have been more organized than elsewhere.

At the Hot Springs meeting, many of the congregations wishing to leave faced stiff resistance from Arkansans Staying United and its voting strategy team, which offered real-time voting recommendations to its supporters via WhatsApp.

In those instances, more than 40% of the conference members opposed their ratification.

Of the three in Arkansas denied the ability to leave, support for disaffiliation had been highest at Cabot United Methodist Church. The church council there had voted unanimously to begin the disaffiliation process. After months of discernment, its membership had voted, 234-63, to sever ties.

Pat Hagge, the chairman of Cabot's church council, maintains the congregation scrupulously followed the disaffiliation process, from start to finish.

"The language on documents, the language of motions, the processes and procedures and more were all dictated by the [Arkansas Conference], and [Cabot United Methodist Church] complied with all of those dictates," he wrote in an email.

Denominational officials had been on hand to observe the church's listening sessions and a district superintendent had been present for the final vote, he noted. Of the members present, nearly 79% had voted to disaffiliate, he added.

The congregation had subsequently reached a disaffiliation agreement with conference officials.

Nonetheless, the special session, attended by pastors and lay delegates from across the state, had voted, 310 to 296, against ratifying the deal.

Critics said the departure would leave the community without a United Methodist presence and questioned whether opponents had been treated fairly.

Supporters of disaffiliation have maintained they played by the rules.

"[Cabot United Methodist Church] complied with all rules and regulations given to us by the [Arkansas conference], but in the final analysis it can be simply put: we lost the vote. We immediately recognized that fact and began making plans to start a new church in Cabot not affiliated in any way with the United Methodist denomination," Hagge wrote.

"At this point, there is the fire of the Holy Spirit in an excited, enthusiastic group ready to move forward and make disciples in Cabot! Our prayer is that our new church prospers in that effort and that the [Cabot United Methodist Church] that we had to walk away from also prospers!" he added.

Katie Pearce, pastor of First United Methodist Church in Batesville and a member of Arkansans Staying United, is among those welcoming the news.

Those wishing to remain have scheduled an organizational meeting on Wednesday for the purposes of "electing new committee chairs and planning our future together."

On its Facebook page, Arkansans Staying United supporters cheered the developments in Cabot, posting messages such as "Praise God!!," "The love and grace of Jesus wins!!" and "If you don't want to be UMC then take your marbles and go play somewhere else. Not the other way around."

Shelly Russell, a member of the Cabot church choir for 53 years, said the disaffiliation vote has been painful.

"There are people on both sides of this that I dearly love and I am remaining friends with them," she said. "We just see things a little differently."

She plans to remain at Cabot Methodist, but laments the schism she has witnessed.

"There's always differences of opinion in a church. That's just a given. But as far as I'm concerned, this is the most traumatic thing, heartbreaking thing, for me to see our church torn apart like that, and people at odds with each other," she said.

"We're providing mediation for both the groups from each church to try to come together and come up with a solution," said Amy Ezell, the Arkansas Conference's spokeswoman.

At Jonesboro First United Methodist Church, which voted 69% to 31% for disaffiliation, Pastor John Miles said his congregation hopes to reach a settlement with the minority opposed to disaffiliation.

A special congregational meeting has been scheduled for Thursday to "present and approve Bylaws" and "review the status of affiliation" with the church and its parent denomination, according to a Dec. 5 notice signed by Miles.

But the Arkansas Conference is distancing itself from the proceedings.

In a Dec. 6 letter to the congregants, Northeast District Superintendent John Fleming warned that the meeting "is NOT an authorized Church Conference taking in place in accordance with the requirements of The United Methodist Book of Discipline" and that actions taken at the meeting "will be deemed to have no legitimacy or effect under the Discipline or Arkansas law."

"It remains my hope that a mediated conversation between church members about the church's future, rather than actions that will not be recognized by the State of Arkansas or the Arkansas Conference of the United Methodist Church, will be given a chance to bear fruit in the coming days," he wrote.

In an interview, Miles expressed hope that a mutually acceptable outcome can be achieved and indicated a willingness to continue working with the conference and with the minority opposing disaffiliation.

With average Sunday attendance of 1,577, Jonesboro First is one of the country's 100 largest United Methodist churches and the second-largest in Arkansas.

"Both Searcy and Jonesboro are trying to get mediators to work out some of their differences with the Stay [UMC] people," Miles said.

The decision by the Arkansas Conference to disregard the will of the three congregations was unanticipated, he said.

"What happened to us on Nov. 19, it was such a shock. And they didn't just beat us, they embarrassed us. They said terrible things about us. It was painful," he said.

Roy Ockert, a member of the congregation and of Stay UMC Jonesboro, said its members want to help heal the fissures that have developed in recent months.

"We came back [after the Nov. 19 meeting] and we have sought reconciliation," he said.

Calls for creation of a reconciliation committee have not been embraced by the church's administrative board, he said.

The United Methodist Church is the second-largest Protestant denomination in Arkansas as well as nationwide. The Arkansas Conference reported having 634 congregations and 117,440 members in 2020, with average attendance of 43,765. Prior to the wave of disaffiliations, there were roughly 6.3 million United Methodists attending approximately 30,000 congregations nationwide.

Under a provision in the United Methodist Church's Book of Discipline that was added in 2019, U.S. congregations can disaffiliate "over issues related to human sexuality." It takes a two-thirds vote by the congregation in order to do so.

The rule, known as Paragraph 2553, was passed at a special session of the denomination's General Conference, which also reaffirmed its ban on same-sex marriages and the ordination of "self-avowed, practicing homosexuals."

Recognizing the divisions within United Methodism "over issues related to human sexuality," it created an exit route for local churches.

Congregations can disaffiliate "for reasons of conscience regarding a change in the requirements and provisions of the Book of Discipline related to the practice of homosexuality or the ordination or marriage of self-avowed practicing homosexuals as resolved and adopted by the 2019 General Conference, or the actions or inactions of its annual conference related to these issues which follow."

As originally passed, Paragraph 2553 did not make ratification by annual conference a prerequisite to disaffiliation. The requirement was added after the denomination's Judicial Council determined it was necessary in order to comply with the denomination's constitution.

Most conferences, nonetheless, have honored the wishes of congregations wishing to leave.

In Arkansas, Bishop Gary Mueller has repeatedly called for civility on both sides and has worked to bolster confidence in the system.

After presiding over the meeting in Jonesboro, where the vote had been 69% to 31% in favor of disaffiliation, Mueller noted that officials on a public stage had counted the watermarked ballots four separate times before announcing the outcome.

It was important, he once told the Democrat-Gazette, that the disaffiliation votes be "fair and above board and [done] with integrity."

As he prepares to retire on Dec. 31, Mueller has encouraged traditionalists, progressives and those in the middle to have a "heart of peace" despite their theological differences.