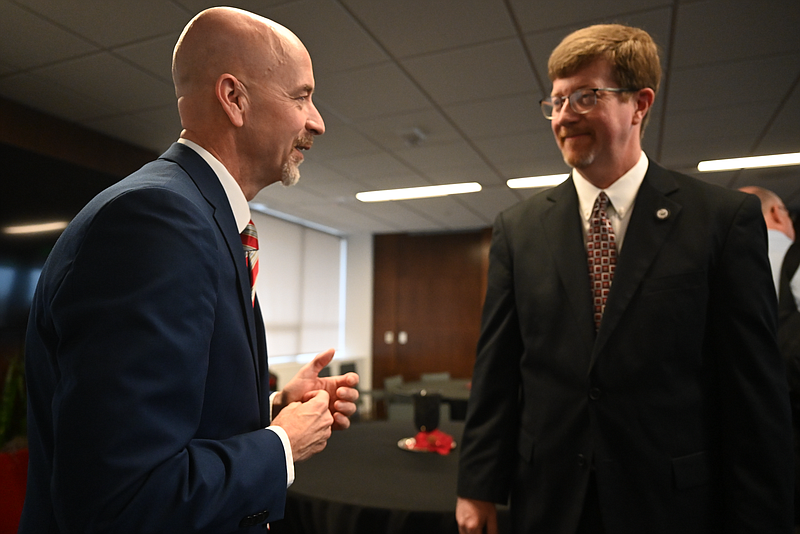 Gov.-elect Sarah Huckabee Sanders announced Thursday her plan to nominate a key official in Florida's education system as secretary for the Arkansas Department of Education.

Sanders, during a morning news conference at the Arkansas State University System office, announced her intention to appoint Jacob Oliva as the head of Arkansas' education system.

Oliva currently serves as the division of public schools chancellor for the Florida Department of Education.  He oversees the teaching and learning of more than 2.9 million students in approximately 3,600 public schools.

He would replace Johnny Key.

Oliva began his career as a special education teacher. Over the past 20 years, has has served in a variety of positions, including as a principal and superintendent.

Sanders said she and Oliva plan to work together closely to achieve the education reform she touted during her campaign for governor.

“We are going to work in partnership with [our legislators] to frankly deliver what Arkansas needs and what Arkansas students deserve,” Sanders said during the news conference.

Over the past several years, he has overseen the return of the Little Rock School District to local control and schools' responses to the covid-19 pandemic, implemented new school safety measures, and has been at the center of the debate surrounding teacher pay.