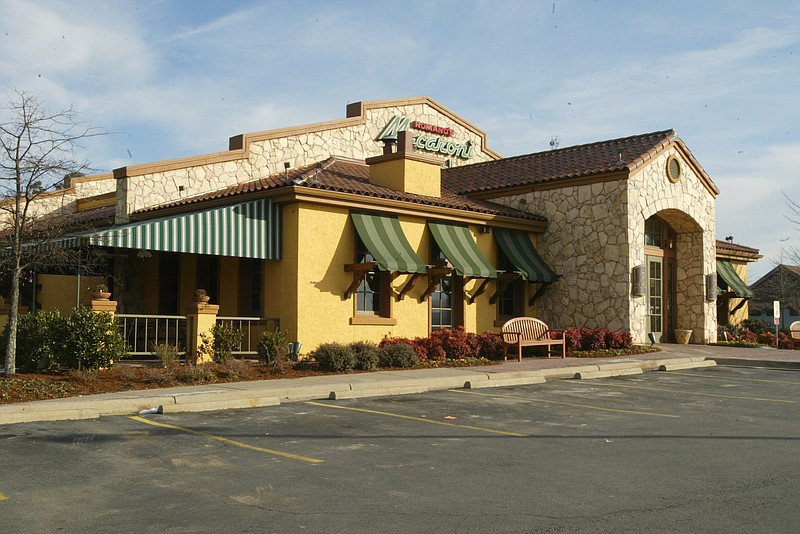 At the cusp of the new year, we are getting reports of new construction underway at various sites around Little Rock. Some of it we are still confirming:

◼️ We have reported on the start of construction at 17100 Chenal Parkway on what will be Little Rock's first Whataburger since a Chicago-based investment group bought the chain-franchise operation in 2019. (There's an unspecified target to open sometime in early 2023. A banner on the site proclaims they are hiring managers.) We have now confirmed by spotting it on a recent drive-by that there's also a Taco Bell, on which exterior construction appears to be mostly complete, on the same site.

◼️ We are told construction has begun on a Tropical Smoothie Cafe outlet at West Fourth Street and Broadway, on what has been a parking lot for about a decade. (And yes, it's the former site of Minute Man.) We're waiting on confirmation from the franchisee, Little Rock-based DYNE Hospitality Group — the chain's largest, with more than 90 outlets in Arkansas, Alabama, Georgia, Florida, Oklahoma and Texas, and which opened what it is calling its "flagship" outlet at The Ranch in west Little Rock in July.

◼️ And a colleague tells us some kind of work is underway at the former Romano's Macaroni Grill, 11100 W. Markham St., which has been vacant since the restaurant closed in January 2018. At least one real estate site on which the space had been for rent now lists it as "no longer advertised"; we're waiting on a return call from Moses Tucker Partners, which had been shopping it. The property is the westernmost of what had been three restaurants on the bluff that overlooks the intersection of West Markham and Shackleford Road; Chi's, an independently owned Chinese restaurant, is now a clinic, and Cozymel's, a chain Mexican restaurant, has been replaced by a Twin Peaks.

And we have an update on El Herradero Mexican Bar & Grill, in the former El Chico, 8409 Interstate 30, Little Rock, on the frontage road off Geyer Springs Road. We don't yet have an opening date, but a Tuesday morning post on the Facebook page, facebook.com/elherraderolr, reports, "We are now accepting applications ... looking for Bartenders, wait staff/kitchen helpers/busboys-gals/hostess," with open interview dates on the premises this week and next.

And we apologize for letting this slip under our radar, but the Chick-fil-A outlet at 12500 W. Markham St., Little Rock, near the intersection with Chenal Parkway, reopened Dec. 16 following extended remodeling that started in August — and that took longer than expected by a delay in the delivery of the electrical panels, without which, the restaurant management noted on its the Facebook page (facebook.com/cfachenal), "we do not have electricity. Without electricity we cannot open." The opening came ahead of the contractor's dour estimate of a January reopening date; the gleeful Dec. 16 Facebook post proclaimed that "After 16 long weeks of being closed, we are back! We have hired more than 50 great new team members who are excited to serve you along with our existing team that you know and love. Come check out our beautiful new dining room or our improved drive thru." The restaurant phone number is (501) 228-0404.

Restaurateurs are unhappily familiar with customers who "dine and dash," meaning they leave without paying, a relatively rare but painful situation for the restaurant's slim margin. Washington Post food critic Tom Sietsema looks at the other side of the coin in a recent column (washingtonpost.com/food/2022/12/23/restaurant-check-delay-dine-dash): the case of a diner at an upper-level Washington restaurant who, after waiting 15 minutes for her check — with empty plates and glasses in an empty dining room — decided to leave without settling up. Instead, she told Sietsema, she emailed the restaurant immediately upon reaching home and paid the bill a few days later, with a substantially reduced gratuity. Sietsema sympathetically notes that "For a lot of restaurant patrons, waiting for a check ranks right down there with unreliable websites, noisy dining rooms and tight tables." Reader reaction was swift and also sometimes sympathetic; one poster noted that epic wait times for bills eventually turn into "false imprisonment. If a restaurant served you and never brought you the bill, would you stay there overnight? A week? Month? The rest of your life?"