OPINION | REVIEW: ‘Moonfall’ delivers on exactly what it promises

Falling on expectations by Keith Garlington Special to the Democrat -Gazette | February 4, 2022 at 6:57 a.m. 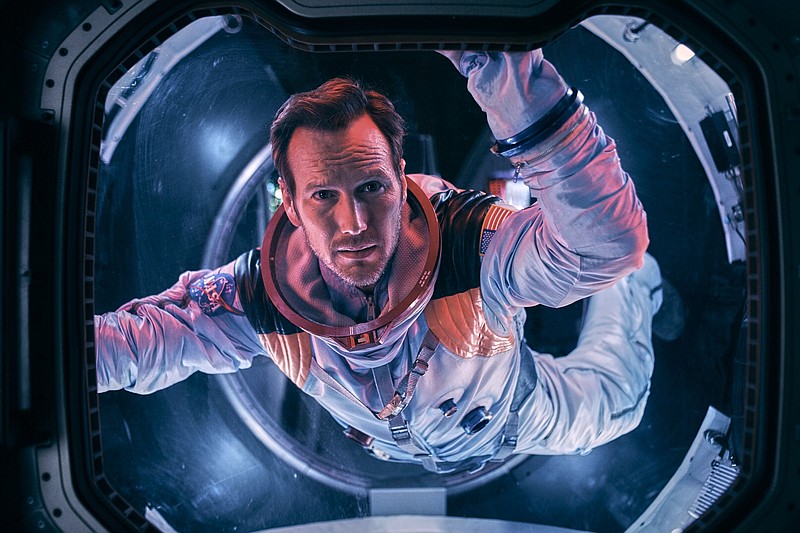 Roland Emmerich and the phrase "global cinematic destruction" go together like peanut butter and jelly. A quick gander at his Wikipedia page will give you a good idea of the 66-year-old German-born filmmaker's penchant for blowing up our world. He has done it with aliens (twice), a giant lizard, extreme weather, and whatever the heck was happening in his 2009 flick "2012." In fairness, Emmerich has done more than just disaster movies, but they are clearly what whets his appetite.

Regardless of what genre he dabbles in, Emmerich's movies tend to be fodder for film critics with only two (1996's "Independence Day" and 2000's "The Patriot") squeaking out a "Fresh" rating by the popular review aggregator Rotten Tomatoes (for what it's worth). Quite honestly, I don't think that bothers him. He still makes the kind of movies he wants to make and let the tomatoes fall where they may.

New to theaters this weekend is "Moonfall," Emmerich's latest exercise in computer-generated decimation of our planet. As the film's title makes glaringly clear, this time it isn't extraterrestrial armies or the next Ice Age that's threatening us. Nope, this time it's our moon which has been knocked out of its orbit and is barreling toward Earth. Absurd you say? Well rest assured, "Moonfall" is every bit as ridiculous as it sounds, and that's part of what makes it such a surprisingly fun ride.

Sometimes movies hit you at just the right time. Such is the case with "Moonfall." After over two months of cramming awards season features followed by a jam-packed week covering the Sundance Film Festival, I was ready for a light and breezy popcorn flick. "Moonfall" certainly fits the bill. It's the kind of movie that you go into knowing exactly what you're going to get. If you're hoping for more, you'll probably be disappointed.

In 2011, astronauts and close friends Jocinda "Jo" Fowler (Halle Berry) and Brian Harper (Patrick Wilson) are on a routine satellite repair mission above Earth. While working on a relay and debating the lyrics of Toto's 1982 pop hit "Africa," they are suddenly walloped by a mysterious swarm-like force that destroys the satellite and kills the third member of their team. The mysterious entity (later defined as a "technological space anomaly") heads to our moon and begins boring a hole in its surface.

Jump ahead 10 years where Jo and Brian are no longer on speaking terms. A decade earlier he tried to tell the world that the incident was the result of an attack by something never seen before. She stuck with the "official statement" from NASA, that it was the result of a solar flare. Jo was able to keep her job with the space program. Brian lost everything and now spends his days working on his old sports car and dodging eviction notices.

But then self-described "megastructuralist" and astronaut wannabe KC Houseman (John Bradley) makes an alarming discovery -- the moon is out of its orbit and heading toward Earth. NASA won't return his calls and Brian brushes him off. So he takes it to the media. In the meantime, Jo and her team make the same discovery. They send up a lunar recon mission which ends disastrously after it's confronted by the same swarm-like entity Brian warned them about.

So for those keeping tabs, you have the moon hurtling toward Earth, an unidentified but clearly aggressive "technological space anomaly" and roughly three weeks for our leaders to come up with a plan to save humanity. And as you can probably guess, it'll all come down to our three unlikely heroes: a disgraced astronaut, the former friend/colleague who sold him out, and a conspiracy theorist who a week earlier was working the window at a burger joint. Normally that wouldn't leave much cause for hope. But in the movies ...

Eventually the film boils down to the events unfolding on two fronts. You have what's happening in space as Brian, Jo, and KC launch into orbit to meet the moon head-on. Then you have what's happening on Earth where Brian's estranged son, Sonny (Charlie Plummer) and several other underdeveloped side characters try to survive amid the tidal waves, crashing moon debris and the occasional shotgun-toting rednecks. Both allow Emmerich ample opportunities to shower his audience with eye-popping spectacle.

"Moonfall" almost plays like two genre films wrapped into one. The cornier and less interesting stuff on Earth is your standard-issue disaster material -- dazzling large-scale digital destruction and characters in constant peril. The much better space stuff is full-blown science fiction. It's surprisingly dense and well conceived and is inspired by everything from the Dyson sphere theory to Larry Niven's "Ringworld." Better yet, it goes farther down the rabbit hole than I was ever expecting (and that's a compliment).

Of course all of it is undeniably preposterous and there is no shortage of unintentional laughs. (My favorite may be our dimwitted government whose plan is to nuke the moon. You heard me right -- they literally think nuking our moon is a viable option. Fifth-grade science anyone?) But if I'm honest, that kind of nuttiness is half the fun with a movie like this. It may prove too much for some, but for me "Moonfall" hit at just the right time. And I would be lying if I didn't admit to being entertained.

Rating: PG-13, for language, some drug use, disaster action and violence