Her social work improved aid given to rape survivors 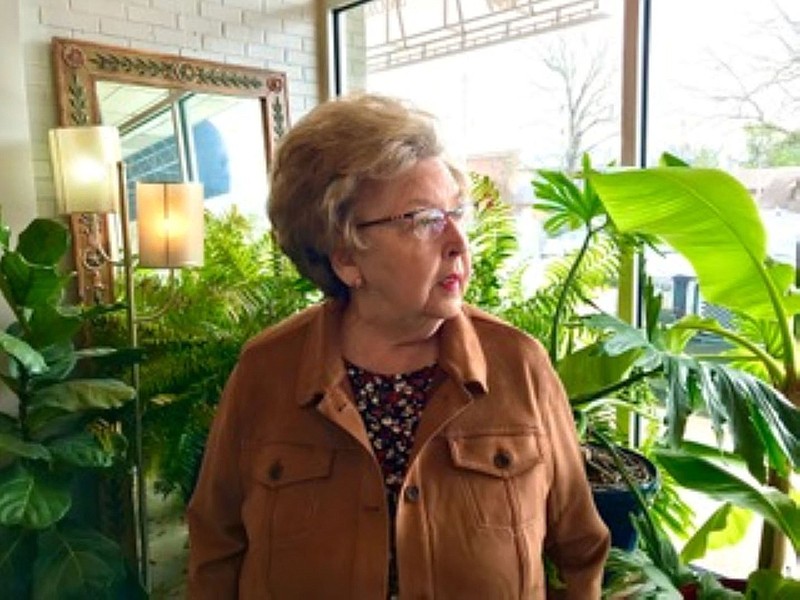 Mary Lindsey, 80, held administrative positions and appointments throughout her career in social work. “One reason I chose social work is because it’s such a versatile degree,” she says. “You find social workers getting all different kinds of jobs.” (Special to the Democrat-Gazette)

Mary Lindsey is in equal turns comforting and fierce, and she has embraced both approaches as a retired social worker.

During her career, Lindsey, 80, aided and comforted abused children and hospital patients, and she brought about change in the way rape survivors are treated.

Early on, she planned to be a nurse, following in the footsteps of her maternal grandmother, who ran the infirmary at Arkansas Polytechnic College, now Arkansas Tech University at Russellville. Observing emergency procedures made her queasy, though.

She majored in psychology and sociology instead, and finished college in 3 ½ years, although she insists that wasn't a sign of academic prowess.

"It had to do with how poor my family was, and I needed to get through college as quick as I could," she says.

Her father was a skilled welder who read science fiction to her, including Jules Verne's "20,000 Leagues Under the Sea," at bedtime. She and her older brother played outside on summer evenings and spent weekends with cousins on their grandparents' farm.

Friends and neighbors gathered often at the farm for cookouts, featuring the family's own barbecue recipe.

"I was raised playing in a barn with lots of cats. There were cows, horses, chickens ... it was the best of all possible worlds, being raised in a college town but spending all that time on the farm," she says.

Her psychology professor at Arkansas Tech, aware that opportunities for those with just an undergraduate degree were limited, encouraged her to become a social work trainee with the Child Welfare Department.

The job was at times overwhelming.

"I quickly picked up a caseload of about 150 children in foster care, and I had never been around anybody who had been abused or sexually molested. It was all quite a shock for me," she says.

She worked for a time with the Arkansas Employment Security Division, and then as assistant personnel manager at M.M. Cohn, before completing her masters of social work degree at the University of Arkansas School of Social Work in 1974.

At St. Vincent Infirmary, she worked on medical surgery floors and in the intensive care department, and she ultimately developed the role of social worker on call in the emergency room.

She noted that many of the hospital's physicians weren't sure what role social workers could play.

A chance meeting with the chairman of the University of Arkansas for Medical Sciences department of family and community medicine in 1977 kicked off her 33-year employment there.

"He said to me, 'Do you want to keep on doing that? Or do you want to come train doctors how to use social workers?' Wasn't that cool?" she says.

After a colleague's 19-year-old daughter was kidnapped from their home by a serial rapist, Lindsey accompanied the teenager to the emergency room.

When the rapist was caught, she says, "I helped the district attorney pick a jury, and then I sat with her through this process, until she went into the courtroom and testified."

Lindsey was later appointed by then-Gov. Bill Clinton to the Governor's Task Force on Rape.

Rape survivors all over Arkansas had to go to UAMS for examination and evidence collection at that time. Lindsey, through the task force, helped develop a program to train family doctors so they could examine those survivors closer to their homes. That effort resulted in her receiving the Uppity Women's Award from the Arkansas Women's Political Caucus in 1985.

After retiring in 2008, Lindsey worked with her husband, Bob Burns, professor emeritus in the UAMS department of neurobiology and developmental sciences and director of the UAMS Partners in Health Sciences program, which provides health science education to pre-kindergarten through 12th-grade teachers.

She and Burns enjoy traveling when they can.

Exploring the world was an early dream for Lindsey, who informed her mother that she planned to be in Rome by the time she was 25. She was 26 when she got a Eurail pass and toured Europe with a friend.

She leads a travel class through the nonprofit LifeQuest, coordinating virtual tours of Trier, Germany; Sitka, Alaska; Amsterdam and other locales.

She and Burns enjoy gardening, fishing and spending time at their vacation home near the Spring River. She has found solace in the outdoors for years.

"There aren't a lot of people around and it's peaceful and quiet," she says. "I can just feel the tension rolling off my back during those periods."

In reflection on her life of caring for others, Lindsey considers whether health-care workers today are finding outlets for stress they have suffered through the pandemic.

"They're dealing with many deaths, coming at them in a shift. There's so little if no recovery time for them," she says. "My cases were scattered out and I had colleagues I could discuss them with and process with and we were given some time to recover. Not so with what's happening now." 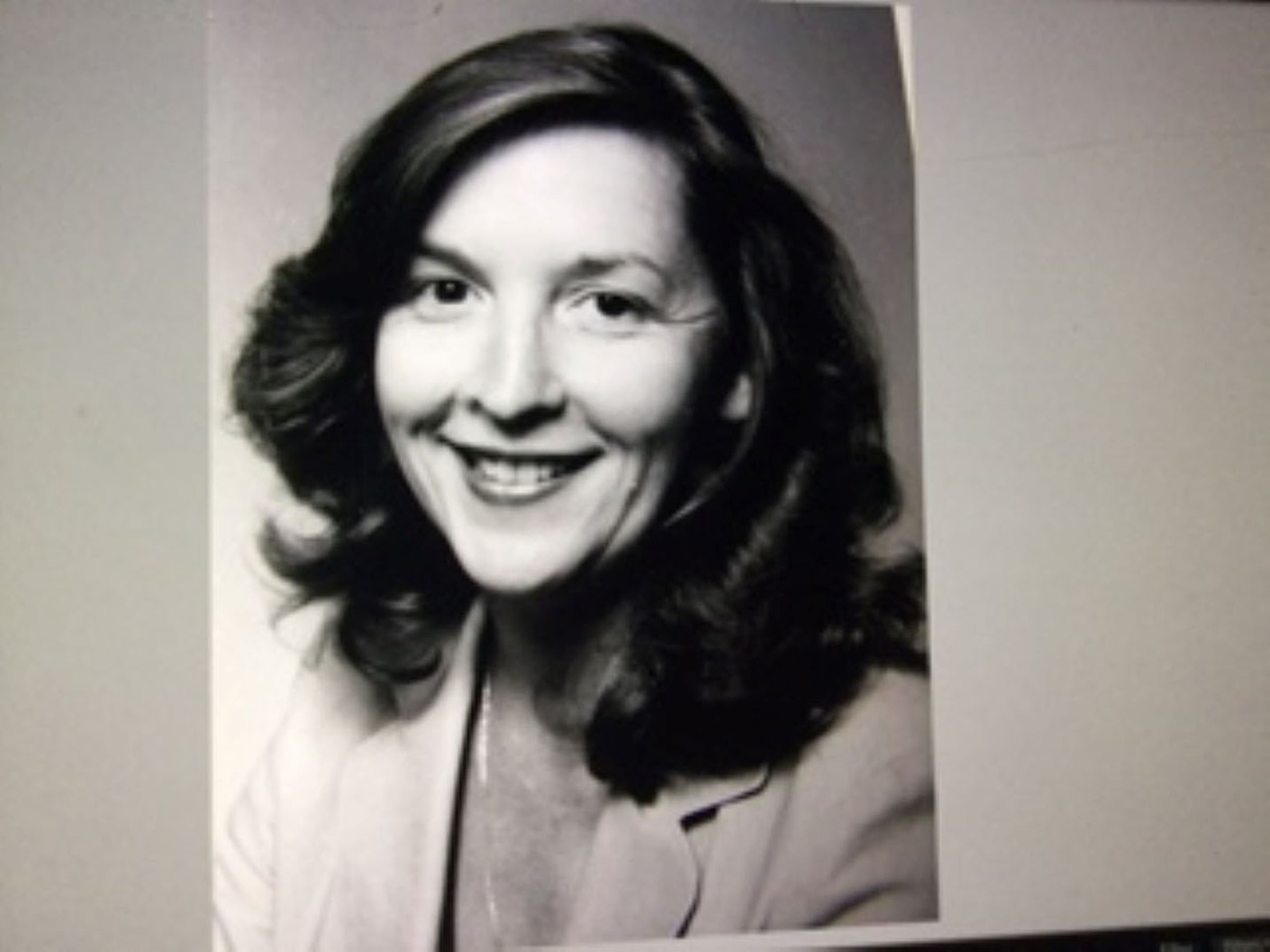 Mary Lindsey, seen here at 20, has had impromptu chats with former President Jimmy Carter, Glen Campbell, Billy Bob Thornton, Ray Stevens, Dionne Warwick, Govs. Orval Faubus and Dale Bumpers, and with Lawrence Welk Jr., according to her husband, Bob Burns. She once spied David Brinkley going into the men’s room at Salt Lake International Airport and waited for him to come out so she could engage him in a quick conversation. “She just naturally engages people in brief conversations,” he says. (Special to the Democrat-Gazette)