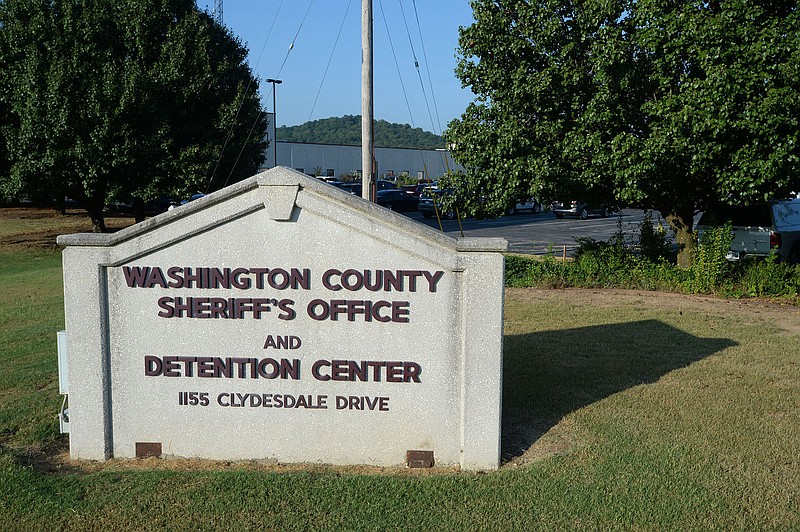 Jim Langford, with Spirit Architects, told the Quorum Court's Jail/Law Enforcement and Courts Committee that if the county began "moving forward expeditiously" the project could be bid out in September and construction begin in October. The entire project could be completed in the spring of 2025, Langford told the justices of the peace.

According to information presented by Langford, the 230-bed expansion would be accompanied by additional space for the Detention Center's intake area, separate spaces for quarantining male and female detainees, enlarging the medical space to provide additional beds and negative pressure cells to prevent the spread of airborne particles and pathogens. The expansion would also increase the space in pods with separate return air units. Extra space for food storage and general supplies would also be added.

The committee took no action on the report at Monday's meeting. Helder said he wanted the justices of the peace to have the information so they can work on ways to fund the project. Using some money from the county's allotted $46 million in American Rescue Funds is one option, Helder said, but the county needs to have a thorough review done of the federal guidelines for the use of those funds before a decision is made.

Also Monday, the committee endorsed a resolution expressing appreciation to Dr. Robert Karas, the county's medical services provider for the Detention Center. After contentious debate among the justices of the peace and public discussion, the resolution was sent on to the full Quorum Court by a vote of 7-1, with Eva Madison, justice of the peace for District 9, casting the lone dissenting vote.

The resolution, praising Karas for his treatment of detainees and staff during the covid pandemic, says "the numbers and effects of the virus have been largely exaggerated" with "an estimate death rate of 0.5%" in the U.S. The resolution says there has been more than 850 cases of the infection in the Detention Center with zero deaths.

Patrick Deakins, justice of the peace for District 5, sponsored the resolution and said he was "disheartened" by comments "made from ignorance" that he said vilified county leaders and "inserted partisan politics" into medical decisions.

Madison interjected with a point of order, saying the rules of decorum and Robert's Rules of Order "don't allow members to hatefully criticize one another."

Madison also pointed out that the Detention Center is currently being sued over the treatment of detainees with ivermectin. The detainees, represented by the American Civil Liberties Union, claim they were given ivermectin without their knowledge or consent and at high dosage levels, contrary to Federal Drug Administration guidance.

Madison predicted the resolution would ultimately be incorporated into the lawsuit.

"Why in the world would this body endorse a process that's being challenged in court?" Madison asked. "It's doing nothing but helping add fuel to the fire of the ACLU."

Madison also said the resolution was "nothing but partisan politics" 0n Deakins' part since he is a candidate for county judge and "he's trying to gain your political favor."

Comments from the public were split between supporters of the resolution who accused Madison and other Democrats on the Quorum Court of spreading "hateful misinformation" and opponents who pointed out that the pretrial detainees treated with ivermectin did not surrender their Constitutional rights when they were arrested.

A resolution is not an ordinance and has no legal force. A resolution approved by a quorum court is merely a statement of support or of opposition to an issue from the justices of the peace without the effect of enforcement.