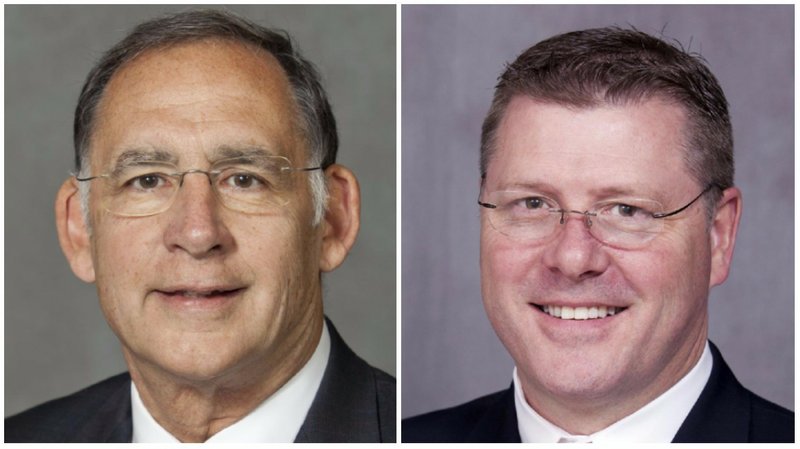 WASHINGTON -- Sen. John Boozman on Tuesday said it was not the right move for the Republican National Committee to censure Rep. Liz Cheney, one of two Republicans on a congressional panel that's investigating the storming of the U.S. Capitol last year.

Instead, censures should be addressed at the state party level, he said.

"The idea of the Republican National Committee making that move is a bad choice," said Boozman, a Republican from Rogers.

The RNC last week censured Cheney of Wyoming and fellow GOP lawmaker Adam Kinzinger of Illinois, pointing to their involvement on the select committee that's looking into the deadly attack on Jan. 6, 2021. Cheney and Kinzinger are the only two Republicans on the panel.

Boozman, who has embraced an endorsement from Trump, is facing challengers in the Republican primary this year.

The RNC criticized the select committee for going forward with a "persecution of ordinary citizens engaged in legitimate political discourse."

Republican U.S. Sen. Tom Cotton of Little Rock on Tuesday declined to comment on the move by the RNC.

A spokesperson for Rep. Bruce Westerman, a Republican from Hot Springs who represents the state's 4th Congressional District, also declined to comment.

Gov. Asa Hutchinson, a Republican, has pushed back against the RNC censure.

"The censure resolution by the RNC is wrong; undermines respect for our rule of law; and divides our party unnecessarily," Hutchinson said in a statement. "I am grateful for those courageous dissenters in the RNC vote."

"Our top priority must [be] to end the Biden-Harris single-party rule of our government in November 2022," he said in a statement.

The reaction to the censure is highlighting divisions within the GOP as Republicans aim to retake control on Capitol Hill through the congressional midterm elections.

Democrats hold control in the Senate, but are operating with a razor-thin majority. House Democrats have a slim majority, but party incumbents are retiring or running for other offices.

Senate Minority Leader Mitch McConnell of Kentucky says it's not the job of the RNC to single out Republicans who have different views from the majority.

McConnell on Tuesday used blunt terms to describe the attack.

"It was a violent insurrection [with] the purpose of trying to prevent the peaceful transfer of power, after a legitimately certified election, from one administration to the next. That's what it was," he said.

A spokesperson for Rep. French Hill of Little Rock declined to comment about the RNC censure.

He's also praised Cheney in the past and the Wyoming Republican campaigned for Hill in October 2020 during the final days of that year's congressional race.

"Liz Cheney is one of the most conservative, constitutionally minded people I know," he said in a statement last year.

Conrad Reynolds, who says he plans to challenge Hill in the Republican primary this year, has sought to associate Hill with Cheney.

Filings show Hill holds a wide financial advantage in the contest, and political observers say he's the favorite in the primary race.

U.S. Rep. Steve Womack's office did not respond to requests for comment on the censure of Cheney. Last year, Womack, a Republican from Rogers, described Cheney as "a close friend and colleague."

"She has very strong opinions about the 2020 election and the January 6th insurrection," he said in a statement at the time.

Information for this article was contributed by The Associated Press and by Frank E. Lockwood of the Arkansas Democrat-Gazette.