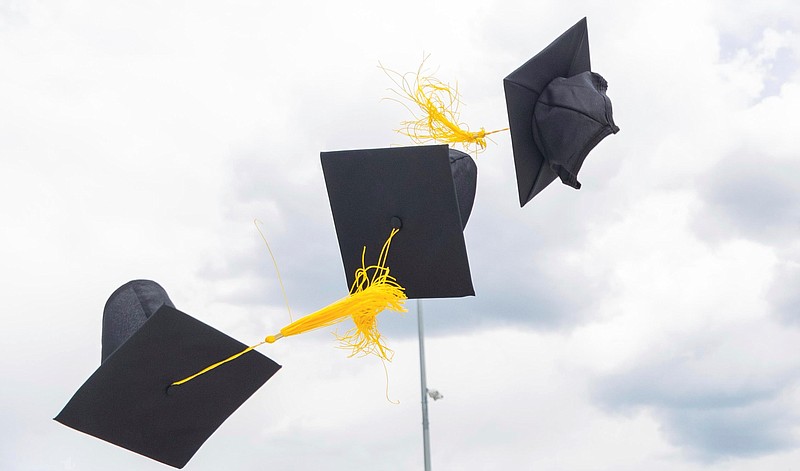 ALMA -- School district graduate Shannon Boy Skokos and her husband, Ted, are donating $1 million to the Alma Education and Arts Foundation through the couple's family foundation, the district announced Friday.

To put the gift in perspective, the nonprofit arts foundation's total yearly contributions from all sources never exceeded $600,000, according to its most recent tax returns.

"This is such a tremendous opportunity for the Alma Education and Arts Foundation to grow and improve while supporting our students with plans for pursuing education after high school," said Chuck King, the foundation's executive director.

The foundation's mission is to encourage high school students to pursue postsecondary education, promote education in the arts and help provide arts to the community. To date, the foundation has awarded $1.5 million in scholarships to students.

The donation will establish the Shannon and Ted Skokos Endowed Scholarship Fund to benefit Alma High School graduates who pursue college, trade school or other postsecondary educational opportunities, according to the announcement. Part of the gift also will pay for upgrades to the Alma Performing Arts Center.

The district announced that the center will be renamed the Shannon and Ted Skokos Performing Arts Center.

Shannon Skokos is an attorney and the 1992 Miss Arkansas pageant winner.

Her husband is a University of Arkansas School of Law graduate and an attorney who later devoted himself full time to overseeing the family's investments. Ted Skokos was raised in Fort Smith.

The couple live in Dallas.

"It is truly an honor to give back to a school district that gave so much to me," Shannon Skokos said. "My husband Ted and I believe in the power of education and want to assist young men and women in pursuing their dreams. At the same time, we are excited to provide funding to enhance the performing arts center and to promote the education of the arts.

"We don't wear our faith on our sleeves, but we do believe it is our responsibility to leave this earth better than we found it."

She credited the late Pat Riley Sr. of Little Rock, a sponsor of the Miss Arkansas Scholarship, as a major influence in her and her husband's charitable efforts.

When she was a law school student, the condominium she was renting was put up for sale. Unable to purchase the dwelling, she was faced with the prospect of a housing search and disruptive move. Riley heard of the situation, bought the condominium and lowered her rent.

"All that I ask is that one day when you can afford it, that you do the same to help someone else," Riley replied when asked how he could be repaid, Shannon Skokos said in the Alma grant's announcement.

Jerry Valentine of Alma, now retired, was principal of Alma High School during Shannon Skokos' time as a student there.

"She had an intrinsic motivation that pushed her to excellence in academics, athletics and instrumental music," Valentine said. "She had an incredible work ethic. Her work ethic, poise and charisma are just a few of the attributes that I knew would lead her to success."

"She was always an outstanding student leader, flutist and basketball player during her time at Alma, and it is amazing to see her giving back to her hometown in such a significant way," he said in the statement.

The school district has an enrollment of about 3,200 students.

The story was updated to correct the tax filing amount.