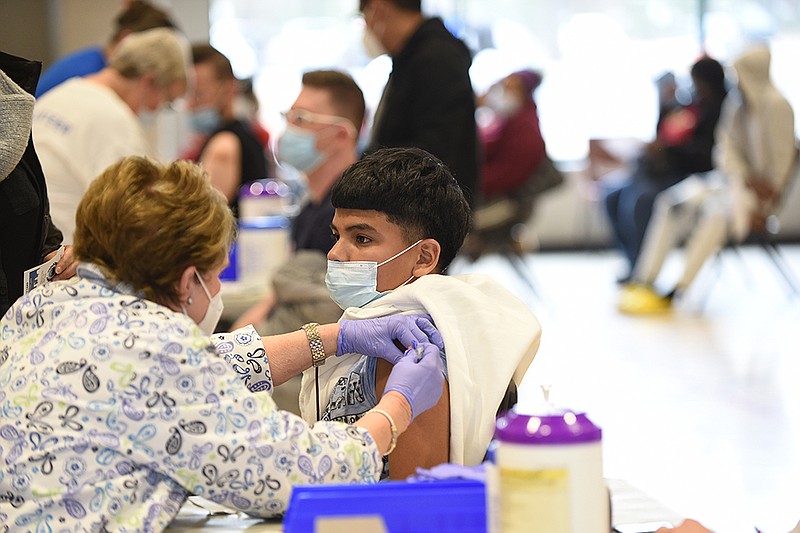 More than 10,000 Arkansans have now died of covid-19 in almost two years, according to data from the Arkansas Department of Health.

The department reported 48 new deaths Saturday, the highest number in a single day in more than a year, since 52 deaths were reported Jan. 27, 2021.

Even so, case and hospital numbers have been on the decline of late, with Saturday's decrease of 102 hospitalizations the second-largest the state has seen, after Tuesday's 118.

There were 26 fewer patients in intensive care Saturday, totaling 349, and 22 fewer on ventilators, totaling 168, according to Health Department data. Saturday was the fifth consecutive day to see fewer intensive care patients.

"Vaccines are up as well," Hutchinson said. "Let's continue these trends in the upcoming week."

The 3,700 shots given Saturday were the most the state has seen in a week and a half, according to Health Department data. Since Jan. 1, 92,310 Arkansans have received booster shots for a total of 531,598 people with third shots.

About 500 people went Saturday to a city-run vaccination clinic in southwest Little Rock, seeking their first, second or booster shots. It was the sixth clinic to be held at the Southwest Community Center, at-large City Director Joan Adcock said, and it offered Pfizer shots to anyone 5 and older. Vaccine recipients also received $50 VISA gift cards as incentives.

He and his wife, Yury Recinos, and their 14-year-old daughter received their booster shots at Saturday's clinic. They moved to the area from Riverside County in Southern California about three months ago, Recinos said.

She said she has seen more caution about covid-19 in her family's new home compared with their old one.

"There are a lot of people [here] who always have their masks," she said.

The clinic ran out of shots for children ages 5-11, Adcock said, so she and the volunteers running the clinic directed families to Walgreens, Walmart and Kroger nearby, and gave the stores a heads-up.

"They come back up here and present the card to us, and we give them the $50 the child would have gotten here," Adcock said. "That way we're not disappointing a child, and businesses have been great in helping us out with this today."

Ten of the 30 volunteers spoke Spanish, since southwest Little Rock has a large Hispanic and Latino population. Carmen Rivera, who works for the city's Parks and Recreation Department, served as one of the translators.

Shortly before the clinic was supposed to end at 5 p.m., Rivera directed a Spanish-speaking family with children ages 7 and 10 to get shots at another location and come back by 5:30 for their gift cards.

Rivera said the effort to get residents in southwest Little Rock, where she also lives, vaccinated has been "consistent" for the past year. Some people have been hesitant to get their shots because of misinformation claiming that the vaccine is dangerous, she said.

"But if one of their own dies, then they come and [get] the vaccine," Rivera said. "That's the only way they move."

Adcock said those who received their first shots Saturday can get their second shots at a later clinic that the city will coordinate, likely in four weeks instead of three because the Little Rock Marathon on March 5 would make it difficult to hold a clinic that day. 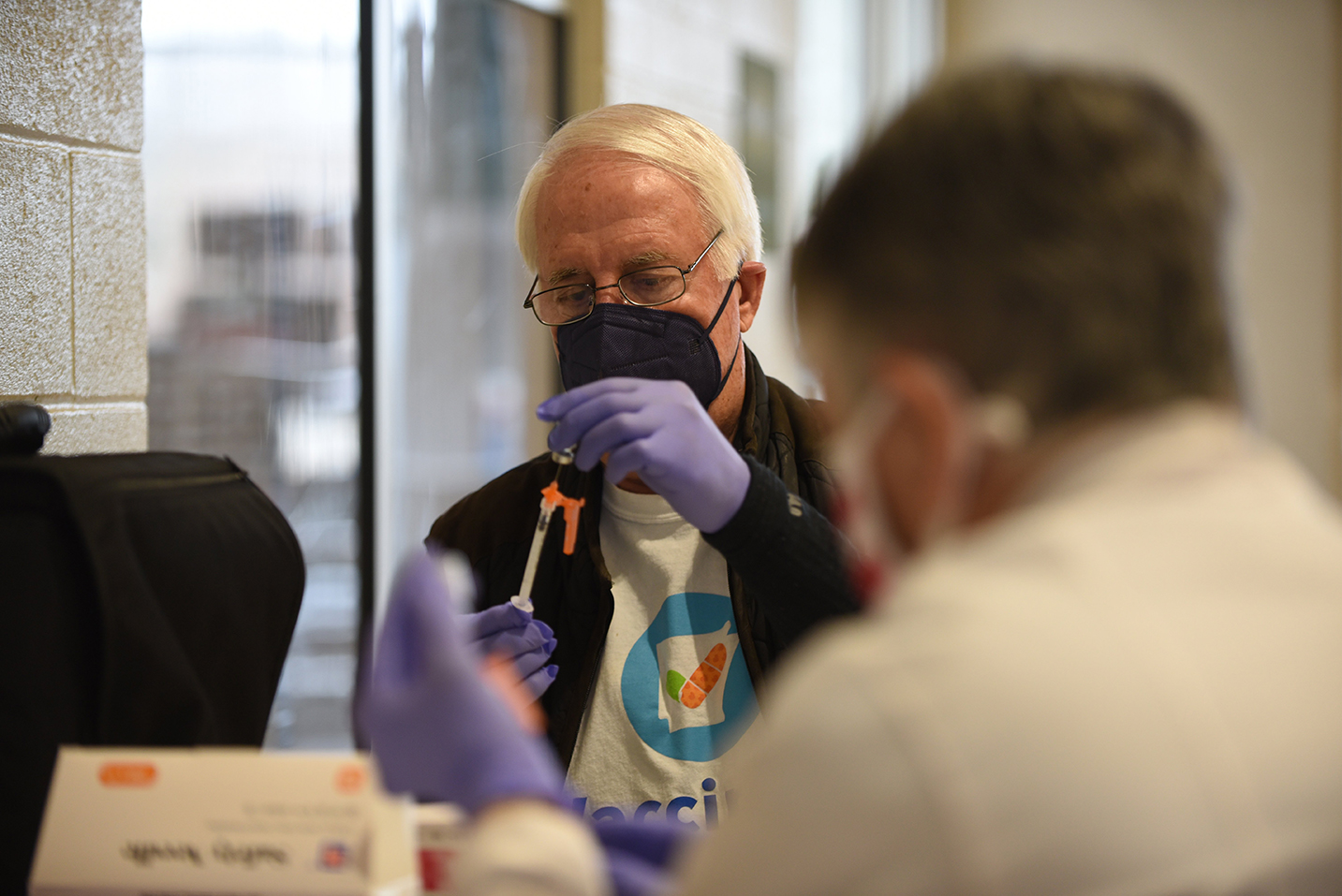