Lake Atalanta bike trails in Rogers getting a makeover 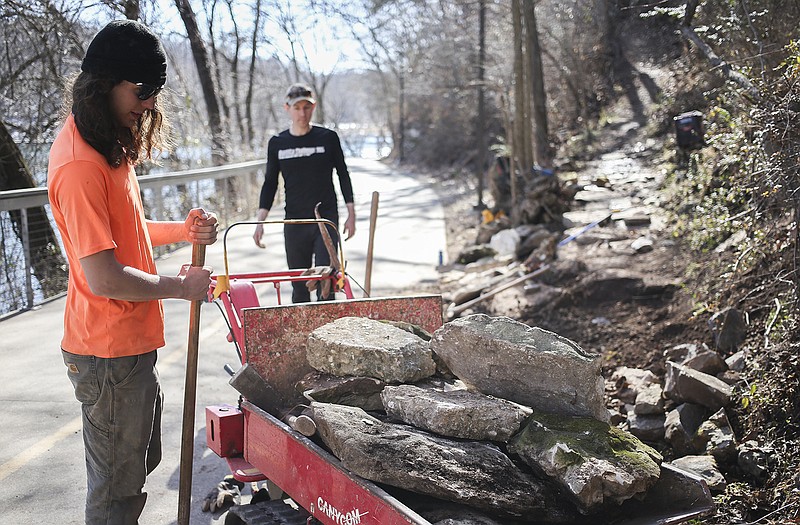 The project will refurbish 11-12 miles of existing trails and extend several sections, according to John McCurdy, city development director.

Rogers accepted a $350,000 matching grant from the Walton Family Foundation in November to renovate the bike trails. The city's portion of the project will be $150,000.

The Railyard Bike Park in downtown Rogers, completed in November 2020, offers families a state-of-the-art facility, McCurdy said. One of the design goals for the current project is to give the soft-surface trails the same level of quality, McCurdy said.

The existing trail system was created eight to 10 years ago and isn't as cutting edge as other trails in the region, McCurdy said. The updates will make the system more fun to ride and less confusing, with fewer loops and intersections that don't make sense, he said.

Once it's finished, cyclists will be able to follow the trail around the lake counterclockwise without spending a lot of time navigating, McCurdy said. Cyclists will find more payoffs for climbing hills, with fun features on the descent. It will also have several side trails with more challenging features for experienced mountain bikers, he said.

The circuit will take a fairly fit beginner to intermediate mountain biker about an hour and 15 minutes to complete, McCurdy said. The project is estimated to be complete in late April, depending on weather, he said.

Trail design is as much an art as it is a science, according to McCurdy, who is also a mountain biker.

Rock Solid Trail Contracting starts the planning process with the client and uses geographic information system maps to create a rough plan for the area, according to Eli Glesmann, media and marketing coordinator for the company. Much of the design work, such as decisions on where the trail will be placed, are made beforehand, he said.

A good amount of design work is also done on-site, said Erik Nelson, build team foreman. The company lays a flag line, but builders can move the trail up to 20 feet on either side of the line based on the terrain, he said. The team often collaborates on design decisions, he said.

Builders also try to be sensitive to the environment and as unobtrusive as possible, Nelson said. Avoiding tree root systems is especially important, he said.

The company uses mini excavators, or little backhoes, but much of the trail is built with hand tools such as picks to make as little impact as possible, Glesmann said.

Three crews, totaling nine to 12 employees, are working on the Lake Atalanta project, he said. In the areas that are being refurbished, builders are working to make water drain better and restore dirt when necessary, he said. New features are fun elements people can play on, such as jumps, drops and technical areas on the trail, he said.

Most of the trail builders are "mountain bike obsessed" and love the outdoor lifestyle, Nelson said. For example, after work Thursday, a group spent the evening riding at The Railyard Bike Park.

"That's what we do. We build mountain bike trails, and we ride bikes," he said. "It keeps us happy."

The countless hours the builders have spent mountain biking gives them an important perspective for trail building, McCurdy said.

While it's gratifying to ride the trails they have built, it's even better to see other people enjoying them, Nelson said. He especially likes to watch YouTube videos of people having fun on trails he has worked on, he said.

Rogers doesn't have a lot of space to build mountain bike trails, so the city is aiming for quality over quantity, McCurdy said.

Rock Solid Trail Contracting was chosen by a selection committee that scored several different trail designers by their qualifications, he said. The company is one of the top trail design contractors in North America and has done work at locations in Arkansas such as Mount Nebo State Park, Devil's Den State Park and Bentonville, he said.

Cycling is a healthy and fun activity that builds community and is accessible to most people, McCurdy said. The focus on cycling is one of the most significant trends happening in Northwest Arkansas, and it's making the area a destination, he said.

"Lake Atalanta is one of the prettiest spots in Northwest Arkansas, and I want to bring people in," he said. 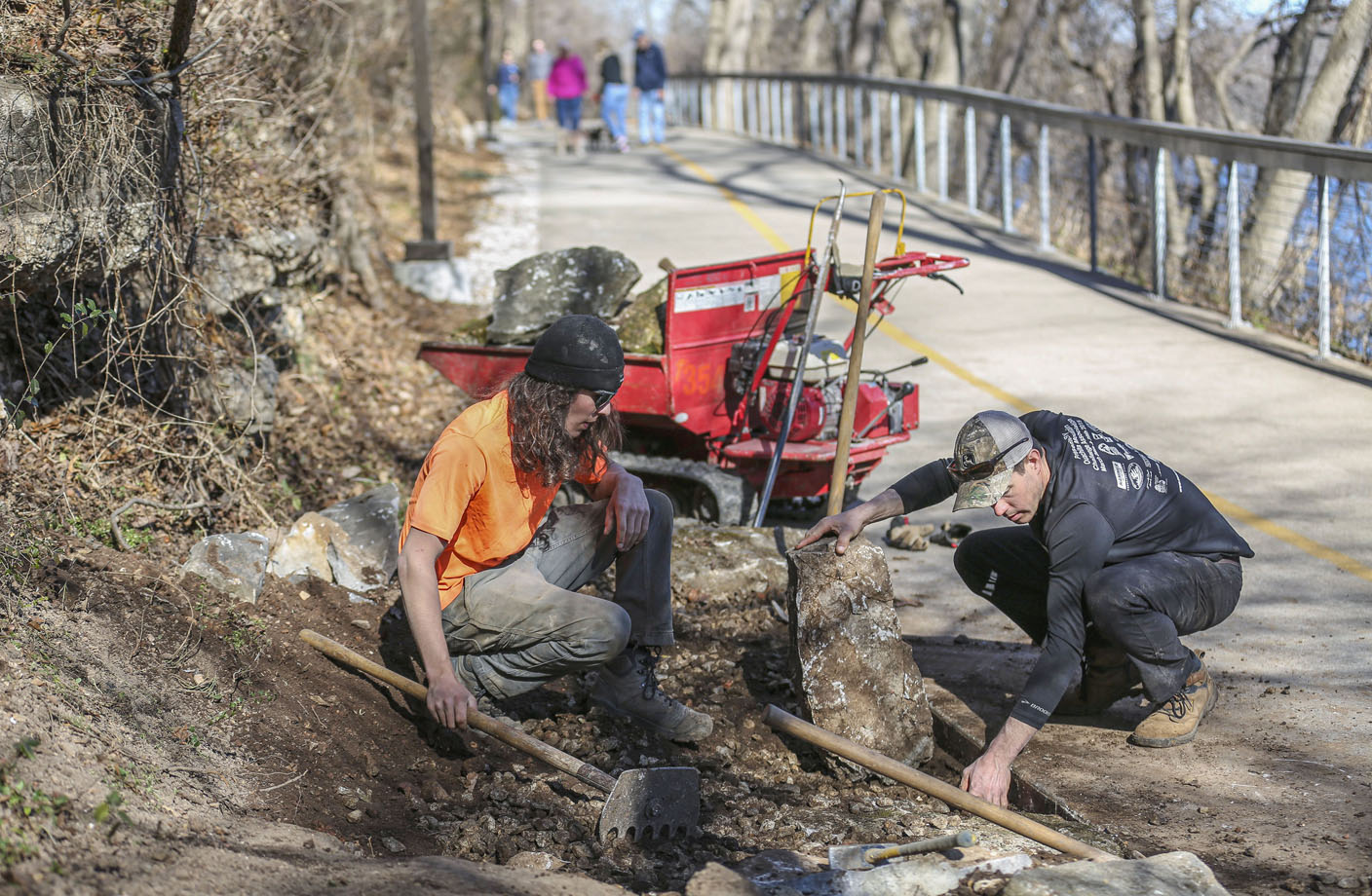 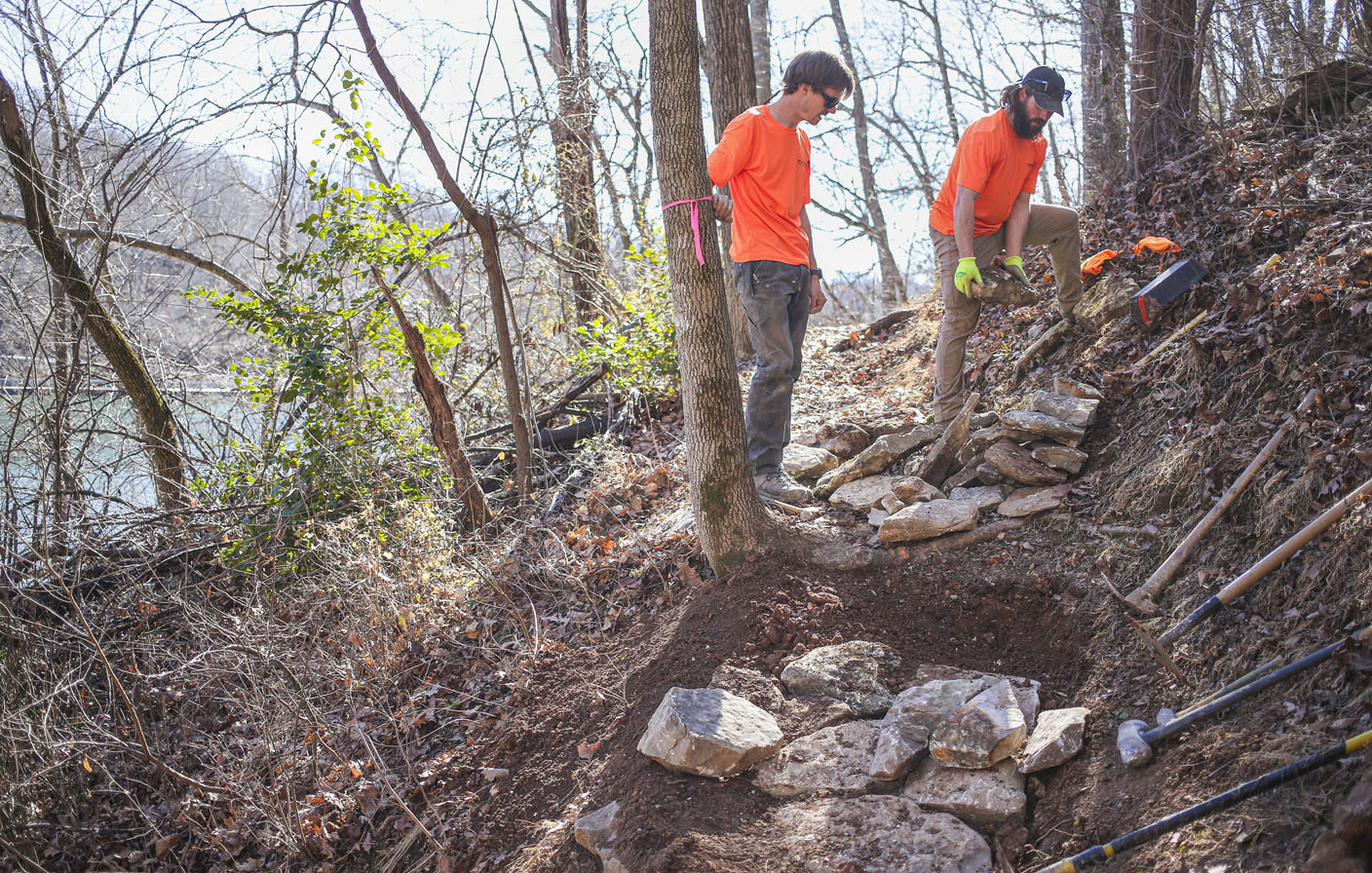