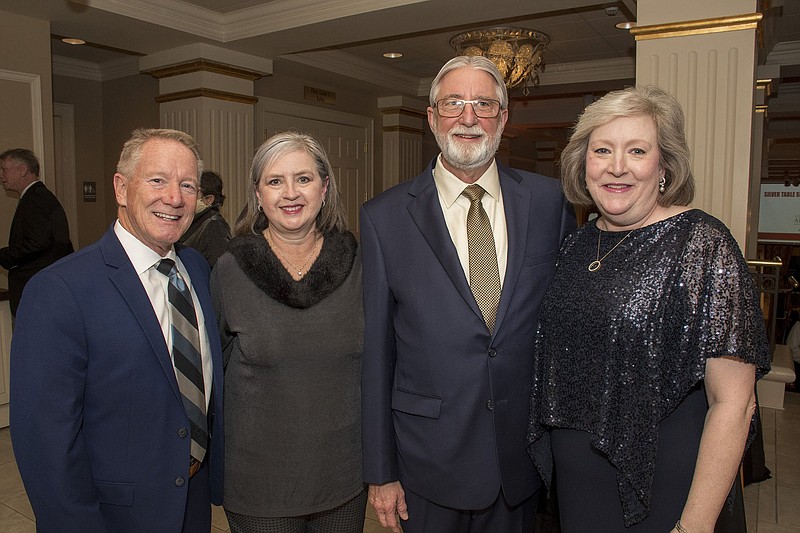 Preserve Arkansas honored Gary Clements with the Parker Westbrook Award for Lifetime Achievement on Jan. 28 at the Arkansas Preservation Awards. The dinner and program were held at the Governor's Mansion.

After a reception and welcome by executive director Rachel Patton, guests enjoyed a dinner followed by an awards program introduced by board president Hunter Windle. David Ware served as master of ceremonies.

Other awards presented and their winners were:

Excellence in Preservation through Rehabilitation: the Old Jail B&B at Historic Washington State Park owned by Arkansas Dept. of Parks, Heritage and Tourism;

Excellence in Preservation through Restoration: Coca-Cola Bottling Plant in Morrilton, owned by the Crow Group Inc.;

Outstanding Achievement in Preservation Education: Bob Keltner of Little Rock for his short film, "Knoopy and Kavanaugh: Back in the Old Neighborhood";

Ned Shank Award for Outstanding Preservation Publication: "Arkansas Made: A Survey of the Decorative, Mechanical, and Fine Arts Produced in Arkansas through 1950, 2nd Edition," by Swannee Bennett, Jennifer Carman and William B. Worthen;

Excellence in Personal Project: James and Ann Ballard Bryan of Little Rock for the Marshall House;

Outstanding Achievement in Adaptive Reuse: The ARTSpace and ARTWORKS on Main in Pine Bluff, owned by Arts and Science Center for Southeast Arkansas;

Outstanding Work by a Craftsperson: Justin Elbert of Little Rock for his work on the Marshall House;