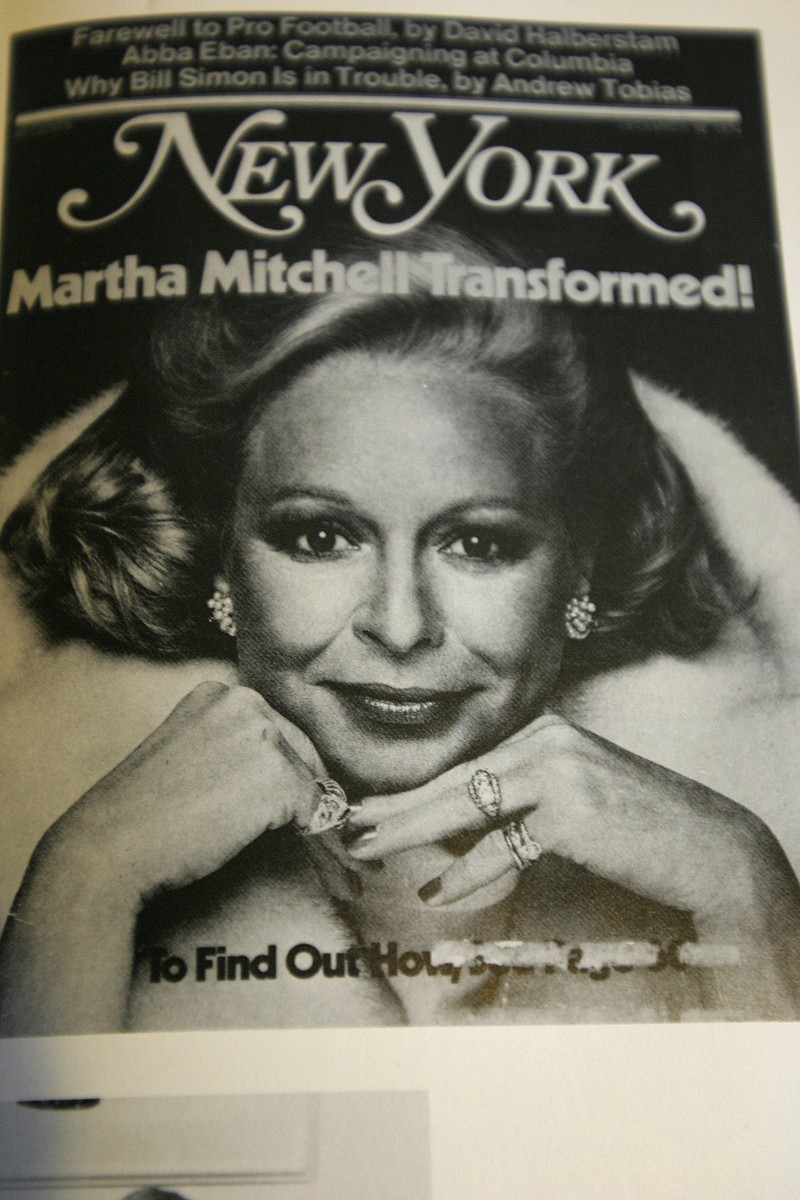 It was nearly 50 years ago that five burglars broke into the Democratic National Committee Headquarters at the fashionable Watergate Office Building on the banks of the Potomac River.

One Pine Bluff native, Martha Mitchell, was front and center in sounding the alarm of the crime, and her role in exposing Watergate is now the focus of the April 24 premiere of the limited series, "Gaslit" on Starz.

The series stars Julia Roberts as Mitchell, and Sean Penn plays her husband Attorney General John Mitchell, and is based on a Slate podcast, "Slow Burn."

The break-in and ensuing cover-up would eventually unravel and lead criminal investigators to the Oval Office, uncovering the involvement of then-President Richard M. Nixon and his closest circle of confidantes.

Watergate, the break-in's nickname, was one of the nation's greatest modern scandals and would ultimately result in Nixon's resignation about two years later.

But many of the president's men -- including John Mitchell who was married to Pine Bluff native Martha Elizabeth Beall Mitchell at the time -- went to prison.

Brenda J. Hall wrote in the Encyclopedia of Arkansas about Martha Mitchell.

"She was a renowned character in Washington, D.C. ... Nixon once said, 'If it hadn't been for Martha Mitchell, there'd have been no Watergate.'" Hall wrote.

In the 1970s, Martha Mitchell was a household name, but Watergate made her name a footnote on the pages of history.

A PINE BLUFF POINT OF VIEW

He admitted he might be "a little biased" about her.

"Martha's probably the most historical person who has come out of Pine Bluff," Abbott said.

"People are seeing women like Martha differently now and their contributions. Their role and their influence on history. It takes time for some things to come to light," he said.

Abbott said he believes the Starz television series will cast a fresh spotlight and bring renewed interest to that period of American history and in particular Martha Mitchell.

"Executive produced by Sam Esmail, 'Gaslit' is a modern take on Watergate that focuses on the untold stories and forgotten characters of the scandal," stated an article about the series in Variety, which covers entertainment news. "The story will center on ... Mitchell, 'a big personality with an even bigger mouth.'

"Martha is a celebrity Arkansan socialite and wife to Nixon's loyal Attorney General. ... Despite her party affiliation, she's the first person to publicly sound the alarm on Nixon's involvement in Watergate, causing both the Presidency and her personal life to unravel."

Ray West Jr., a cousin of Martha Mitchell by marriage and a close friend from Pine Bluff, gave The Commercial an extensive interview in 2013.

"She was a colorful woman with a movie-star quality who loved attention from the press," West said. "Even Nixon loved her."

"She was fun, smart and interesting. She loved being the center of attention," West said.

Nixon's warm feelings for the her quickly chilled after the break-in was made public and Martha Mitchell became vocal about certain incidents. There was, however, a time when Martha was the darling of the American public, he said.

According to national polls taken during the last 1960s and early 1970s, her name was more recognizable than the president's, and the press couldn't get their fill of the hometown girl, Martha Mitchell. She made the covers of "People" and several New York magazines.

She lived at a New York fashionable address, 1020 Fifth Avenue -- Jackie Kennedy Onassis lived up the street at 1040, he said.

West accompanied Martha Mitchell to the Plaza Hotel when she was interviewed by David Frost, and remembered, "She was the woman of the hour."

When she traveled to England to meet the Queen, reporters covered her trip with great fanfare, and she had a guest appearance on the then-popular television show "Laugh-in," West recalled.

"She was mobbed like a movie star," and that's probably why First Lady Pat Nixon and her daughters didn't get along with her," West said.

Martha Mitchell was born Martha Elizabeth Beall on Sept. 2, 1918, at Pine Bluff, according to encyclopedia.com.

She attended college, and later was employed as a secretary at the Pine Bluff Arsenal. When her boss was reassigned to a Washington post in 1945, she transferred with him.

She married and divorced and later married John Mitchell, an attorney in 1957, according to encyclopedia.com. It was after her second marriage when West had moved to New York.

"I had a call from Martha. She wanted to take me to dinner," West said.

On their way to the 21 Club, the Mitchells picked West up in a Cadillac Coupe, with John Mitchell driving.

West recalled asking, "Where is Clyde [Jennings Jr., her first husband]?, and she pats me on the knee, saying, 'Honey, there's been some changes in my life.'"

Four years later John Mitchell resigned his post as attorney general to become director of the Committee for the Reelection of the President -- referred to as "CREEP" by Nixon opponents.

It was during Nixon's reelection bid that the June 17, 1972, break-in occurred, according to history.com, and the Mitchells were attending a fundraiser in California when the attorney general learned of the bungled break-in and the arrests.

John Mitchell would deny any knowledge of the burglary, and Martha Mitchell was kept in the dark.

At that point, Martha Mitchell claimed to have been a political prisoner. The reason said West, was "because she knew funny things were going on and would not hesitate to call the press."

Her husband -- telling Martha Mitchell she was exhausted and needed a few days of rest -- left her in Newport Beach on Monday and returned to Washington.

Nixon associates, Steve King and Lea Jablonsky stayed with Martha Mitchell and wouldn't allow her to leave the hotel suite. FBI and Secret Service agents were posted outside on the grounds.

When she called Helen Thomas of United Press International wire service, King ripped the telephone cord from the wall. Thomas confirmed that the conversation ended abruptly with Martha Mitchell saying, "You just get away!"

Nearly two years after Nixon's resignation in 1974, Martha Mitchell died from bone marrow cancer at the Sloan Kettering Cancer Center on May 31.

She was estranged from her husband and daughter, Martha Elizabeth Mitchell Jr., and until the funeral, ignored by the press. She also had a son, Clyde Jay Jennings.

A floral piece was sent to the funeral home by two U.S. Navy personnel from California, referring to statements Martha Mitchell had made about Nixon and his involvement with the Watergate affair, which read, "Martha was right." 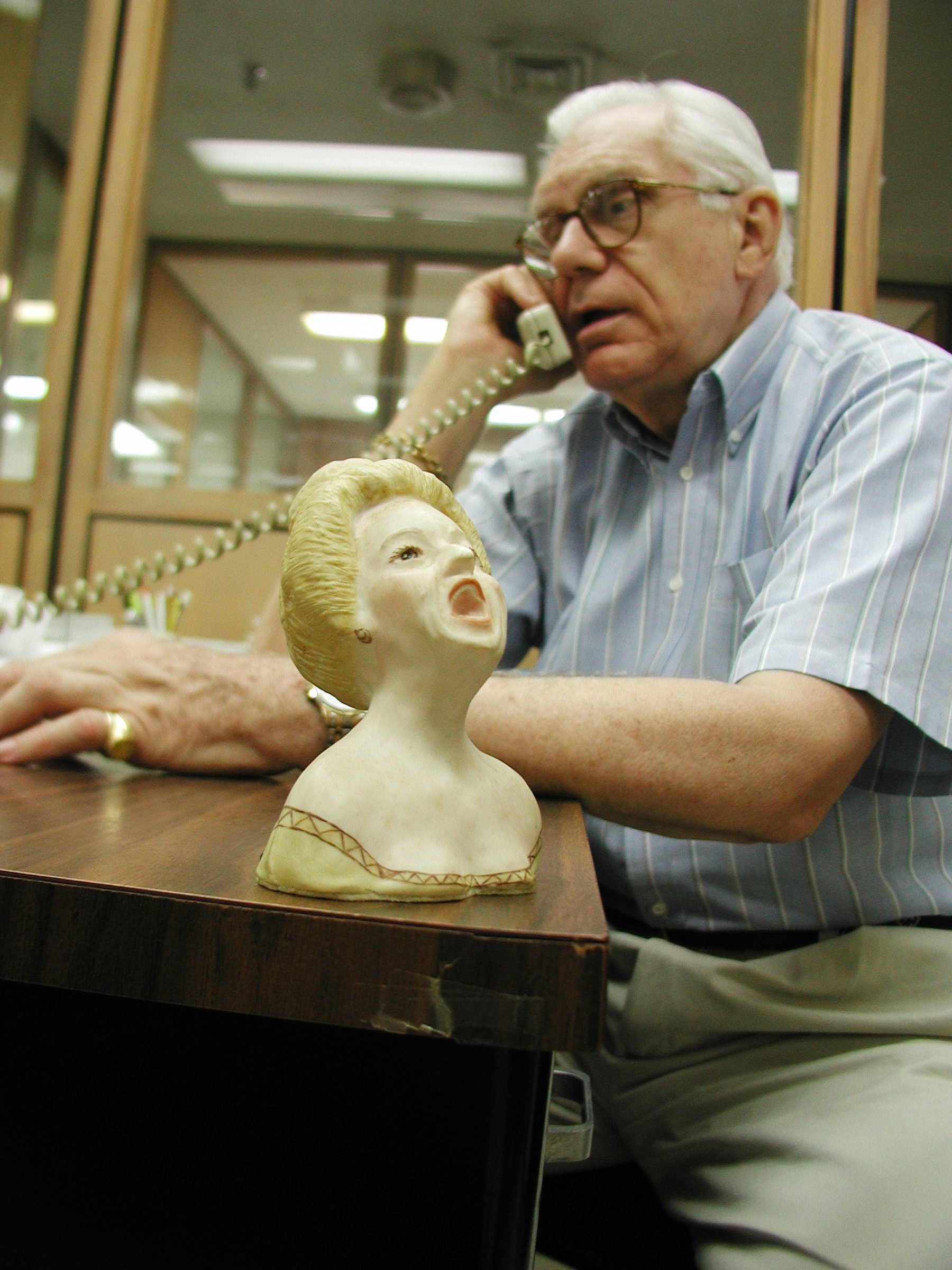 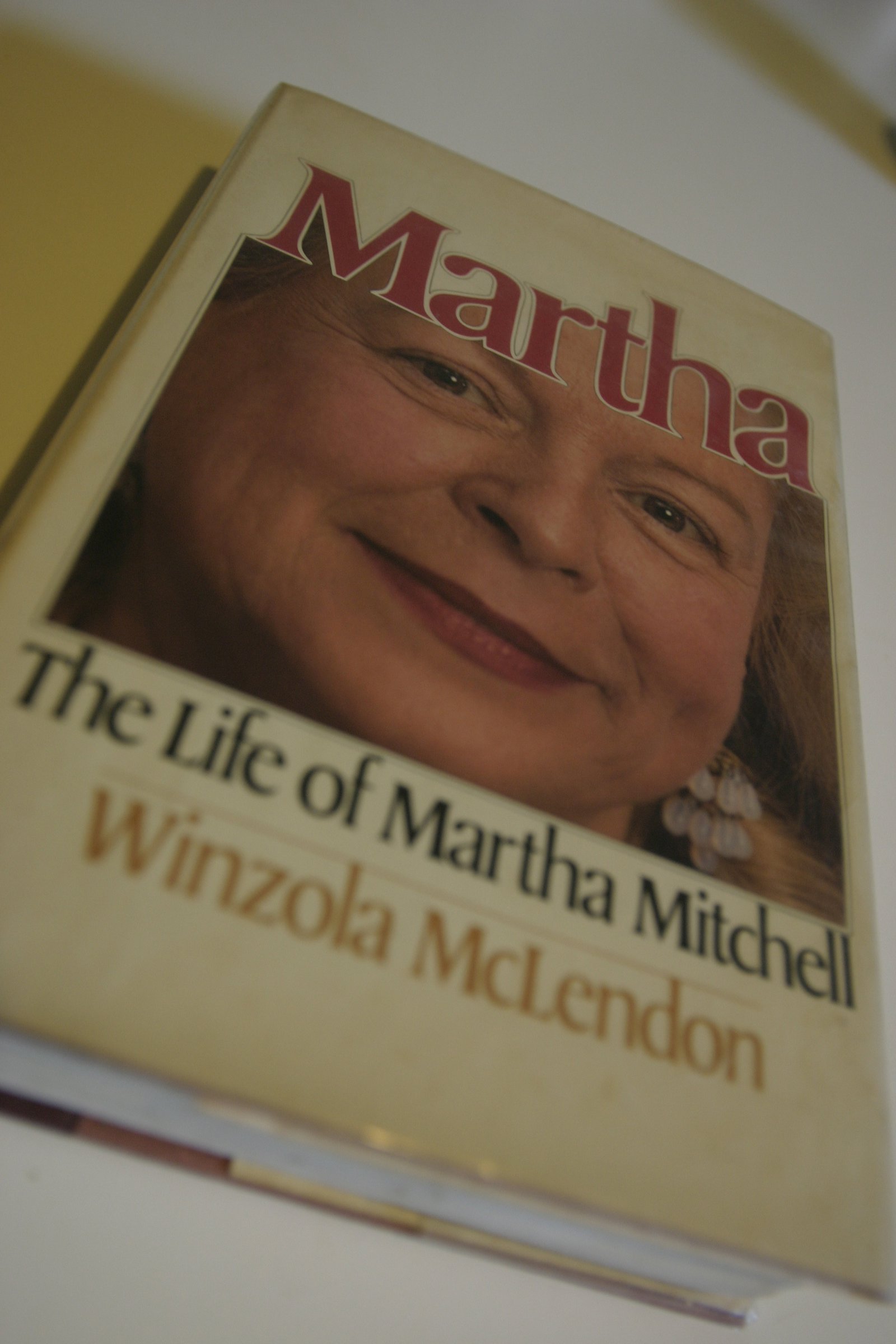