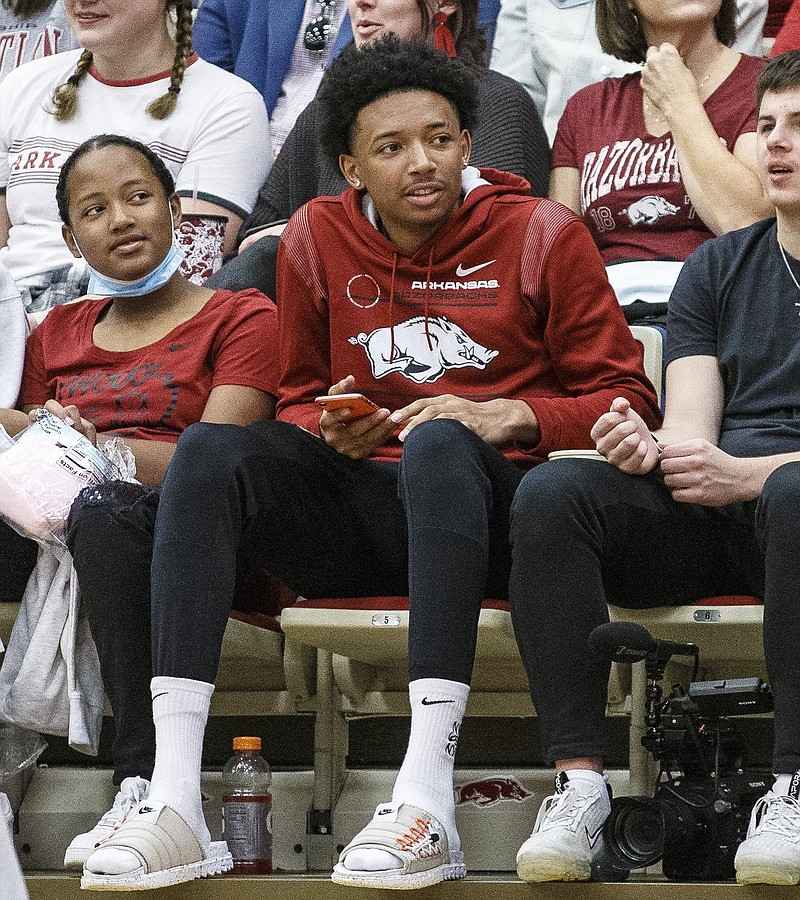 Nick Smith Jr. is shown in this file photo. (Special to the NWA Democrat-Gazette/David Beach)

University of Arkansas 5-star signee Nick Smith was named one of five finalists for the Naismith Boys High School Player of the Year on Thursday.

"This is a blessing, especially for those guys to recognize me as one of the best players, best performers," Smith said. "It's definitely a good thing to see especially after seeing the other four guys on the list. They're very good players, and I was one of the five to be named."

Lively, Whitehead and Filipowski are Duke signees and are ESPN's No. 1, No. 3 and No. 5 overall prospects nationally, while George is the No. 3 prospect and a Baylor signee.

Smith learned he was finalist after receiving texts from Arkansas coach Eric Musselman and director of recruiting Michael Musselman.

"They had texted me and told me congrats and I was asking, 'Why are you telling me congrats for?' and they then showed me the list and I was, 'Oh, OK,' " Smith said. "It didn't really sink in. I looked at it and thought, 'Oh cool.' Once I settled down, I was ecstatic to see it."

The winner will be announced March 4. Should Smith win the award, he would be the first Arkansas high school athlete and first Razorbacks signee to do so since the award was created in 1987.

Smith is one of five ESPN top 100 prospects in Arkansas' 2022 signing class, which is ranked No. 3 nationally behind Duke and Kentucky. Being the first Arkansan to win the Naismith award would be "huge" to Smith.

"Being one of the first to do it is basically what I've been trying to do my whole career," Smith said. "Just try to make history and stamp my name on a lot of stuff. I'm not done yet."

Smith is averaging 26.5 points, 8 rebounds and 7.3 assists per game for the Charging Wildcats this season. He was recently selected to play in the McDonald's All-American Game in Chicago on March 29.

"He has set himself for this consideration by playing on the biggest stages in country versus the best competition in spring and summer and high school," Rice said. "No stage is too big for him. Fierce competitor."