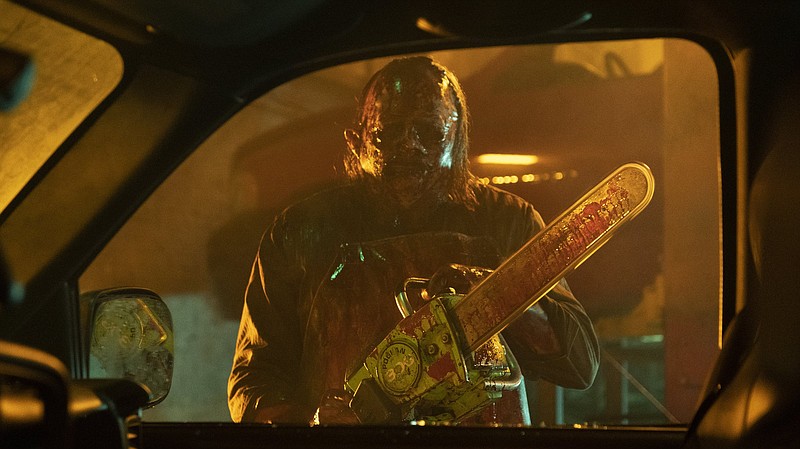 The iconic “Leatherface” (played this time around by Mark Burnham) is back in Netflix’s “Texas Chainsaw Massacre,” yet another iteration of Tobe Hooper’s classic ’70s horror film.

Call me a lazy critic, but when preparing to review Netflix's new "Texas Chainsaw Massacre" I didn't even bother to figure out how many sequels, reboots, and remakes there have been of Tobe Hooper's 1974 horror classic. I lost count a long time ago. Normally when reviewing these kinds of movies I make it a point to sprinkle in a few of those semi-interesting franchise facts. But to be honest, in this case it's pretty meaningless. None of the countless attempts has been able to hold a candle to the original.

I say that mainly because I hold Hooper's '74 film in such high regard. It's one of a handful of horror movies that I still vividly remember seeing for the first time. It would have been in the mid-1980s on a VHS tape rented from one of my hometown video rental shops. I remember being unnerved from the very start as a young John Laroquette, with the tension-soaked seriousness of an investigative reporter, warns us about the events we are about to see. I remember the queasy whine of a photographer's flashbulbs as he or she shoots a gruesome crime scene. Within seconds Hooper had me in his clutches and kept me there all the way through. I can't say the same for the other "Chainsaw" movies.

Directed by David Blue Garcia and written for the screen by Chris Thomas Devlin, this new "Texas Chainsaw Massacre" caught my attention by framing itself as a direct sequel to Hooper's original. The problem is it doesn't resemble the original in any way -- not in style, not in tone, and certainly not in story. In fact there's practically no connecting tissue whatsoever other than a madman with a chainsaw who wears a mask of human flesh and the pointless inclusion of Sally Hardesty, the lone survivor of the first film (she was originally played by the late Marilyn Burns but here by Olwen Fouere).

Set nearly 50 years after the events of the first film, "Chainsaw" 2022 follows a group of four twentysomethings who we're supposed to believe are fledgling entrepreneurs. A wacky business venture takes them to the dried-up Texas town of Harlow (which looks more like a studio lot than an actual place). If I understand it correctly (because the movie isn't much for details), the bank reclaimed all of Harlow's properties. Melody (Sarah Yarkin) and Dante (Jacob Latimore) acquired the properties and are scheduled to host a group of investors to come tour the place. They'll then auction off parts of the town to the highest bidders who will then bring in businesses and rebuild Harlow in their own idealistic image. Dang city folks and their wild ideas.

While waiting on the tour bus full of investors to arrive, Melody, her troubled sister Lila (Elsie Fisher), Dante, and his girlfriend Ruth (Nell Hudson) begin exploring the deserted town. While checking out an old orphanage, they're surprised to learn that not all of the townsfolk have left. More specifically, a sickly old lady and her hulking son who for some reason wears a butcher's apron and always has his face conveniently obscured by shadows.

As you can probably guess, the woman's son is indeed the brutally terrifying Leatherface and things quickly turn nasty. But don't expect anything in terms of backstory. Garcia and Devlin don't tell us anything about who this woman is, how she and Leatherface came together, or what they're doing in Harlow. They're just there. This wouldn't be much of an issue if this was just another tired reboot. But when you tout your movie as a direct sequel, questions like this are inevitable. Yet they're all but ignored by a film that's far more interested in showering its audience in blood and guts.

Full disclosure: I'm not a crusader against gore, especially in slasher movies where it's more of a celebrated trope rather than something taken seriously. This new "Chainsaw" goes full-on slasher and is loaded with enough grisly carnage to make gorehounds giddy. And if I were to praise one element of the movie as a legitimate strength, it would be the wickedly creative ways they devise for Leatherface to kill his faceless rabble of victims.

Here's the problem, Hooper's original was raw and harrowing, but it wasn't a slasher film. Yes, it thrusts the viewer into a macabre world marked by its unsettling indifference to human suffering. But it relied on building discomfort and a persistent sense of dread rather than graphic bloodshed. It's a much different story with this "sequel." Creative carnage is all it has which is yet another way it feels at odds with the 1974 film it claims to follow.

Other than a handful of cool Easter eggs, there's not much else worth mentioning. I can't praise the story which is too shallow to be a standalone horror movie much less a sequel to a revered classic. I certainly can't praise the bland and flavorless characters, none worse than Sally Hardesty who's shamelessly thrown into a couple of scenes just so they can call this a sequel. But in reality this iteration is nothing more than a hollow forgettable disappointment. One that borrows the name "Texas Chainsaw Massacre", but has no real resemblance to the movie that made that title famous. 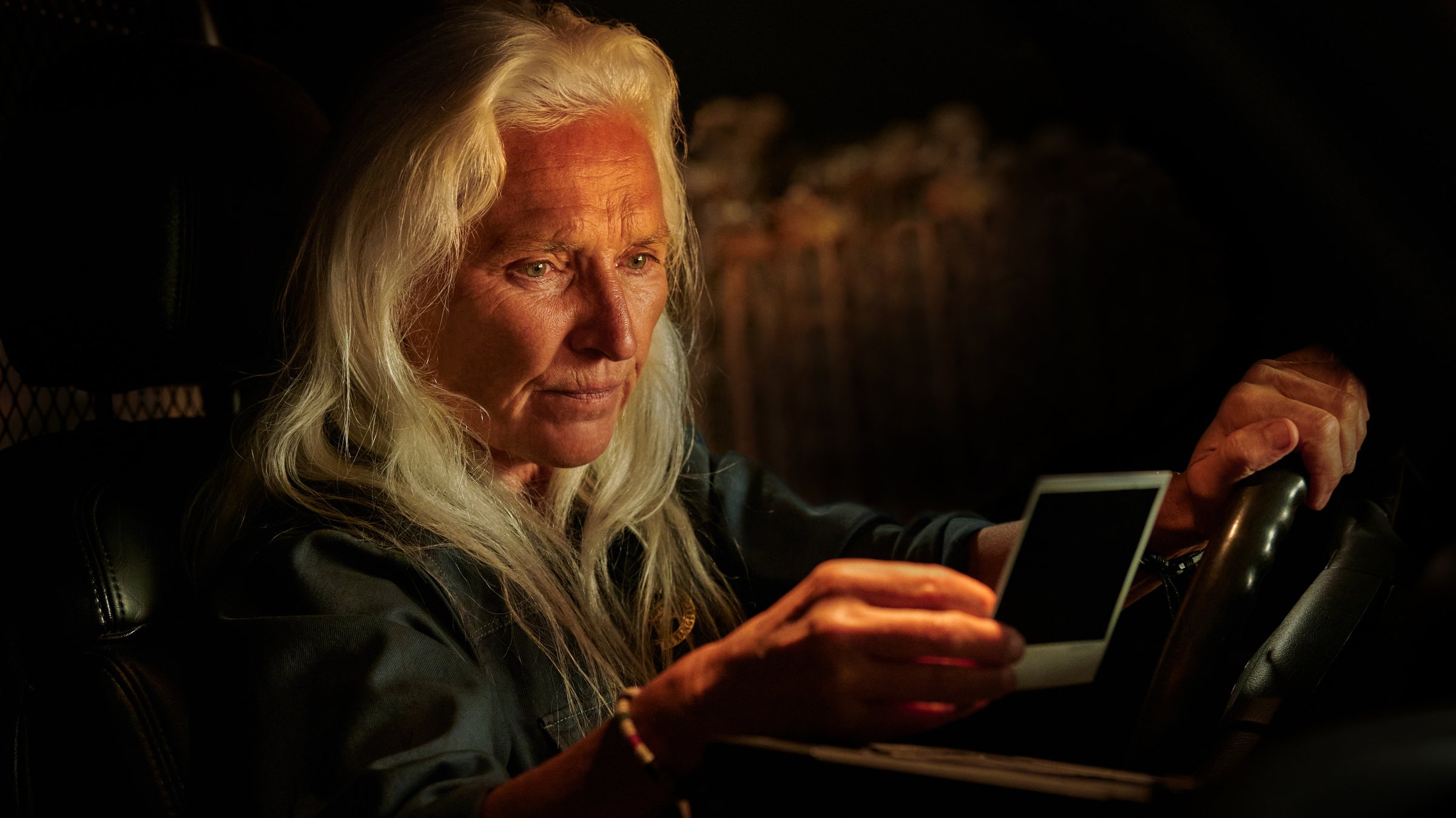 One tie between the original “The Texas Chain Saw Massacre” and the new Netflix film “Texas Chainsaw Massacre” is the character of Sally Hardesty, the lone survivor of the first film. (Originally portrayed by Marilyn Burns, played here by Olwen Fouere).