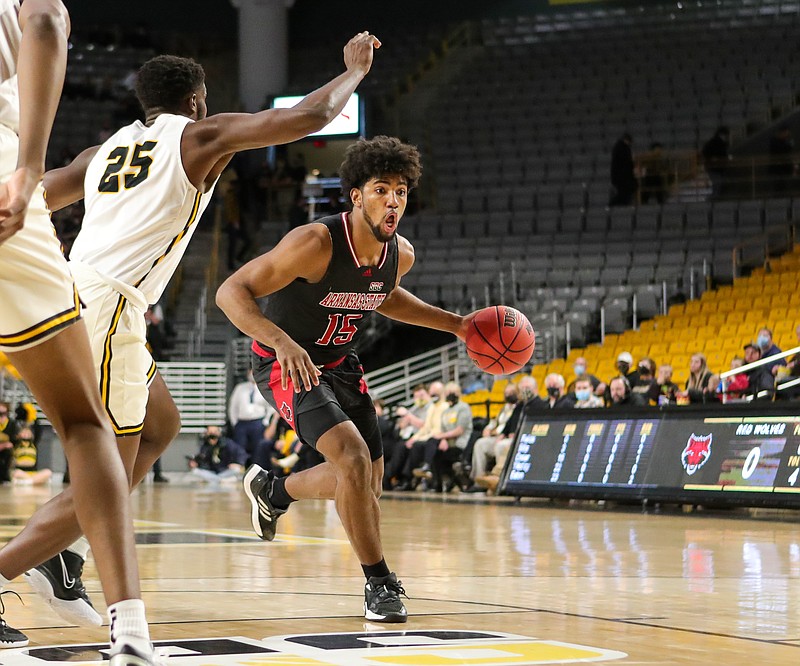 In not even two full seasons at Arkansas State, Norchad Omier has made plenty of history.

He’s the first Nicaraguan to play Division I men’s basketball. He matched the most Sun Belt Player of the Week honors in a season. Just last week, he turned in a 23-point, 15-rebound, five-block, five-steal performance against Coastal Carolina — a stat line unmatched in the last decade-plus.

The numbers alone tell the story of a remarkable season for the 6-7 forward. Omier averaged 17.2 points and 12.0 rebounds in 27 games for the Red Wolves, shooting nearly 65% from the field. Only Utah Valley’s Fardaws Aimaq is posting at least as many points and rebounds per game, and among players averaging at least 10 points and 10 rebounds, Omier is second nationally in Player Efficiency Rating at 34.4 — one spot behind likely National Player of the Year Oscar Tshiebwe of Kentucky and one spot ahead of All-American Kofi Cockburn of Illinois.

Omier is also the first underclassman to win the award since Georgia State’s D’Marcus Simonds did so in 2017-18, and Omier is only the 8th all-time to do so.

But he wasn’t the only ASU underclassman to grab conference honors Monday as Red Wolf guard Lauryn Pendleton was named Sun Belt Women’s Basketball Freshman of the Year. The Little Rock Central alum shot 40.0% from the field and 36.0% on three-pointers in her debut campaign while leading the Sun Belt in free-throw percentage at 84.1%.

University of Arkansas-Little Rock forward Sali Kourouma was a second-team member after leading the Trojans in scoring at 17.5 points per game, and UALR teammate Mayra Caicedo joined her as a third-team honoree — the second straight season in which Caicedo has been a third-team member. ASU forward Trinitee Jackson grabbed a third-team spot with Caicedo as well.