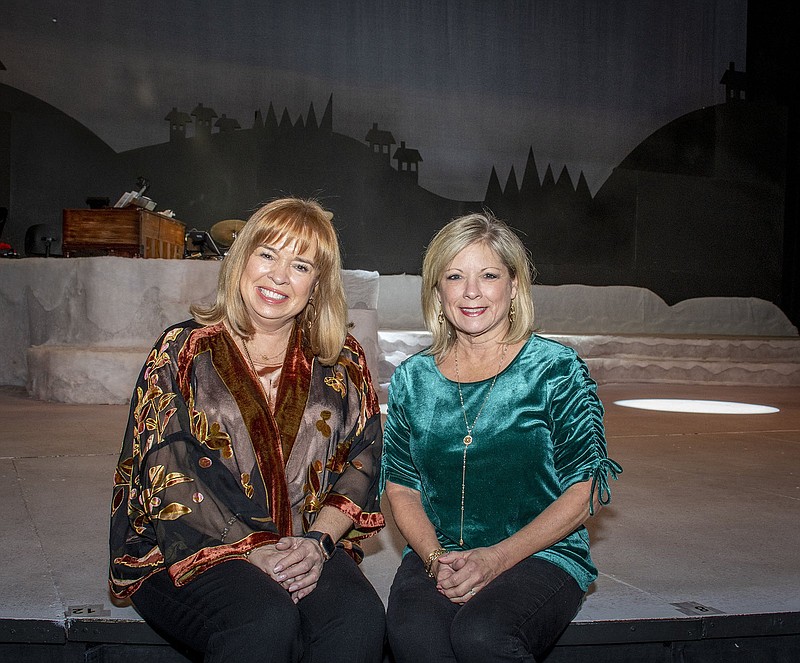 Brianne Bush and Cathey Robbins roll out the welcome wagon for the cast and crew of shows at the Arkansas Repertory Theatre. Both women are members of the Stagehands, a group of more than 30 volunteers who cook meals and put together goodies for the casts. Robbins is chairing the group this year. (Arkansas Democrat-Gazette/Cary Jenkins)

Brianne Bush and Cathey Robbins became volunteers at the Arkansas Repertory Theatre for the same reason -- both have children who performed on the Rep's stage.

Seven or eight years ago, the women helped found the Rep's Stagehands -- a group of more than 30 volunteers who are the "welcome wagon" for the professional actors who come to Little Rock to perform in productions.

"When they come into town for the first rehearsal day, we do the food for what we call the meet and greet. They are just meeting each other for the first time," Robbins says.

Others are invited to the meet and greet including the Rep's Board of Directors and its staff. When rehearsals begin, the Stagehands provide another meal.

"We've done gift baskets for Christmas because most actors are not from here. They are away from their families and, in addition, a lot of our members have entertained the actors during the week or when they are off on a Monday. They might have a get-together at their house or something like that. It's a great way for us to get to know them," Robbins says.

"They are all staying in apartments or hotels and we just try to do whatever we can to provide some Southern hospitality to them and make them feel at home," Bush says.

Bush adds that she has become friends with many of the actors and when they come back to Little Rock, she will go out to dinner with them. She also has had dinner with her actor friends when she visits New York.

"We get a lot of really professional people in the shows," Bush says. "It's a big deal to work at the Rep. I think if you ask actors in New York who are familiar with the Rep they would jump at the chance to work here because it is a very professional and well-respected theater."

When Jason Alexander directed the world premiere of "Windfall" at the Rep in 2016, the women got to know him and visited with him at several functions. Alexander was one of the stars of the long-running sitcom "Seinfeld."

"He was wonderful," Bush says. "It's just great to get to know the actors on a personal level versus what their characters are on stage."

Robbins says her daughter Anna got interested in acting because of the Rep. She took Anna to shows at the Rep starting when she was in second grade. Anna and Bush's son Alex joined the Rep's Summer Youth Program and both eventually got degrees in musical theater.

"They do such a good job and it's an intimate theater," Robbins says. "I can say that's why she got into the youth program there."

Anna, now 27, and Alex, now 31, moved to New York and gave acting a try before moving on to different careers.

The Stagehands also have held a couple of fundraising cabarets featuring cast members who perform a number or two.

"Usually the cast jumps all over it," Bush says. "It gives them a chance to get a little spotlight on them and they get to sing whatever they want versus whatever their character is on stage. This usually happens mainly with the musicals, but it's been a really popular thing. We sell tickets. It is a very casual-type format and the actors love it and the patrons of the Rep seem to love it, too."

In 2021, some of the Stagehands pitched in to help the Rep remodel the Green Room, the space where the actors hang out while waiting to go on stage. The work is expected to be done early this month, Robbins says.

As longtime Rep supporters, both women have seen many shows. But each must have a favorite. What were they?

"Oh gosh, I have to say the first 'Joseph and the Amazing Technicolor Dreamcoat.' They have done it two or three times but the first one I believe my daughter was in the second grade and we saw it several times. It was just awesome."

"Mine was probably 'Les Mis.' My son was in that one and I will always have a special place in my heart for that show," Bush says. "It's his favorite musical and when he got cast in the ensemble, it was a really special time for our family."

The Stagehands are always looking for more volunteers -- the more the merrier.

"It's fun and it's flexible and we've all become friends," Bush says. "It's fun."

More information about the Arkansas Repertory Theatre can be found at therep.org. 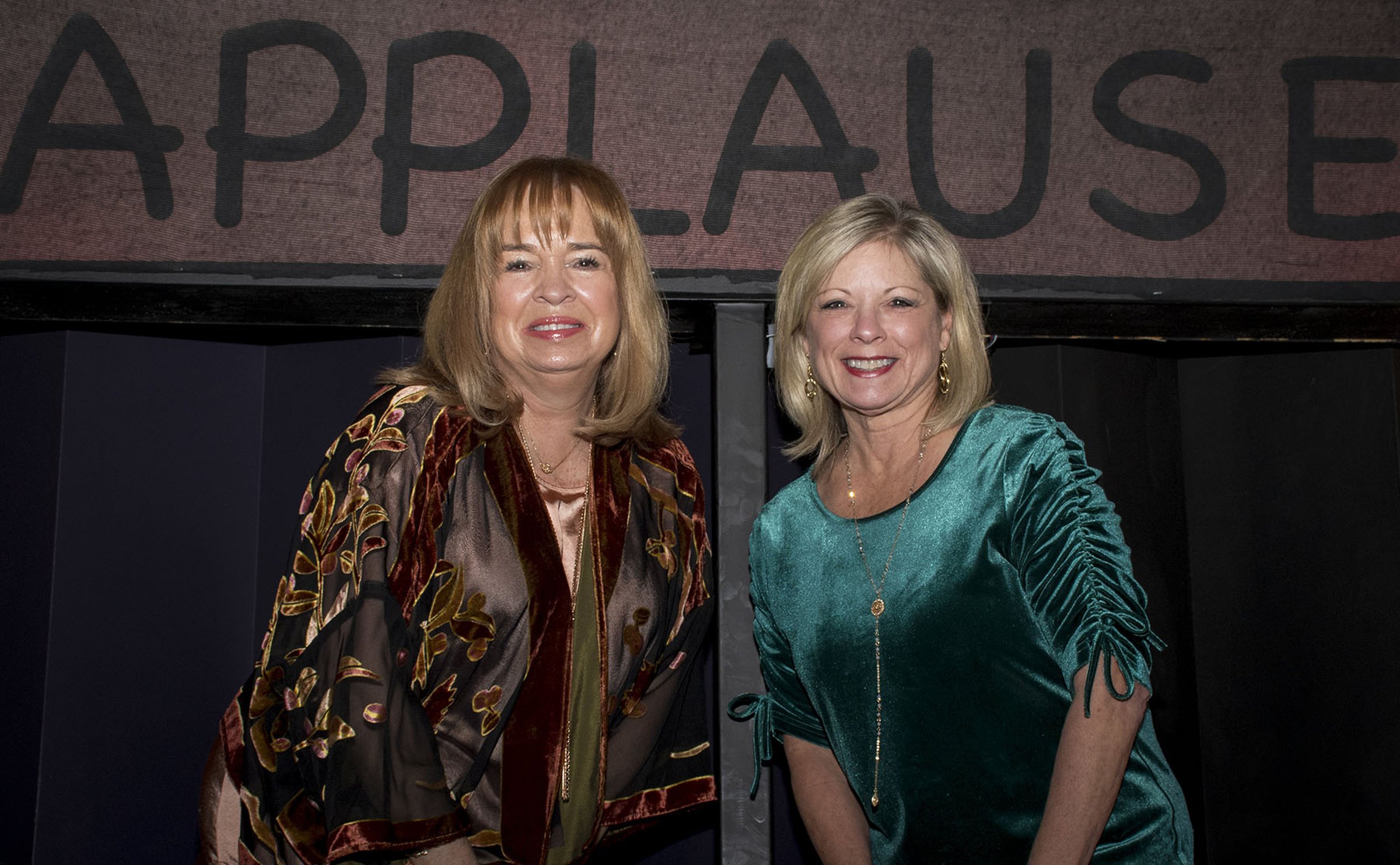 Brianne Bush and Cathey Robbins both got involved with the Arkansas Repertory Theater because their children were interested in acting. They are members of the Rep’s Stagehands and volunteer to make out-of-town actors and cast members feel welcome in the Natural State. (Arkansas Democrat-Gazette/Cary Jenkins)