A roll of stickers awaiting distribution to early voters sits on a table at the check-in station at the Pulaski County Courthouse Annex in Little Rock.

The winner will serve the unexpired term of Sen. Lance Eads, R-Springdale. Eads resigned Oct. 28 to take a lobbying job. His successor will remain eligible to seek reelection.

Fulfer is the chief of staff for the city and a former Springdale City Council member. Unger is a retired U.S. Navy captain in his first political race. They were the two leading candidates in a four-way Republican primary Dec. 14.

No candidate got a majority of the vote, triggering the runoff.

Fulfer came within 100 votes of winning a majority in the Republican primary, getting 1,388 votes out of 2,975 cast.

"We were pleasantly surprised," Fulfer said of those results and his supporters. "We didn't see anybody getting more than 40%."

Other candidates in the race were former state House member Jim Bob Duggar of Tontitown and retired engineer Robert "Edge" Nowlin of Fayetteville.

"The biggest takeaway from that for me and my team is that residents want someone who can bring experience in government and in private business to the table," Fulfer said Tuesday. "Forty-seven percent is quite a statement that the community made. They want both.

"I think it shows we have a lot of momentum," Fulfer said of the primary results.

"I think there's an outlook in government that the money is always going to be there, but that you don't have that in a small business," Fulfer said. "I think voters want someone in government who thinks like a businessman, who acts like the money could run out."

Fulfer is the former owner of Westfield Chapel Funeral Home in Springdale. He sold the business in 2018.

"Springdale is in the best financial shape it's ever been in," Fulfer said, adding that is in part because of his attention to city finances as chief of staff.

Fulfer describes himself as a principled conservative problem-solver, someone who can work out solutions to problems with people who disagree with him without sacrificing principles.

His previous experience as a small-business owner left him with an appreciation of how tough the covid-19 pandemic has been on such businesses, Fulfer said. He said government mandates on closings, social distancing and other such safeguards should have been more consistent. The frequent changes were disruptive, he said.

Unger bested two other candidates, including Duggar, an experienced campaigner, in his first political contest. He attributed that to his focus on practical issues a legislator can realistically address.

"Most of the issues we face are apolitical," he said.

Unger describes himself as a "platform Republican," someone who will stand firm on core issues such as civil liberties and the Bill of Rights, but who will work with others to solve problems and mind the public's business.

For instance, Unger received a positive response in the primary from his mention of the Eco-Vista Landfill in Tontitown, he said. The region is dependent upon this one landfill, yet this landfill's useful life cannot go on forever.

"I just came from visiting someone who lives next to it," Unger said Monday. The region should have started working on an alternative to the landfill years ago, he said. The limited landfill capacity remaining is a problem considering the region's growth, he said.

These are the sort of issues a legislator can do something about, along with prison reform. Unger became a chaplain during his career in the U.S. Navy. His duties included his voluntary assignment as a brig chaplain, the Navy's equivalent to a prison pastor.

"I believe the people here are sick of political fighting and would like to see some leadership and for their government to work," Unger said.

The Arkansas Constitution requires the governor to call a special election to fill legislative vacancies. Gov. Asa Hutchinson picked the dates for the primaries, the runoff and the special election.

The existing boundaries of Senate District 7 includes most of Springdale and Johnson plus southern Tontitown, all of Goshen and Elkins and eastern bits of Fayetteville. The district stretches to the eastern border of Washington County and touches both the southern and northern county lines.

The state has 35 senate districts. State senators serve a four-year term and receive a base salary of $42,428. They also receive per diem and reimbursement for expenses. 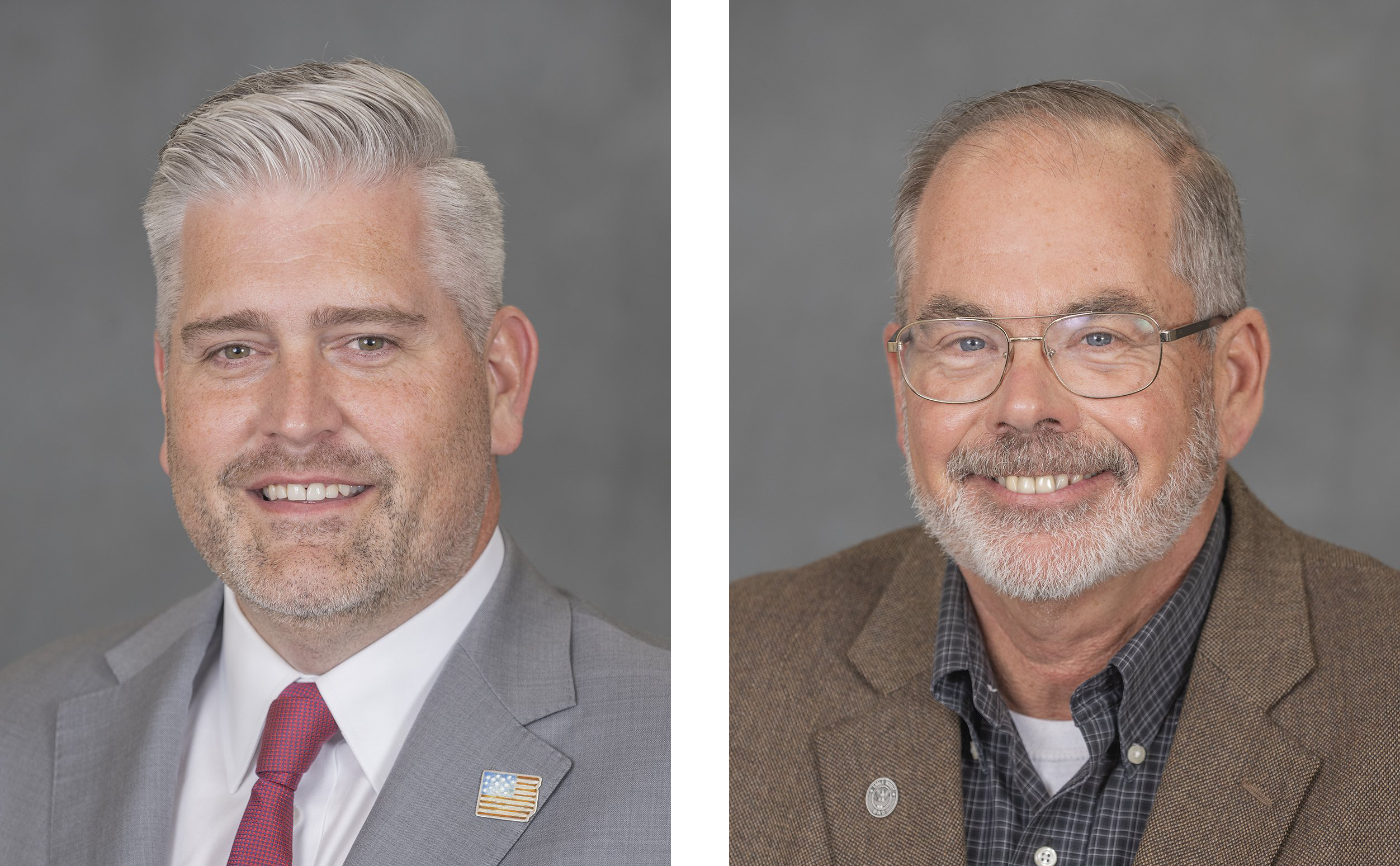 Colby Fulfer (left) and Steve Unger are the Republican candidates in the runoff for state Senate District 7. 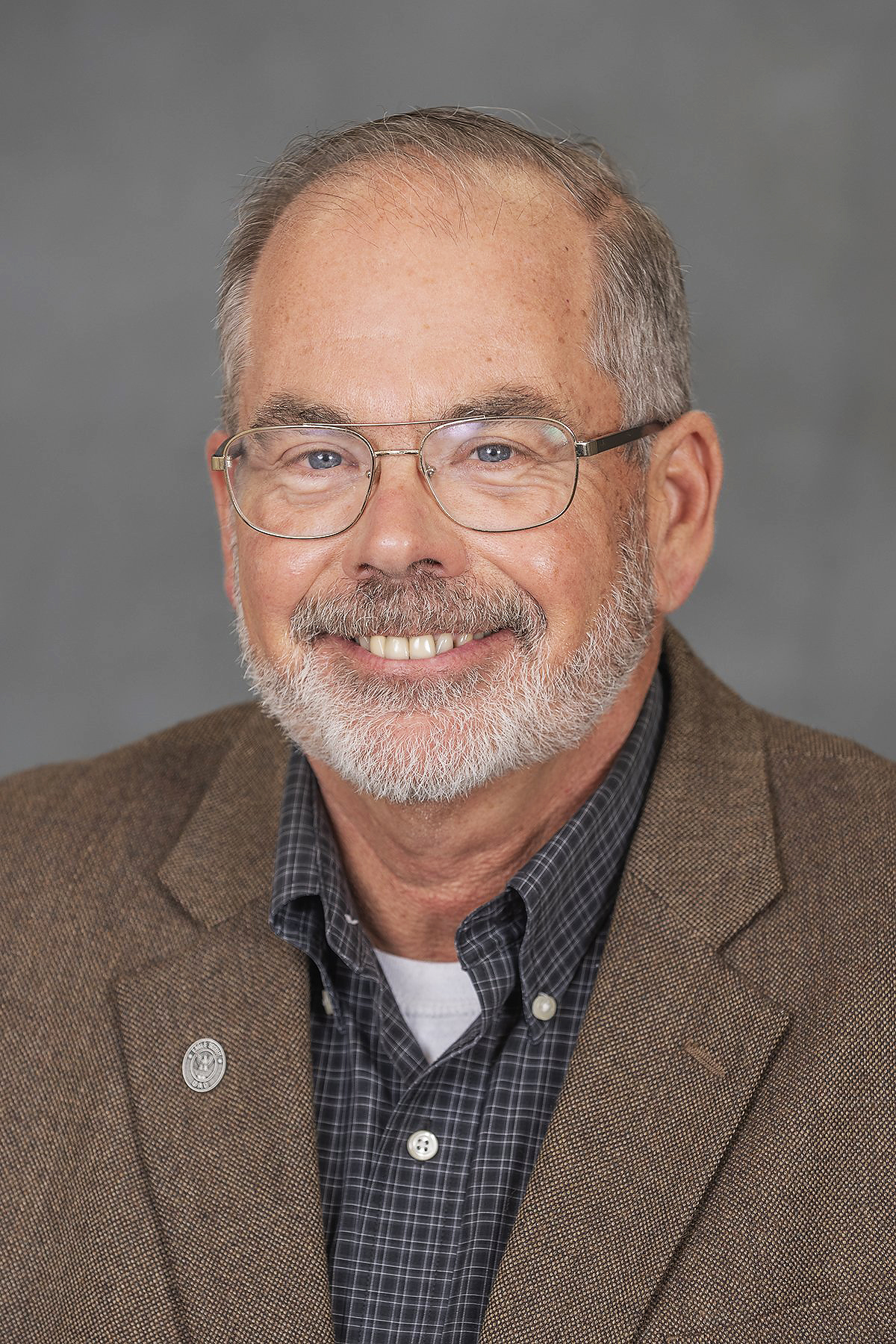