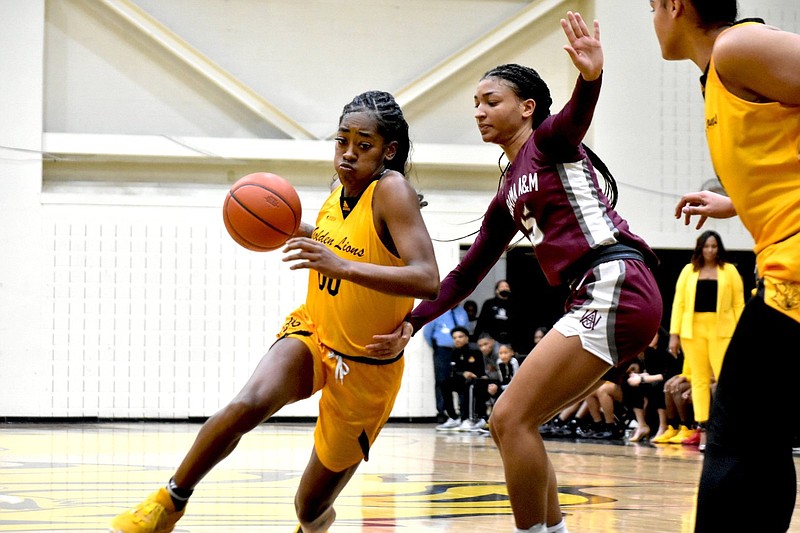 The Lady Lions erased a seven-point deficit to take a three-point lead, but the University of Arkansas at Pine Bluff women's basketball team suffered a 1-for-14 shooting clip from the field in the final 10 minutes as Alabama A&M University rode a 25-point, 14-rebound effort by Dariauna Lewis to take a 58-48 win in Monday's Southwestern Athletic Conference opener.

The shooting spell left UAPB (4-7, 0-1 SWAC) shooting 17 for 63 (27%) from the floor in suffering a fourth straight defeat. The Lady Lions have not won since Dec. 4, when they beat Tulane University in Coral Gables, Fla.

"We always talk about team basketball, playing together and playing as one. We went away from that for whatever reason," UAPB Coach Dawn Thornton said. "It could have been a lack of discipline – shot not falling and I'm going to play a one-man game – and that's what we talked about in the locker room."

Alabama A&M (3-8, 1-0) struggled from the field as well, making only 20 of 56 (35.7%) shots. The Lady Bulldogs also outrebounded the Lady Lions 46-39 and outscored them in the paint 30-28, due in large part to the 6-foot-1 Lewis' work in the post. The transfer from Missouri State University went into the game ranked second in the conference in rebounding at 9.6 per game.

"I have to give credit to Alabama A&M; this is a team that has been playing really, really hard," Thornton said. "They played well early and they find a way to get it done with low numbers. Playing only eight players, that's not new to them. I have to give them credit defensively. They're a very scrappy team limiting us to one shot, but I think late-game, our decision-making wasn't what it should have been."

Khadijah Brown and Maya Peat each scored 11 points for the Lady Lions, who have also lost to the University of Miami, University of Alabama at Birmingham and Southern Methodist University during their skid.

Brown had nine rebounds, one shy of her fifth double-double and her sixth 10-plus rebound game. Peat pulled down seven rebounds.

"Maya was a great help," graduate student Brown said of the 6-foot-6 sophomore and sister of New Orleans Saints guard Andrus Peat. "When Maya's on, we're on. She works hard every day in practice. She's very coachable. She listens to the veterans, myself included. When I talk, she listens to me just like she listens to the coaches. When you do that in practice, it goes on and it turns over in the game. We had a great week of practice, and she had a great game, so it helped us out a lot."

UAPB led by as many as eight points in the first quarter before Lewis keyed a 15-0 Alabama A&M run that helped the Lady Bulldogs lead 19-17 at the end of the period. The Lady Bulldogs were up 31-30 at halftime.

UAPB will host Alabama State University on Wednesday evening. The tipoff is at 5:30 p.m., and the game can be streamed at UAPBLionsRoar.com/watch or listened to on KPBA-FM 99.3 "The Beat." 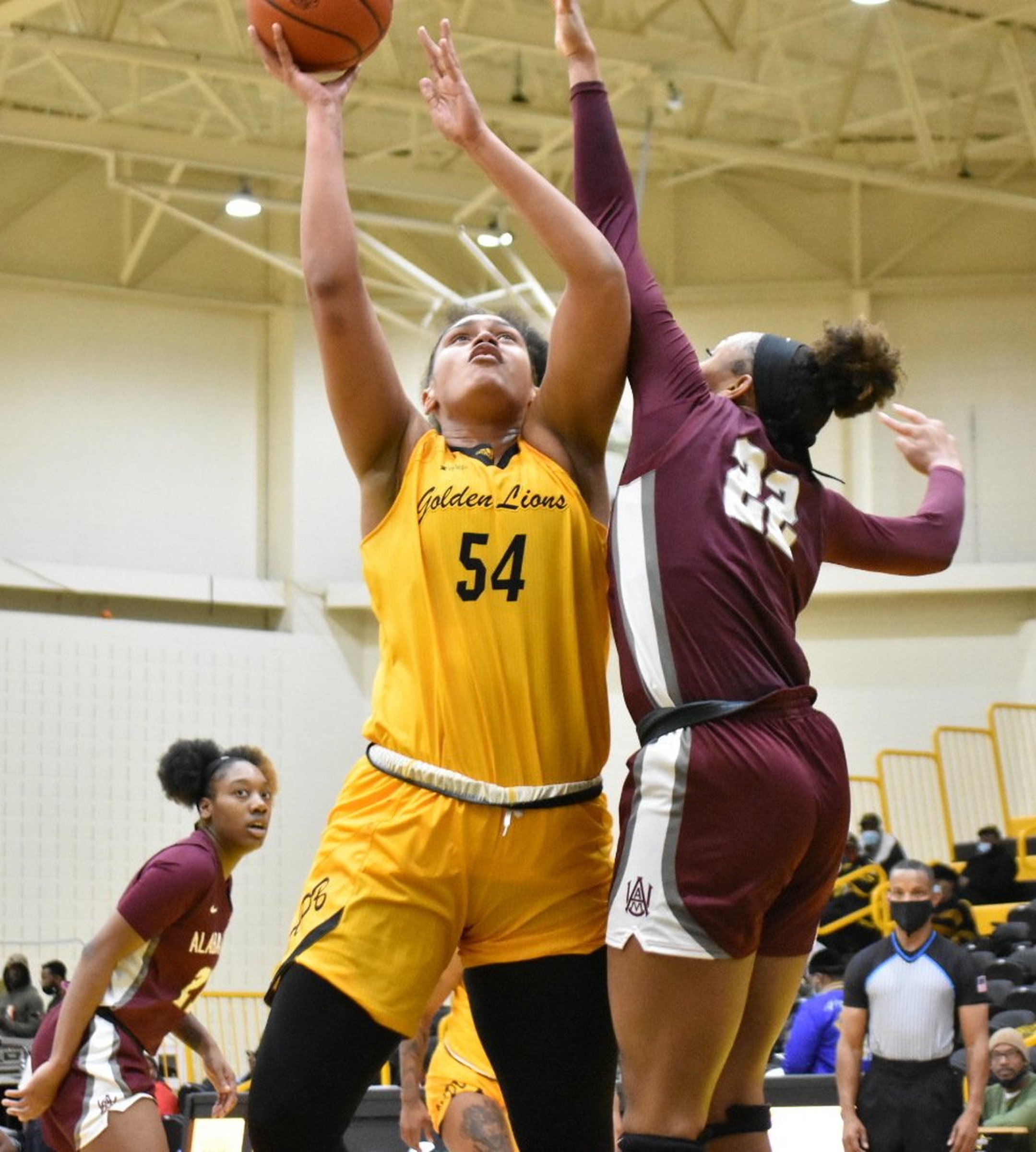 Maya Peat of UAPB goes up for a layup against Teliyah Jeter of Alabama A&M in the second quarter Monday, Jan. 3, 2022, at H.O. Clemmons Arena. (Pine Bluff Commercial/I.C. Murrell)