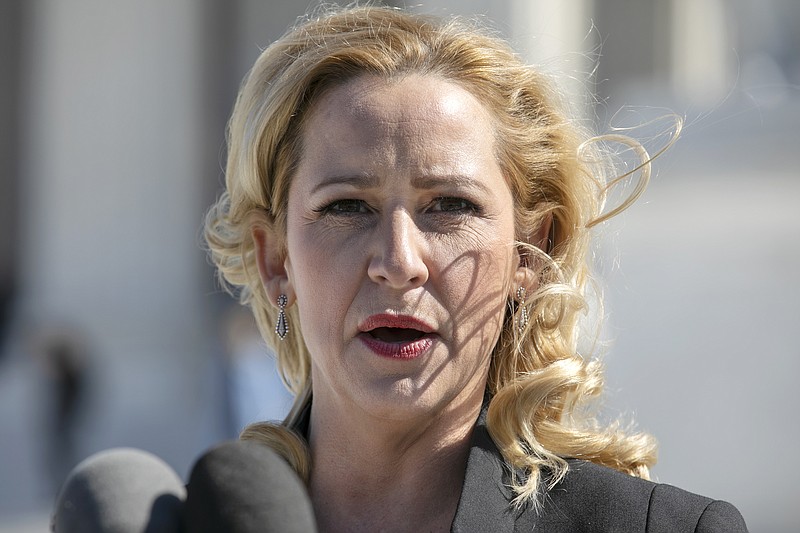 The state's largest managed care provider for Arkansans with disabilities has agreed to pay almost $8 million in civil penalties and reimbursement to the Arkansas Medicaid program over how it reported expenses.

Attorney General Leslie Rutledge announced Tuesday the settlement between the state and Empower Healthcare Solutions LLC. The settlement was based on a joint investigation conducted by the Medicaid Fraud Control Unit of the attorney general's office and the inspector general's office of the U.S. Department of Health and Human Services.

The investigation was initiated after the state's Department of Human Services and the Arkansas Medicaid inspector general raised questions concerning how Empower was reporting expenses in 2020.

The settlement documents provided to the Arkansas Democrat-Gazette on Tuesday stated that the Medicaid Fraud Control Unit did not identify any overpayments, misclassifications or other violations that were sufficient to support credible evidence of fraud or false claims with regard to Empower Healthcare.

Empower Healthcare early last month received a notice of sanctions from the state Medicaid inspector general's office, which notified the company that it was subject to a fraud investigation and that some Medicaid payments would be suspended.

The notice said the state Office of Medicaid Inspector General "received complaints against Empower and performed an investigation regarding alleged fraudulent payments made by Empower to certain providers and vendors that resulted in unnecessary costs to the Medicaid program."

Medicaid payments were partially suspended to Empower in December while the investigation was ongoing.

The Medicaid Fraud Control Unit found that $10,363,511 had been improperly reported and that the reporting violated the Arkansas Medicaid False Claims Act, according to a news release from Rutledge's office.

Empower is one of four Provider-led Arkansas Shared Savings Entities, or PASSEs, in the state. These entities funnel Medicaid benefits to networks of providers that offer a variety of services to individuals with complex behavioral health, developmental or intellectual disabilities.

The PASSE model was created by the General Assembly in 2017 and aimed at reducing the care costs for one of Arkansas' most expensive patient populations.

There are nearly 52,000 individuals in PASSE programs in the state.

With 20,500 beneficiaries, Empower Healthcare is the largest PASSE, according to data from the Arkansas Department of Human Services, which manages the program.

Mitch Morris, Empower's CEO, told the Democrat-Gazette that the company is pleased that the concerns raised by the attorney general's office have been resolved to the mutual satisfaction of both parties.

"The AG's Office reviewed Empower's use of Medicaid funds and asked that certain expenses be classified differently and applied to different operating periods on a calendar year basis," he said in an email. "Although Empower reported the use and distribution of all Medicaid funds in a manner consistent with accounting principles and further accepted by an independent third party auditor, the company agreed to adjust financial PASSE Agreement reporting records in accordance with the AG's and DHS's direction and further reimburse the state of Arkansas for related expenses."

The attorney general's office stated in its news release that Empower cooperated fully with the investigation and agreed to modify its reporting and to pay the state of Arkansas $1 million in civil penalties and costs.

In addition to civil penalties, the adjustments to the report of expenses in 2020 will result in a $6,983,511 increase in Empower's 2020 year-end reconciliation payment to the Arkansas Medicaid Program, bringing the total of the settlement to $7,983,511, the news release stated.

"Empower denies and disputes any allegation that it committed fraud, submitted false claims, overbilled, or stole from the State of Arkansas or the Medicaid program," Morris, the CEO, said in an email.

The settlement documents stated that upon payment, the Dec. 1 partial payment suspension based on the investigation will be lifted.

Morris said the settlement with the attorney general's office will have no impact on those who depend on the company for care.

"Empower maintains primary focus on our mission to empower individuals to lead fuller, healthier lives at home and in their communities," he said. "Empower is steadfast in its resolve to continue treating patients as the premier PASSE in Arkansas."

Empower has also faced additional scrutiny from the Arkansas Department of Human Services, which late last year sought information from the company to determine if it can continue to operate this year.

The request for more information came after a consultant questioned whether Empower could in 2022 continue meeting the state's standards for managed care providers.

The Department of Human Services began to scrutinize Empower after the company began separating in 2021 from Beacon Health Options Inc., a Boston-based behavioral health provider that owned a 16.6% stake in Empower.

Empower sued Beacon, alleging the provider has been sabotaging Empower's business in Arkansas in favor of a competitor.

The Department of Human Services requested readiness reviews from Empower to determine whether it can operate as a fully functional PASSE without Beacon Health, which provided a number of crucial services for day-to-day operations.

"Nothing in this agreement is intended to limit DHS's oversight of Empower or the PASSE system," the settlement agreement documents state.

Amy Webb, spokeswoman for the Department of Human Services, said Empower is continuing to serve as a PASSE and is actively serving clients.

"We continue to meet Empower daily as the company works its way through the readiness review process," she said.

"We are pleased to have this matter behind us and look forward to working collaboratively with DHS to continue service to approximately 20,000 Arkansans through the Medicaid PASSE program," he said.

Information for this article was contributed by Lara Farrar of the Arkansas Democrat-Gazette.