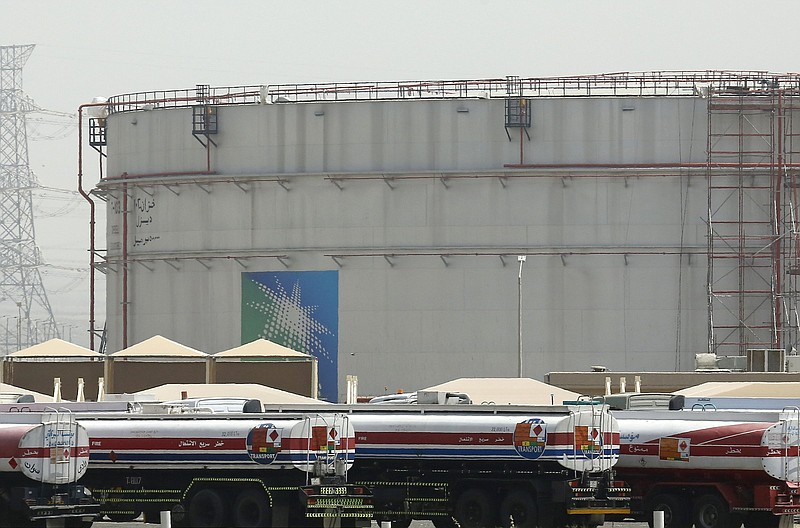 FRANKFURT, Germany -- OPEC and allied oil-producing countries decided Tuesday to pump more oil to the world economy amid hope that travel and demand for fuel will hold up despite the rapid spread of the omicron variant of covid-19.

The 23-member OPEC Plus alliance led by oil cartel member Saudi Arabia and non-member Russia said it would add 400,000 barrels per day in February, sticking with a road map to slowly restore cuts in output made during the depths of the pandemic.

Oil prices rose with the news: U.S. crude traded 1.2% higher on the New York Mercantile Exchange, at $77.02 per barrel, while international benchmark Brent crude was up 1.3%, at $80. The decision left few market ripples because it had been broadly expected.

After the first reports about the ultra-contagious omicron variant in late November, oil prices plunged and stocks slid. But prices have since recovered and markets calmed down. Analysts say vehicle traffic and aviation activity suggest that omicron, while it is dominating headlines and raising concerns about hospital capacity, may wind up not drastically reducing demand for fuel.

Oil prices also are being supported because some countries have not been able to keep up with their share of production, limiting supply.

OPEC's oil production increases are gradually restoring deep reductions made in 2020, when demand for motor and aviation fuel plummeted because of pandemic lockdowns and travel restrictions. At times, The Organization of Petroleum Exporting Countries and its partners hasn't moved fast enough in raising production for U.S. President Joe Biden, who has urged producing countries to open the taps wider to combat surging gas prices and aid the economic recovery.

The U.S. and other oil-consuming countries on Nov. 23 announced a coordinated release of oil from strategic reserves in an effort to contain rising energy prices that have helped fuel inflation and raised politically sensitive gasoline prices for U.S. drivers. Yet Biden's move is seen as having only a muted effect on prices.

Oil prices climbed more than 50% last year as many pandemic restrictions eased and as the world learned how to better cope with precautions against the virus. The omicron surge comes as the global economy is still in the process of healing.

A recent decline in U.S. gasoline prices -- which are significantly influenced by the price of crude -- has steadied at a national average of $3.28 per gallon, down from about $3.40 in mid-November.

In the spring of 2020, the early days of the pandemic, OPEC Plus sharply curbed production by almost 10 million barrels a day, or almost 10% of world supply at the time.

Building output back up again has not been easy for several countries, including Nigeria and Angola.

In its December Monthly Oil Report, the International Energy Agency estimated that OPEC Plus fell short of its November target by 650,000 barrels a day, substantially more than the 400,000 barrels a day the group had planned to increase each month.

Even Russia, the group's second-largest exporter after Saudi Arabia, appears to have hit a wall at 9.9 million barrels a day, about 600,000 less than it pumped in April 2020 before the big cuts and well short of Russia's 10.2 million barrel a day allocation for next month. Saudi Arabia has the same quota.

"Russia is temporarily near its limits," said Bhushan Bahree, an executive director at IHS Markit, a research firm.

Nigeria, Africa's largest producer, in November pumped 360,000 barrels a day below its quota -- almost enough on its own to wipe out the agreed 400,000-barrel-a-day monthly increase for the overall group. "A poor regulatory framework, sabotage and vandalization of oil facilities" are deterring needed spending in Nigeria, the International Energy Agency said in its report.

Angola, another African country, is also pumping well under its quota, while Libyan production has recently fallen off rapidly because of political turmoil.

Global production will exceed demand worldwide by 1.4 million barrels a day in the first three months of the year, the alliance's Joint Technical Committee concluded on Monday, compared with 1.9 million in its previous assessment.

The cartel isn't concerned about adding barrels at a time of surplus because fuel inventories are currently at low levels and typically replenish during the seasonal demand lull, according to a delegate. Stockpiles in developed nations were 85 million barrels below their average from 2015 to 2019 as of November, according to the committee.

Information for this article was contributed by David McHugh of The Associated Press, by Stanley Reed of The New York Times and by Grant Smith, Salma El Wardany, Ben Bartenstein, Dina Khrennikova Olga Tanas and Paul Wallace of Bloomberg News (WPNS).