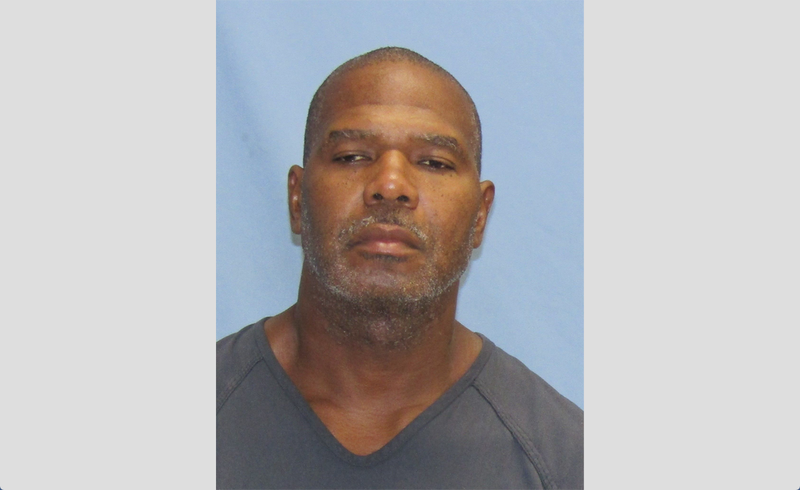 A habitual offender whose previous convictions include aggravated robbery and kidnapping, Vincent cannot qualify for early release. This is the sixth time Vincent has been sentenced to prison.

According to police reports, Vincent and a second suspect who remains at large -- Anthony Wilson, 35, of Pasadena, Calif. -- forced their way into the North Little Rock home of 54-year-old James Harold Griffin Jr. and his wife, Tammy Smith, 58, in the mobile-home park at 3507 E. Washington Ave. on June 15, 2019, a couple of hours before dark.

Smith told police the men had approached Griffin outside the home asking if he was interested in selling a white Ford Expedition parked in the driveway. Griffin told the pair the sport utility vehicle was not his and went into the house, with the men following.

One of the men had a gun and shot Griffin in the stomach when he confronted the intruders with a kitchen knife. Witness accounts differ, although the police investigation led detectives to believe Vincent was the gunman.

After Griffin was shot, Wilson grabbed Smith's daughter, 38-year-old Susan Lee Smith, by the hair and dragged her out of the home. Susan Smith was missing for about 12 hours until she was found on Welch Street in Little Rock.

Police reports show Smith told investigators her kidnappers took her to a white Ford F-150 pickup parked about two blocks away and forced her inside, saying she knew one of the men -- Wilson -- only as Rico.

Smith said she was abducted because about a week before she had set up a drug deal to sell $1,500 worth of "ice" methamphetamine belonging to Rico to a man named Rich.

Smith said Rich paid her with counterfeit money for the drugs and that she had gone into hiding because she was afraid of what Rico would do to her, according to the reports.

Smith said the men took her to some woods out by Sweet Home where Rico left her and Vincent, telling investigators convincing Vincent not to kill her took "several hours" but he eventually got them a ride to his home at 905 Welch St. in Little Rock.

The Ford pickup was parked behind the empty house next door at 907 Welch St., Smith said, describing how she and Vincent sat in the truck for several hours until Vincent learned through his cellphone that Griffin had died.

Vincent told her they were going to leave and he was going to find another vehicle to drive, then left the truck and never returned, Smith said. She said she went to a nearby hotel and called for help.

Vincent had told Smith the pair had been looking for her and had paid an acquaintance of the family $200 to find her. That woman had been at the Griffin home the day of the slaying but left shortly before the intruders arrived, Smith told police. The Ford Expedition parked at the Griffin house belonged to that woman, according to police reports.

North Little Rock police launched a manhunt for Vincent and Wilson after conclusively identifying them two days after Smith was found. Wilson remains a fugitive.

Vincent was arrested about 1½ weeks later after a police chase that began at the Flash Market at 2255 John Harden Drive in Jacksonville where U.S. marshals had tracked him. Driving a red Chevrolet pickup towing a trailer with a smoker on it, Vincent led police and state troopers on a 19-minute pursuit that crossed Interstates 440 and Interstate 30 and reached speeds of up to 100 mph, ending when Vincent wrecked.

Court records show Vincent had been released from federal prison in January 2016 for a federal firearm conviction after his original sentence had been reduced on appeal.

Vincent had been sentenced to 15½ years in February 2007 after he pleaded guilty to a charge of felon in possession of a firearm while classified as an armed career criminal. The charge stemmed from Vincent's July 2005 arrest following accusations that he had threatened to kill a Little Rock nightclub employee at gunpoint after Vincent and his son had been thrown out of the club. Investigating officers subsequently found a gun in Vincent's car.

Vincent appealed the armed-career-criminal designation, which is based on a defendant having three prior violent felonies. Vincent argued that a 1994 state conviction for possessing a sawed-off shotgun, which resulted in him receiving a six-year prison sentence, was wrongly counted as a violent felony.

The 8th Circuit Court of Appeals agreed, leading to Vincent's sentence being reduced to time served in January 2016.

Prison records show Vincent was sentenced to 12 years in state prison in Craighead County in December 2001, with his first prison stint being a 10-year term for participating in a series of home-invasion robberies in Little Rock between February 1992 and March 1992 as part of a group of five men.

Authorities said the robbers, sometimes acting in smaller groups, forced their way into the victims' homes pretending to be police. Victims would be bound with duct tape while their house was ransacked, with one woman raped.

Authorities attributed 10 such robberies to the group, with Vincent pleading guilty to theft and two counts of aggravated robbery in August 1993.