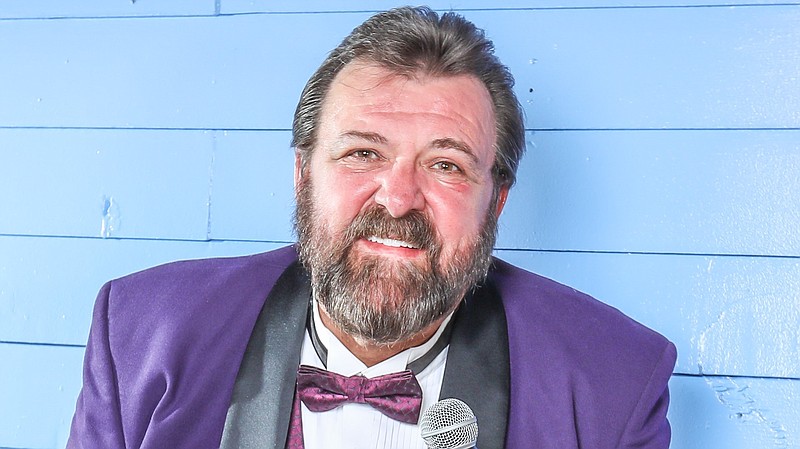 Mike Nichols is the owner, general manager, producer and a performer at the Ozark Mountain Hoe-Down Music Theater in Eureka Springs. On Jan. 15, he's also the host and a judge for Season 17 preliminary auditions for "America's Got Talent." (Courtesy Photo)

On any other Jan. 15, the Ozark Mountain Hoe-Down Music Theater in Eureka Springs would be dark.

The show, helmed by Mike Nichols, offers a full evening of music, comedy and more four nights a week from mid-April to mid-November, closing for the winter.

On this particular Jan. 15, however, a lineup of some 35 performers is ready to take the stage. Their goal is to catch the eye of "America's Got Talent," thanks to an email Nichols received from the NBC show's marketers asking about Northwest Arkansas talent.

"I think they would've been happy if I wanted to just send them a list of names," Nichols says. "But I decided since we probably don't have any idea how much untapped talent we have in our surrounding areas, and I do have a 650-seat theater, why not do a show?

"We will have a panel of three judges — myself included — and [although] of course we cannot guarantee them a spot on the TV show, we can guarantee they will get seen by 'AGT' producers.

"Also, we will be filming their performances, so they can submit a 'live on stage' presentation of themselves to 'AGT' as well.

"Why am I excited to be involved? One, because we can give our local and regional talented folks a leg up toward possible success, and two, we will be using this show to raise a little money for our local disabled veterans through the Ozark Mountain Veterans organization, which a portion of the proceeds will be going to."

Nichols has deep roots in the Eureka Springs community and ever deeper ones in entertainment, having been in the music business for more than 40 years. He co-owned and operated the Hoe-Down during the 1990s, before selling it in 2001 and heading to Branson, where he worked with Moe Bandy and where he had the "Mike Nichols and Friends" show. Nashville, Tenn., was next, where he hooked up to tour with country comic/singer Ray Stevens. 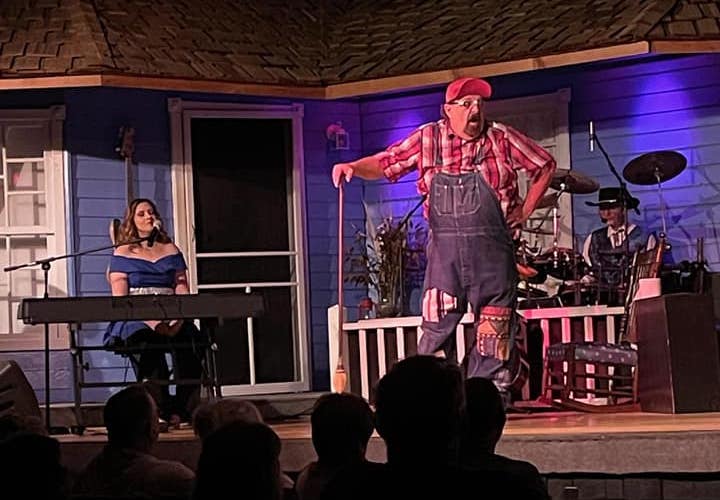 Nichols also plays the character of Tator "Chip" Patches during the Hoe-Down's regular season, mid-April through mid-November. (Courtesy Photo)  "I've worked with the Gatlin Brothers, Mel Tillis, Jim Stafford, Toby Keith and many other great country artists over the years," he says. "My career started in 1979 with a Las Vegas show group called 'The Funn Company' where I was lead singer, actor, impressionist, etc."

Since buying the Hoe-Down back in 2016, Nichols has continued to find new outlets for talent — including his own.

"Our comedian Tator 'Chip' Patches is an icon in the business, and even has a movie — 'The Adventures of Tator Chip Patches' — available worldwide on Amazon Prime," he says with a touch of pride. "It's doing pretty well all over the world. And FYI, I play the character 'Tator Chip Patches.' I created him in 1991 and have had huge success with the character. I'm mainly a singer/entertainer, but the character has certainly been a big thing in my life."

Nichols won't be on stage for this particular performance, but he has managed to put his personal touch on it by making it a fundraiser for veterans.

"Vince Eastwood, a retired veteran himself and a big supporter of our show, is a good friend of mine and the president of the Ozark Mountain Veterans," he explains. "He does functions pretty much year round to help our local veterans.

"I spoke with him when we decided to do this AGT preliminary show and got his blessings to make them a part of this venture. He was very happy that he was asked to be a part of it. Not to mention I know him well enough, that I trust that whatever we raise, 100% of it will go to help the veterans."

Print Headline: See and be seen