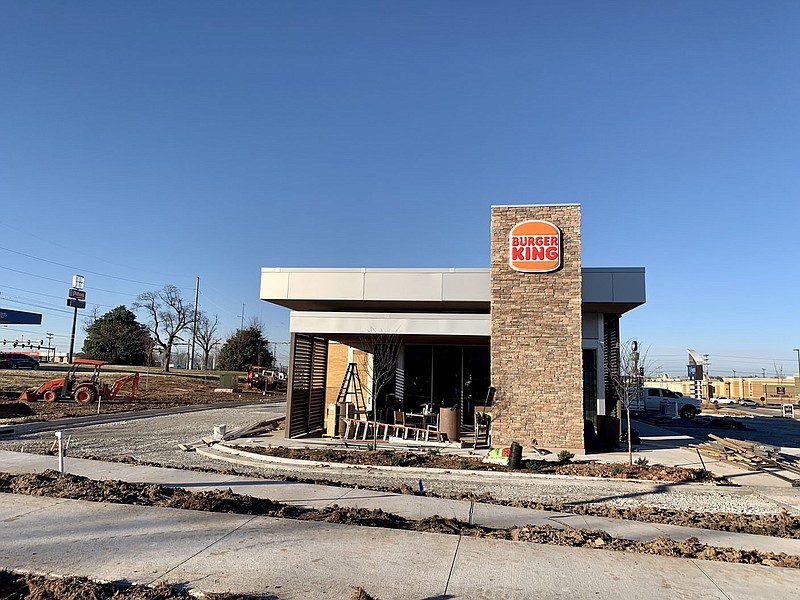 Springdale is poised to get another Burger King. A building is currently under construction at the corner of Sam’s Club Place and Mathias Drive. (NWA Democrat-Gazette/Garrett Moore)

This week, we have reports of several new local and chain restaurant openings as well as a special dinner event in Bentonville and an upcoming cocktail class in Fayetteville.

The Bentonville eatery had originally announced the move in May of last year.

It posted Tuesday on social media saying that it is now open to customers at 1334 Benton St.

The restaurant offers entrees like kung pao, sweet and sour and teriyaki chicken in addition to a variety of stir fry, curry and soup offerings.

Scout the latest menu on the business' Facebook page at facebook.com/streetninjallc/menu.

Springdale is poised to get another Burger King.

A building is currently under construction at the corner of Sam's Club Place and Mathias Drive.

Large-scale development plans by L.W. Clark Inc. were approved by planners back in May, Laurinda Joenks wrote at the time.

An opening date has not yet been announced. We'll keep you posted.

A group that operates multiple Central Arkansas restaurants is planning to expand a new concept into Rogers next year.

Eric E. Harrison of the Arkansas Democrat-Gazette in Little Rock reported last month that the Chi Restaurant Group is working on a fast-casual restaurant called Chi's Baohouse there.

According to managing member Jacob Chi, that location plans to open in February or March.

Another Taco Bell is in the early stages of development in Springdale.

The opening may be a long time from now, but stay tuned here for more information.

The dinner, accompanied by drink pairings by Scotch & Soda, is scheduled for 6 p.m. Jan. 19.

The Fayetteville winery is selling $35 tickets for the event, which will include a 90-minute lesson taught by local mixologist Mint 2 Mix and snacks from an appetizer bar.

The winery also offers winemaking sessions available to book on its website.

Gotahold Brewing in Eureka Springs donated more than $15,500 to local nonprofits in 2021 through its #tipsfortransformation Thursdays and its Black Is Beautiful beer collaboration.

Brewery owners Dave and Wendy Hartmann say they wanted a way to give back to the community that "Gotahold of them." In addition to donating their tips every Thursday, they feature art from local artists in the taproom and ask the artists to donate 10% of any art sold to the organization of the month.

Gotahold Brewing opened in July 2020 in a former Elks Lodge and shares the building with Nujava Coffee and Just Bee Coffee, who will also be participating in #tipsfortransformation Thursdays in 2022.

Has a restaurant recently opened or closed near you? Does your favorite spot have a new menu? Let us know. Email us at gmoore@nwaonline.com.