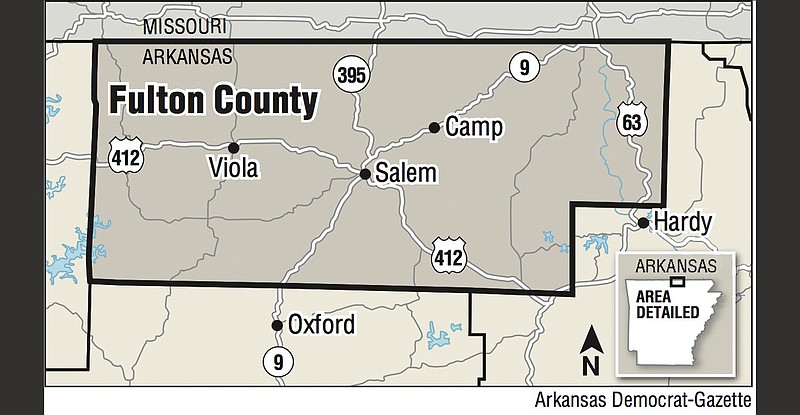 In the waning minutes of the flight of a doomed small plane over Fulton County last month, the pilot texted family members that he ran into weather and was unable to see and, finally before crashing, was "out of gas in air," according to a preliminary report from the National Transportation Safety Board.

Pilot Bradley Dunham of Bono and passenger Christine Price of Walnut Ridge, the only two occupants of the single-engine Cessna 172, died when the plane crashed Dec. 26 in a remote area of the county northwest of Hardy.

Dunham also was the owner of the aircraft, a Cessna 172E, manufactured in 1964, according to the Federal Aviation Administration online database of aircraft registrations.

The aircraft appeared to be trying to land at Sharp County Regional Airport in Cherokee Village, which straddles the border of Sharp and Fulton counties, but the weather wasn't cooperating, with a witness on the ground saying the area was covered in a heavy fog that limited visibility to an estimated 500 feet.

Dunham was only qualified, according to the FAA, to fly under visual flight rules in which the pilot can fly in good weather with good visibility, which appeared not to be the case on the afternoon of Dec. 26.

Additional training allows pilots to obtain an instrument rating, which allows them to fly using only their flight instruments and not rely on visual cues outside the cockpit.

The crash also occurred right after the "conclusion of civil twilight," or 30 minutes after sunset, which requires stricter limits under which pilots can fly under visual flight rules.

Preliminary review of radar tracking data found that the aircraft first showed up on radar shortly before 4:30 p.m. about 13 miles north of the Walnut Ridge Regional Airport at an altitude of 2,500 feet. The track showed that the aircraft generally flew south toward the airport but briefly disappeared from radar at 4:43 p.m. and 3.5 miles north of the Walnut Ridge airport.

Ten minutes later, the Cessna reappeared on the track data, which showed it climbing out of about 2,800 feet. "The airplane flew left and right several times in a back and forth 's-type' movement and then straightened out, flew west-north-west, and climbed to an altitude of about 4,500 ft, then descended lower in the latter part of the flight," according to the report.

At 5:22 p.m., the aircraft crossed over Sharp County Regional Airport, which is referred to by airport code as KCVK or CVK, from east to west at an altitude of 4,000 feet.

"When the airplane was almost 2.5 nm west-north-west of CVK, the airplane turned right, descended slowly, and flew a track consistent with an attempt to make an approach to CVK, then the airplane entered a tight left turn and traveled to the north," the report said. "The airplane executed at least one sharp counterclockwise loop and flew generally north-north-east bound until track data was lost about [5:28 p.m.]."

The Fulton County sheriff's office provided the National Transportation Safety Board with "copies of text messages the pilot sent to a family member while in flight," the report said. "One text message stated, "ran into weather can't see anything" and another text message later stated, "out of gas in air."

The crash site was 33 miles from the Sharp County airport, where a weather observation taken at shortly before 5 p.m. said the lowest ceiling was overcast and just 200 feet above ground, according to the report. Visibility was a half mile.

It will take up to a year before the NTSB releases a final report on the crash.