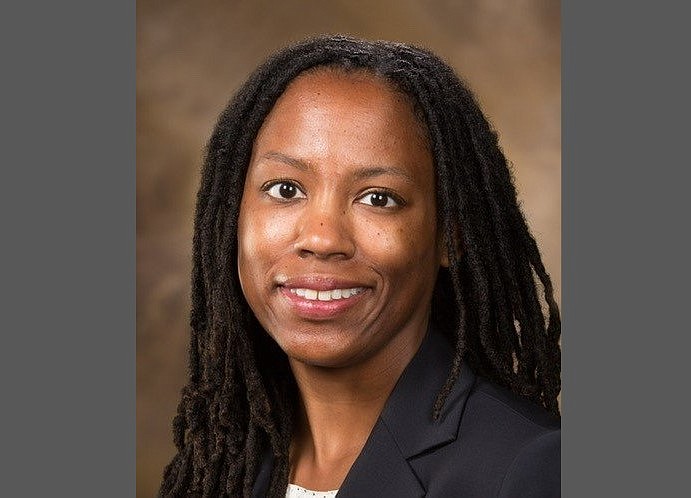 FAYETTEVILLE -- Alena Allen has been named interim dean for the University of Arkansas School of Law, replacing Margaret Sova McCabe, who, after stepping down last year, has become a senior adviser for strategic projects.

The university announced Thursday that a search for the next UA law school dean will begin later this year, with Allen's appointment effective starting last Saturday.

Allen, 43, joined UA in June after working as a faculty member at the University of Memphis Humphreys School of Law.

At the Memphis law school, honors for Allen included awards for service and scholarship. The law school's class of 2013 also named Allen as Professor of the Year.

She stated in a letter reported on by the Memphis Flyer and other news outlets that she was leaving because the university bypassed Black candidates for leadership roles despite faculty members favoring those candidates.

Allen's letter to the university stated that she had been promoted, but she cited her experiences as a Black faculty member in the resignation letter, as reported by the Memphis Flyer.

In explaining her choice to move to Fayetteville, Allen, in a phone interview Thursday, referred by name to the UA School of Law's previous deans, as well as her "fantastic experience" in 2016 working at UA as a visiting professor.

Recent UA law deans include Cynthia Nance, a Black woman, who served as dean from 2006-11, and Stacy Leeds, a citizen of the Cherokee Nation who in 2011 became the first Native American woman to serve as law dean.

"I have found this community and this law school to be very open and supportive of a wide variety of perspectives," Allen said.

She is married to an elected official, Lee Harris, who serves as mayor of Shelby County, Tenn., the state's most populous county. Harris, a Democrat, has announced plans to run for reelection this year.

Allen said she's living and working in Fayetteville with the couple's youngest child, who is 3 years old. She returns to Memphis for two weekends every month, she said. The couple's two other children are in junior high and high school, Allen said.

Asked if she has interest in pursuing a permanent role as UA's law school dean, Allen said in an email that she's "currently solely focused on getting up to speed and hitting the ground running as interim dean."

Allen's research includes the study of health policy and critical feminist theory. She earned a juris doctor degree from Yale Law School and a bachelor's degree in psychology from Loyola University.

In October, the university announced that Sova McCabe -- hired in 2018 -- was stepping down as dean at the end of June.

But last month, UA announced Sova McCabe's new senior adviser role, and that her first project will involve forming a committee to evaluate UA's policies regarding remote work and other "flexible" work arrangements.

Sova McCabe, 51, will continue on her 12-month faculty appointment until July 1, earning $138,212 over the next six months, Thomas said. Starting July 1, Sova McCabe will switch to a nine-month appointment with a salary of $221,140, Thomas said.