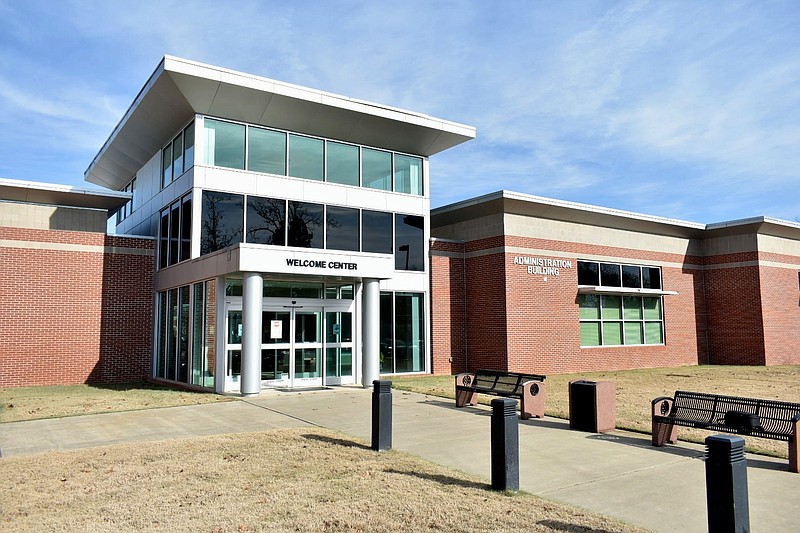 Southeast Arkansas College received a $200,000 donation from an anonymous benefactor toward scholarships to be awarded as soon as this semester. (Pine Bluff Commercial/I.C. Murrell)

The amount represents the largest scholarship donation in the history of the college, according to Bloomberg, and students can apply for up to $500 per semester, just in time for the start of the traditional spring schedule.

"When we were contacted by the consultant, they said they were looking at predominantly Black institutions, or PBIs," Bloomberg said. "The individual wanted this donation to go primarily toward African American or Black students."

Eighty percent, or $160,000, of the funds are set aside for Black students, with the other 20% going to anyone regardless of race.

The donation adds to the $125,000 the college is already awarding to enrollees for the traditional spring semester, which begins Monday. Students can also enroll for a 13-week program starting Jan. 31 and eight-week term beginning March 7.

Bloomberg said the donor contacted him just before the holiday break about submitting a proposal for the donation.

"We submitted it to the consultant, and we were notified right before the end of the year that SEARK was chosen to receive a $200,000 donation for calendar year 2022," Bloomberg said.

Bloomberg entitled the proposal "Rising Up: Empowering Student Success." Students can apply for a scholarship at seark.edu/rising-up.

The benefactor lives out-of-state, but no other geographical reference about the donor was given, Bloomberg said.

"The great thing for our institution is that somebody somewhere noticed what we were doing," Bloomberg said. "However that happened, the donor thought enough of us and said, 'You look like the kind of organization I'd like to help.' It speaks to what our faculty and staff do every day. It's a blessed feeling to know there are others who are seeing this from afar."

College officials are elated to have a donor give back to the campus, said Barbara Dunn, the college's executive director institional advancement and community relations.

Bloomberg said the college is working on final numbers and still accepting donations for the scholarship gala held Dec. 11. Those numbers will be presented in February to the SEARK Foundation Board.

Bloomberg also hopes to revive a discussion with board members about a potential design for the college's first-ever seal. The board had long discussed how the seal should look but put the matter on hold.

Bloomberg released Friday a proposed design with a computerized rendering of a soon-to-be-established student union and residential center along with a silhouetted pine tree inside a cog to honor SEARK's history as a vocational school.

"We wanted to pay homage to the history of the institution," Bloomberg said.

The proposed seal also includes the Latin words "Doctrina," "Communitas" and "Novus," translated into English as "Teaching," "Community" and "New," to reflect "innovation."