Sherwood man, 21, sentenced to 40 years for murder of mother 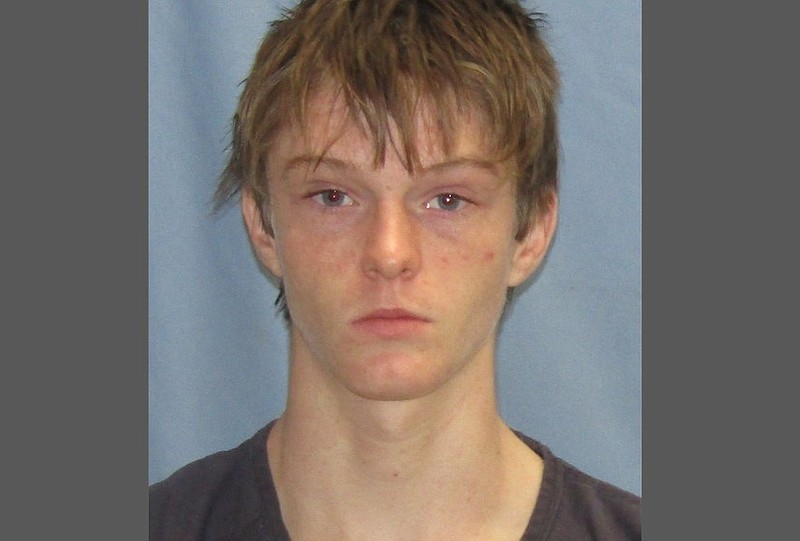 A Sherwood man has accepted a 40-year prison sentence for murdering his mother, telling investigators that Sonya Ruth "Missy" Glover had been in emotional distress for some time and had wanted him to kill her.

Carson Glover was 19 when he killed Missy Glover, 54, and he is the youngest of the four children she had with husband William Gregory "Greg" Glover, 58, of Sherwood.

The couple, married in February 1985, divorced in 2005 but remarried in December 2009. They had marked their second 10th anniversary three weeks before the December 2019 murder. Greg Glover was arrested on a hindering apprehension charge during the investigation, but the charge was dropped.

Carson Glover will have to serve at least 28 years in prison for the slaying, which occurred four days before Christmas. He was arrested on Christmas Eve 2019 and has been jailed ever since.

Court filings show Sherwood police were called to the Glover home at 221 W. Woodruff Ave., shortly before midnight Dec. 21, 2019, after Greg Glover reported finding his wife unconscious and bloody on the couch in the living room of the 1,511-square-foot residence. Police found blood pooled under the couch with more spattered on the ceiling and walls of the room.

Missy Glover was dead when police arrived, although investigators could not immediately tell that she had been shot five times in the right temple.

Greg Glover said he'd gotten home from rabbit hunting about four hours earlier and saw his wife on the couch in the living room in the dark with the TV on. Thinking she was asleep, Greg Glover told investigators he went outside and sat in his pickup listening to the Arkansas Razorbacks basketball game. He also went to get gas and cigarettes, then washed his truck, returning home near the end of the game.

Greg Glover said he got some hamburgers and brats from the house and cooked them outside before he went back into the house to eat, telling investigators he might have gone into the house a couple of times while the food was cooking but never noticed anything unusual.

Greg Glover said he sat down in the living room to watch TV but when he couldn't find the remote control, he turned on the light to look for it on the couch by his wife. Greg Glover said he could see dried blood on her face and bruising around her eyes when he approached her. He said he grabbed her to try to wake her up but could not.

Realizing he had blood on his hands from his wife, Greg Glover said he tried to call his oldest daughter but got her voicemail. He said he then ran across the street to a neighbor's house to get help. Greg Glover said he'd last spoken to his wife about 4 p.m. in a phone call.

Police described Carson Glover, the only other person in the house, as evasive during the course of the investigation, noting that at one point appearing more concerned about what police will do if they find marijuana in his bedroom than helping them find his mother's killer, court filings show. He also talked a lot about using drugs.

Carson Glover told officers he last saw his mother alive about 8 p.m. But police noted that, from the beginning, Carson Glover knew his mother had been shot, making him the only person to know that's how she had been killed before police learned the cause of death from an autopsy, investigators noted.

During initial questioning, Carson Glover denied knowing who killed his mother, saying he believed she was happier dead than he was at the moment.

Also compelling evidence for authorities was the voicemail provided by sister Amanda Marie Glover, 35, of Beebe of their father's phone call to her after finding the body. The recording is a confrontation between father and son, with Greg Glover accusing Carson Glover of the murder and asking him what he did with the weapon he used.

Police also learned Carson Glover and his mother had recently argued about him using her credit card, and that on the day of the murder Greg Glover had given his wife $40 to reimburse her out of money Carson Glover had earned helping him deliver firewood.

A search of Carson Glover's phone showed he had conducted internet searches beginning at 5:46 p.m. the night his mother was killed that police interpreted to be about noises people make after death as part of an effort for him to make sure his mother was not suffering after he shot her.

Investigators also found that Carson Glover had repeatedly called his mother's cellphone to get Greg Glover to discover the body, court filings show.

Arrested after a daylong search, Carson Glover told police Missy Glover "was ready to go" when he killed her, and that his mother had been brokenhearted over what she had been through with the family's issues over the past three months and that he had wanted to ease her pain.

"I knew it was time, a long time before that, but I didn't want her to leave me," Glover told investigators, saying he shot her more than once because he did not want her to suffer. "I knew she needed it."

He said he hadn't planned on killing her when he did, but that "I think she was giving me a sign." He said Missy Glover was asleep and that he told her "I'm sorry. I love you" after pulling the trigger.

"I could tell she was already gone," he told police. "When I said it, it didn't go to her and I felt it."

Carson Glover also said his father was not home when he killed her, and that his father had done nothing to hide him from police.

At the request of his lawyers, Carson Glover was given a mental evaluation by state doctors who found no evidence of mental disease or brain damage.

Carson Glover already faced vehicle-theft charges when he was arrested, and under the conditions of his plea agreement, negotiated by senior deputy prosecutor and public defenders Bret Qualls and Lott Rolfe, he was sentenced to a concurrent three-year prison term for theft.

In that case, Sherwood police report Glover stole Tina Allen's white Dodge Ram 1500 pickup from the parking lot of Sylvan Hills United Methodist Church on Arkansas 107 on Sept. 4, 2019, then returned the truck to the lot about three hours later.

Glover then stole the truck the next day and was arrested driving the pickup about 20 minutes later.