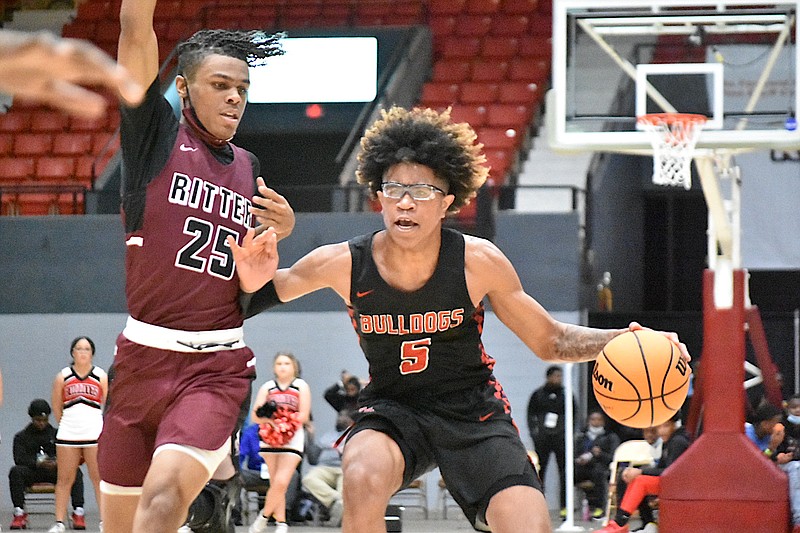 Jai'Chaunn Hayes and Kaleb Hargrove each scored 14 points, and the Bulldogs ended a four-game losing streak with a 61-48 win at Texarkana on Friday.

The young Bulldogs (6-6, 1-0 in 5A-South) went 0-3 over the Christmas break at the King Cotton Holiday Classic, although they remained competitive in each game. They also shook off a home loss to Maumelle to go on the long road and beat the Razorbacks (1-5, 0-1) at Arkansas High School.

In Camden, Khamani Cooper finished with his second straight game with more than 20 points, and the Wildcats (7-7, 1-1 in 4A-8) evened their conference record.

In Camden, the Lady Wildcats (0-13, 0-2 in 4A-8) outscored the Lady Cardinals 7-1 in the final quarter, but came up just short of their first win of the season.