Couple upheld jazz for all at Preservation Hall 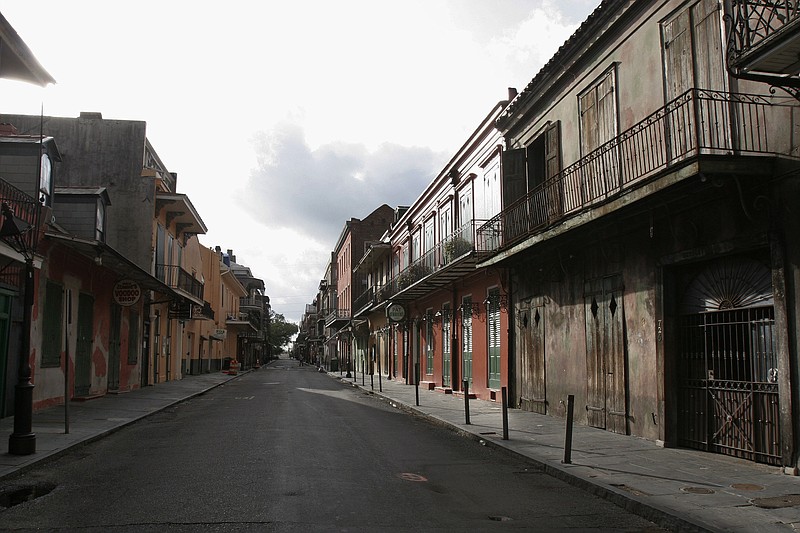 In 1961, Sandra and Allan Jaffe stopped in New Orleans on their way home to Philadelphia from an extended honeymoon in Mexico. They heard music playing all around them in the French Quarter and stepped into an art gallery on St. Peter Street where a combo was playing traditional jazz.

The Jaffes, then in their 20s, were transformed by what they heard. They came back a few days later to hear the combo again. The gallery's owner, Larry Borenstein, told them that he was moving his business next door and offered to rent the couple the modest space (31 feet by 20 feet) for $400 a month.

"We didn't even think twice about it," Sandra Jaffe told the alumni magazine of Harcum College, from which she graduated, in 2011. "'Of course,' we said, and that was the beginning of Preservation Hall. We never left New Orleans."

Preservation Hall — which serves no alcohol, has no air conditioning and seats 50 or so on six benches — has celebrated jazz for 60 years in a city widely regarded as its birthplace. It defied segregation laws in the early 1960s. It survived Allan Jaffe's death in 1987 and it survived Hurricane Katrina. The coronavirus pandemic shut it down, but it reopened triumphantly in June.

And it has nurtured musicians, some of whom played with Louis Armstrong (including guitarist Johnny St. Cyr) and even with cornetist Buddy Bolden (including bassist Papa John Joseph). Many jazz historians have said Bolden was the genre's first significant practitioner. Many of the musicians had been largely forgotten amid the growing dominance of rock 'n' roll and other more modern forms of music.

"There is no question that Preservation Hall saved New Orleans jazz," George Wein, an impresario who produced the Newport Jazz Festival and the New Orleans Jazz & Heritage Festival, told Vanity Fair in 2011. "When it became an institution in New Orleans, everybody who went down there went to the hall. They paid a dollar to go hear people like George Lewis or Sweet Emma Barrett and made them national figures."

The Jaffes played different roles at Preservation Hall. Allan Jaffe, who played the helicon, a brass instrument, was the link to the musicians and sent them out on the road as the Preservation Hall Jazz Band. Sandra Jaffe, who shared management duties with her husband, was usually stationed at the hall's front gate, basket on her lap, collecting money from the patrons.

"That's how she was remembered by many: as the first to interact with people," Ben Jaffe, her son and creative director of Preservation Hall, said. "She was also the de facto bouncer and security; she'd have to step in when people were being inappropriate or espousing racist language. My mother would bite first, then assess the situation."

Preservation Hall was integrated at a time when there were still Jim Crow laws that banned the mixing of races. Sandra Jaffe was once arrested there, along with Kid Thomas Valentine's band, for flouting the ban on integration.

"The judge banged his gavel and said, 'In New Orleans, we don't like to mix our coffee and cream,'" Ben Jaffe said, recalling what his parents had told him. "She burst out laughing and said, 'That's funny — the most popular thing in New Orleans is cafe au lait.'"

Sandra Smolen was born in Philadelphia on March 10, 1938. Her parents were Jewish immigrants from Ukraine. Her father, Jacob, held various jobs, including running a gas station and a taproom; her mother, Lena (Kaplan) Smolen, was a homemaker.

Sandra studied journalism and public relations at Harcum, in Bryn Mawr, Pa., and graduated with a bachelor's degree in 1958. She worked for an advertising agency for two years and married her husband on Christmas Day 1960. After honeymooning in Mexico, they headed to New Orleans, where one of his fraternity brothers lived; Allan Jaffe had gotten to know the city during his military service.

After their first musical encounter at the art gallery, the Jaffes decided they would stay three more days, until the combo that had entranced them was to appear again.

"Our parents were expecting us back in Philadelphia any day," she told the Harcum magazine, "but we had to stay a little longer."

After making the rental deal for the gallery, the Jaffes joined with other fans of its jam sessions to form the New Orleans Society for the Preservation of Traditional Jazz to book musicians; several months later, the couple opened the hall. For the first year or so, they kept the jobs they had found in New Orleans — she at a typesetting business and he at a department store.

They did not charge admission at first. Instead, patrons dropped money in a basket that Sandra Jaffe passed around; she would shake it if someone appeared unwilling to contribute. Eventually, they began charging $1 (today, tickets cost $25 to $50).

Business was propelled early on by a laudatory 2 ½-minute piece about Preservation Hall — which featured Allan Jaffe but not his wife — on NBC's "Huntley-Brinkley Report."

Allan Jaffe started sending musicians on tour in 1963, and various versions of the Preservation Hall Jazz Band have been playing around the world and recording ever since. The band members have included pianist Sweet Emma Barrett, brothers Willie and Percy Humphrey (who played clarinet and trumpet), and the wife-and-husband team of Billie and De De Pierce (she played piano and sang, he played trumpet and cornet). Ben Jaffe currently plays sousaphone in the band.

"I took the band on tour for many years," said Resa Lambert, one of Sandra Jaffe's sisters, who worked at the hall for many years. "I was a roadie. For seven men. It was great."

In addition to her son Ben and her sister, Jaffe is survived by another son, Russell; four grandchildren; and another sister, Brenda Epstein. 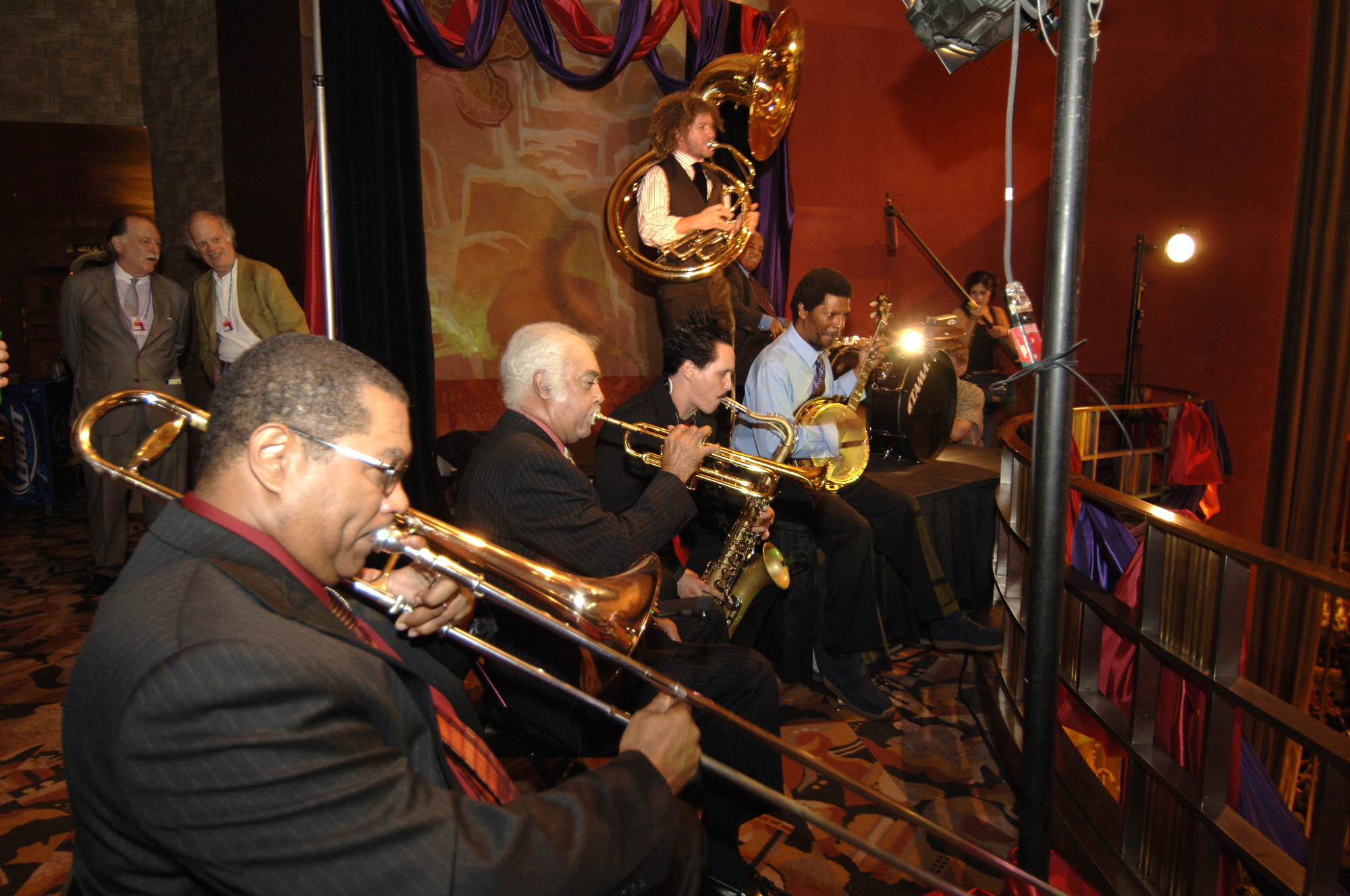 The Preservation Hall Jazz Band received the National Medal of Arts from President George W. Bush in 2006. The ensemble was cited for "displaying the unbreakable spirit of New Orleans and sharing the joy of New Orleans jazz with us all."

Sandra Jaffe, who accepted the award with her son Ben, remained involved in the hall until recently, although she no longer had a hands-on role.

"She would call every day asking questions about ticket sales and touring," Ben Jaffe said. "She always felt engaged and always was engaged, even when she wasn't physically there." Until recently, he said, she would grab a broom and sweep the sidewalk in front.