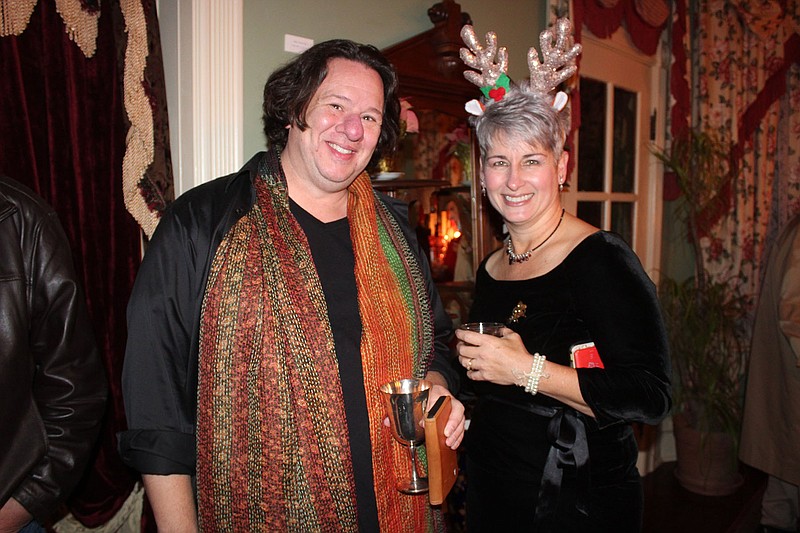 The Samuel B. Kirby House, built in 1886-'87, was fully decorated for the holidays including a 12-foot Christmas tree in the foyer that greeted guests as they arrived. While the invitation indicated the drop-in event would be from 5-8:30 p.m., many guests stayed until past 10 p.m. and Curtis said later he was delighted so many people wanted the night to go on. About 300 partygoers dropped by, he says.