They found love, company despite their grief 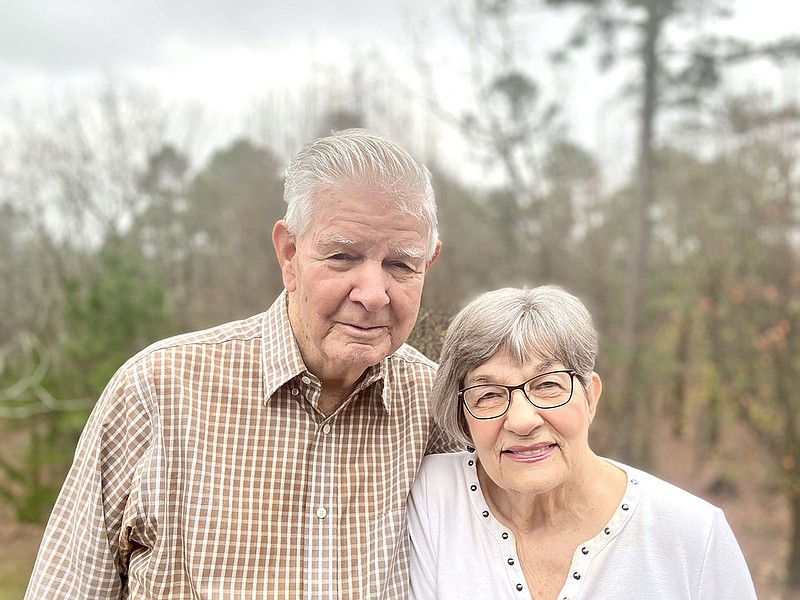 Donna Williams and Joe Teague had both loved and lost, and they were not looking for love again when they found each other.

Donna had been married for 50 years when her husband died in 2010, and she found comfort through a monthly grief support group at the funeral home that did his service.

"I had been going to that support group for two years and three months," she says. "I had told the facilitator that I wanted to continue to go because I thought I could be an asset to the group because I could say, 'I know you won't believe this, but it will get easier.'"

Few men attended those group meetings, says Donna, and the ones who did only attended once or twice before drifting away.

Joe had been married for 65 years when his wife died in 2012. He joined the group which was seated around a big table.

Joe, she discovered through a brief conversation, was the nephew of the choral director from her high school in Tulsa.

"I thought, 'Now, what are the chances of that?'" Donna says. "It was just a shock to me that here was someone that I had a connection with through my high school choral teacher."

Joe was back at the support group a month or so later -- again the only man in attendance -- and he asked the women for advice.

"He said, 'Ladies, I would really like to have someone to talk to, but I don't know how to go about it,'" Donna says.

Donna carried business cards with her to hand out to people interested in private music lessons, and she gave one to Joe that day. She told him he could call her anytime he needed to talk.

"He didn't call me, and I just let it go," she says. "Three months later, out of the clear blue, he called."

He asked if she remembered him, and she answered that of course she did.

They met for breakfast, and they talked for an hour.

"We had so much in common," she says.

Both are Baptist, though active in different churches. Joe was a member of Geyer Springs Baptist Church, and Donna's church was Calvary Baptist. Both love music; Donna has been the organist at Calvary for 45 years and directs the handbell choir there.

When they were done with breakfast that first time, he asked if they could have breakfast again the next week.

"We kept meeting, and we just really enjoyed each other, and so we kept meeting and then we started dating," she says.

A few months later, they tentatively broached the topic of marriage.

"I had said I would probably never marry again. I was fine. I had a lovely home. My eldest son lives not far away. I was very happy, I was working at Children's Hospital when my first husband passed away and I was very happy there," she says. "I was busy on the weekends."

She recognized, though, that there was a void.

"I had a full-time job but at 5 o'clock when I got home from work people were rolling up their sidewalks and rolling up their driveways and closing their doors and I was totally alone, and that's the part that got to me," she says. "I would watch TV for four hours every night and then go to bed. That was it."

She didn't really want to go out, but she missed having a companion.

"It's just lonely," she says, "especially when you've been married as long as I had to someone who shared my passion for music and so forth."

The same went for Joe, who found himself wishing not to be alone.

They weren't sure about the logistics of marriage -- he had three children and she had two, and merging their households and their grown families seemed daunting.

"He said, 'I think we should live in your house because it's newer than mine, and I think we should go to your church because you're so active with your music program,'" she says. "So that's what we did."

They were married on April 22, 2013, in the backyard of Joe's home, surrounded by his blooming azaleas. A common friend who was a minister officiated.

"The birds were singing and the flowers were beautiful," she says.

Donna and Joe have traveled some since they married, and they grocery-shop together regularly. They enjoy dining out; they exercise five days a week at a local church; and they go to Bryant Senior Center for dancing to live country music one morning every week.

"He's 95 years old and I'm 81. We have an unspoken agreement that the car must leave the driveway at least once a day," she says. "We love to go."

Mostly, they enjoy each other's company.

"I wasn't looking for a partner at all. It just happened," she says. "I really believe that God in heaven had something to do with bringing us together."

She says: “I thought he was tall and handsome.”

She says: “We packed our bags and went to Hot Springs. We kind of lazily walked through Garvan Gardens before checking into our hotel.”

He says: “I was really nervous.”

My advice for a long, happy marriage:

She says: “Put the other person first — their desires, their needs, their health. I type up a whole list for the week and put it on the refrigerator so we can both look at it and know what’s going on. Then I say, ‘Joe, what shall we do today?’”

He says: “Love your wife forever and ever. That’s about it.”

Print Headline: They found love, company despite their grief