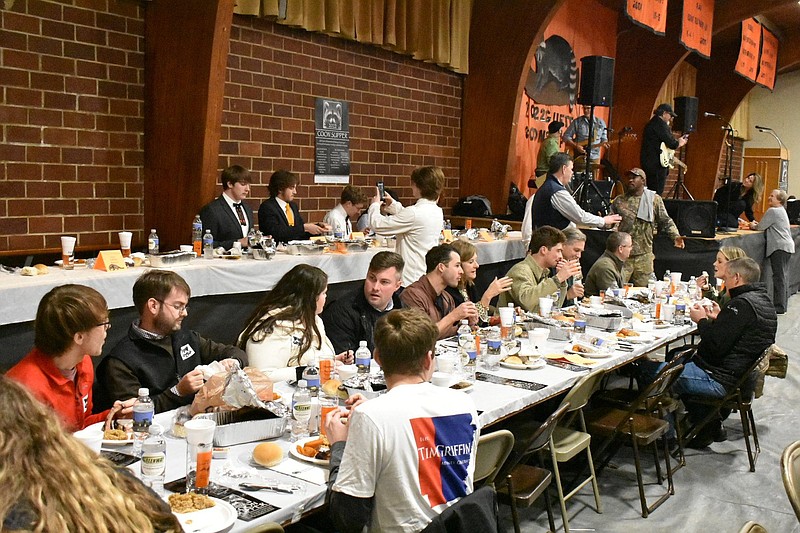 About 400 persons tried smoked raccoon and trimmings and took in live music at the Gillett School gymnasium for the annual Gillett Coon Supper on Saturday, Jan. 9, 2022. (Pine Bluff Commercial/I.C. Murrell)

GILLETT -- The local delicacy of smoked raccoon is enough for some Arkansas politicians to make a stop on their campaign trail to a school gymnasium in this Arkansas County town.

"The Coon Supper is probably one of the first events of the year" for someone seeking office, according to Arkansas County Judge Thomas Best, who is running for his fourth term -- he served two two-year stints and is finishing a four-year term. "It has some recognition. You come here and you meet some people. It's no way to meet everybody face-to-face, but people get to see who you are and know who you are."

Best, a Republican, makes it back to his old school every January for the Gillett Coon Supper, which raises money for the Marion and Carolyn Berry Scholarship at Arkansas State University, awarded to a student who shows interest in public policy and public service. Marion Berry is a former congressman who was born in Stuttgart and was once a city alderman in Gillett.

Best said he attends the Coon Supper as a member of the Gillett Farmers and Businessmen's Club, which hosted the 78th annual event Saturday. (The 2021 supper was canceled due to the pandemic.)

"It's a great tradition they've got going on down here," the fourth-term Congressman said as he awaits an opponent for the 2022 election. "You've always got to come down and try a little of the barbecue coon and the good food and fellowship, and obviously it's for a good cause. I always enjoy it when I get to come down."

Other candidates, including Arkansas 2nd District Rep. French Hill, a Republican, and 1st District challenger Monte Hodges, a Democrat, attended the supper, according to one of the supper's organizers. The 1st District, currently represented by Rick Crawford, also a Republican, covers Gillett.

Patrons could be seen wearing campaign T-shirts and buttons for their favorite candidates. Politics aside, while not as common as chicken or turkey, one couldn't notice anything gamey or distasteful with the entree.

In fact, hardly any of the estimated 400 who bought a $40 plate visibly disliked it.

Westerman said he ate coon as a kid in Hot Springs, but added it wasn't his favorite. "It just makes do, sometimes," he said.

Becky Barnes Campbell, a supper co-organizer, said about 200 more attended the pre-supper party at the Berry farm shop. That gave Westerman and others another audience for the new year to air their platforms.

"Same thing I've been running on ... less government over regulation, trying to allow people and business to operate without too much of a heavy hand from the federal government," he said. "I call it more freedom, less hassle. I've been here since 2013, back in there. This is not in my district, but I get people from my district who come in here." 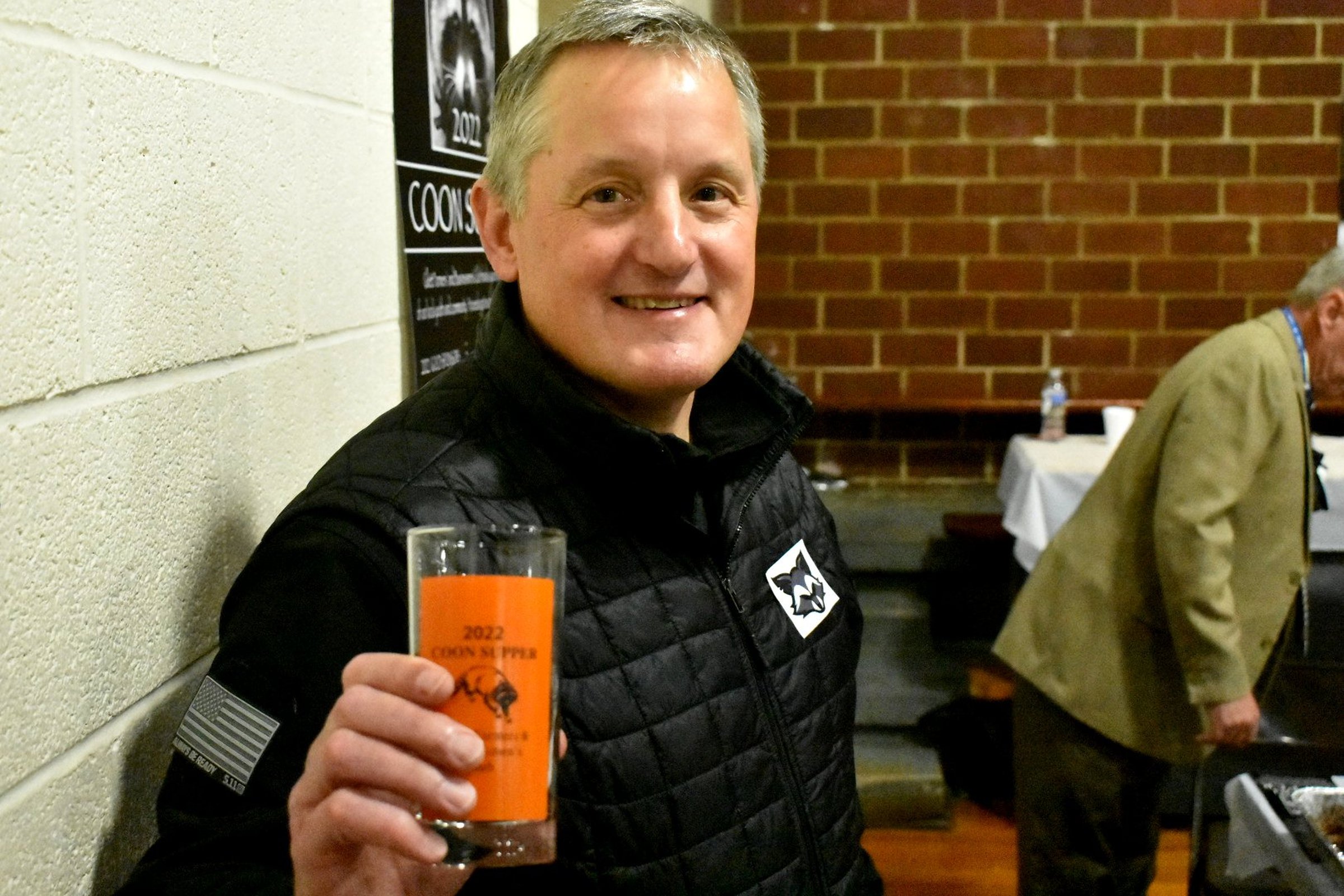 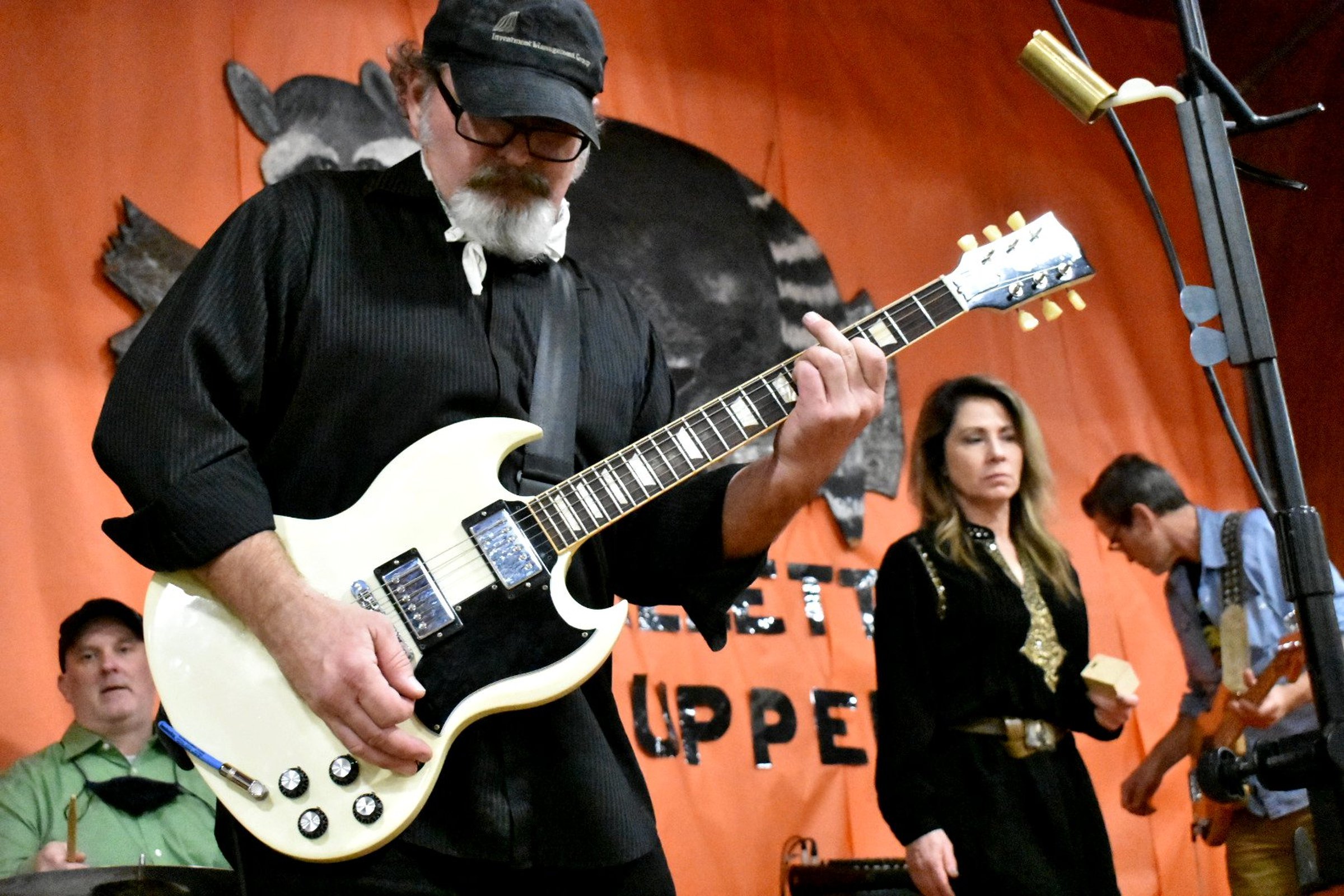