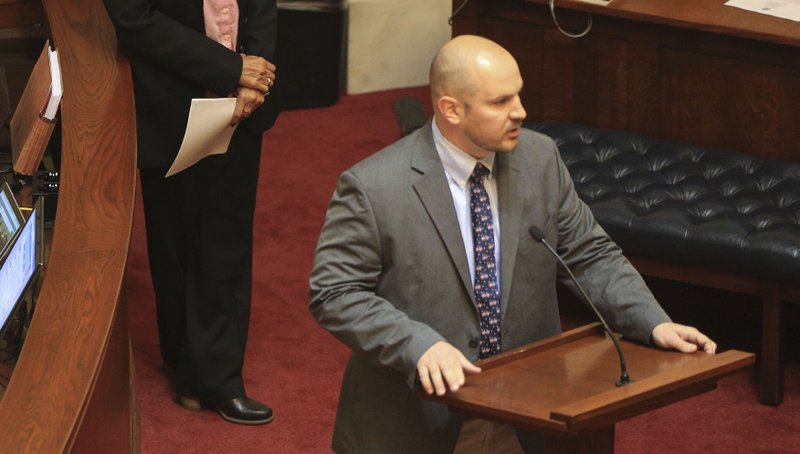 State Sen. Trent Garner, R-El Dorado, announced Monday that he is not seeking reelection to the state Senate this year, saying it's time for him to serve the people of south Arkansas in a different role.

He said he is going to build his law practice and help reform the judiciary in southern Arkansas.

Garner, a critic of Gov. Asa Hutchinson, said Hutchinson "has sold out the people of our state while failing to lead on important issues.

"We need leaders like President Trump who lead with courage and boldness for the people of our state," he said in a news release.

Huchinson's office didn't immediately reply to a request for a response to Garner's criticism.

Garner has served in the state Senate since 2017, when he ousted Democratic Sen. Bobby Pierce, D-Sheridan.

He is the sponsor of the state's 2021 law that barred most state and local governments, including school districts, from requiring people to wear masks. A Pulaski County circuit judge has struck the law down, ruling it is unconstitutional.