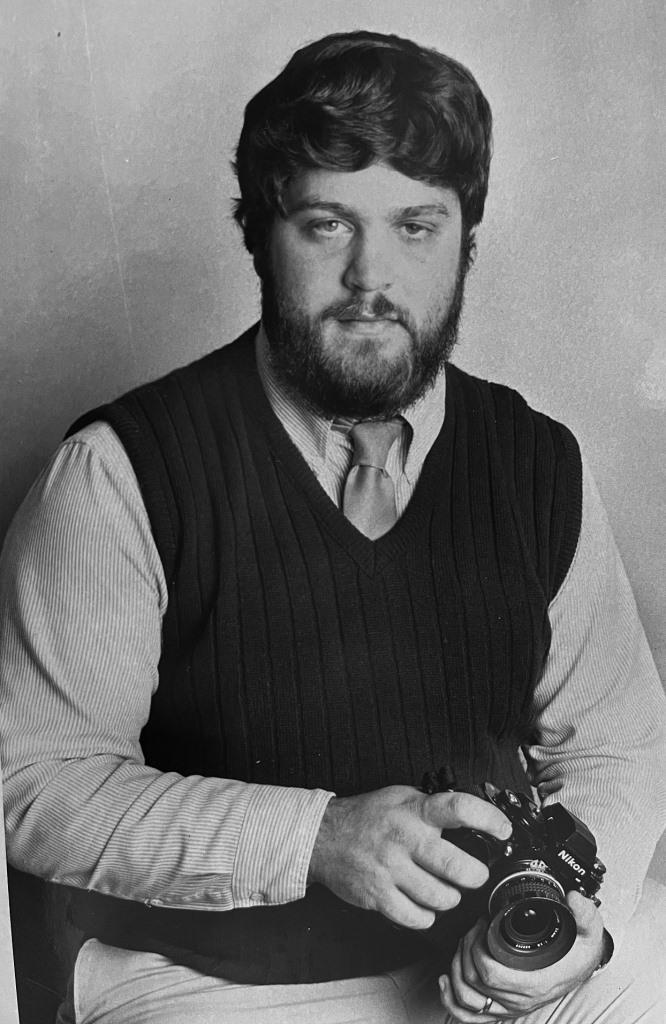 Clay’s last day of work is today, Monday, January 10, 2022. After over 42 years of dedicated service to the Arkansas Democrat-Gazette, he will walk out for the last time as an employee.  What a ride it has been!

Clay and I had very different backgrounds. I grew up like ‘Leave it to Beaver’, and Clay was a bit like ‘Oliver Twist’.  He had a hardship driver’s license at 14 to help care for sick parents, who both died when he was in 8th and 10th grade respectively.  With a few family members on the periphery, Clay pretty much was on his own.  He had some dedicated friends, and a small inheritance.  After he got kicked out of an apartment for being underage, he decided to buy a house in Hillcrest.  That, along with a few beater cars and some top-notch stereo equipment, had him off and running.  In high school he discovered cameras and photography, and started buying camera equipment.  He found a home in the journalism department, and between picture taking and Ms. Christie, (his journalism teacher) he made it through high school.

After high school, he did a little stringing for the Arkansas Gazette shooting football games, and a few months later, walked into the Arkansas Democrat and applied for a job.  Self-taught and eager to learn, he got the job only because they needed someone, and he had a camera.  He was told he had the job until they found somebody better.  Thankfully, they had found the best, and he stayed for 42 years.

In many respects, the Arkansas Democrat saved him and became his family.  He threw himself into work. While he did a wide range of assignments, sports photography was his passion.  He soon traveled the country covering the Razorbacks, often with Wally Hall, and he loved it. Wally recently shared a story.  When he first met Clay, he thought “Where did they get this kid? This isn’t going to work out.” 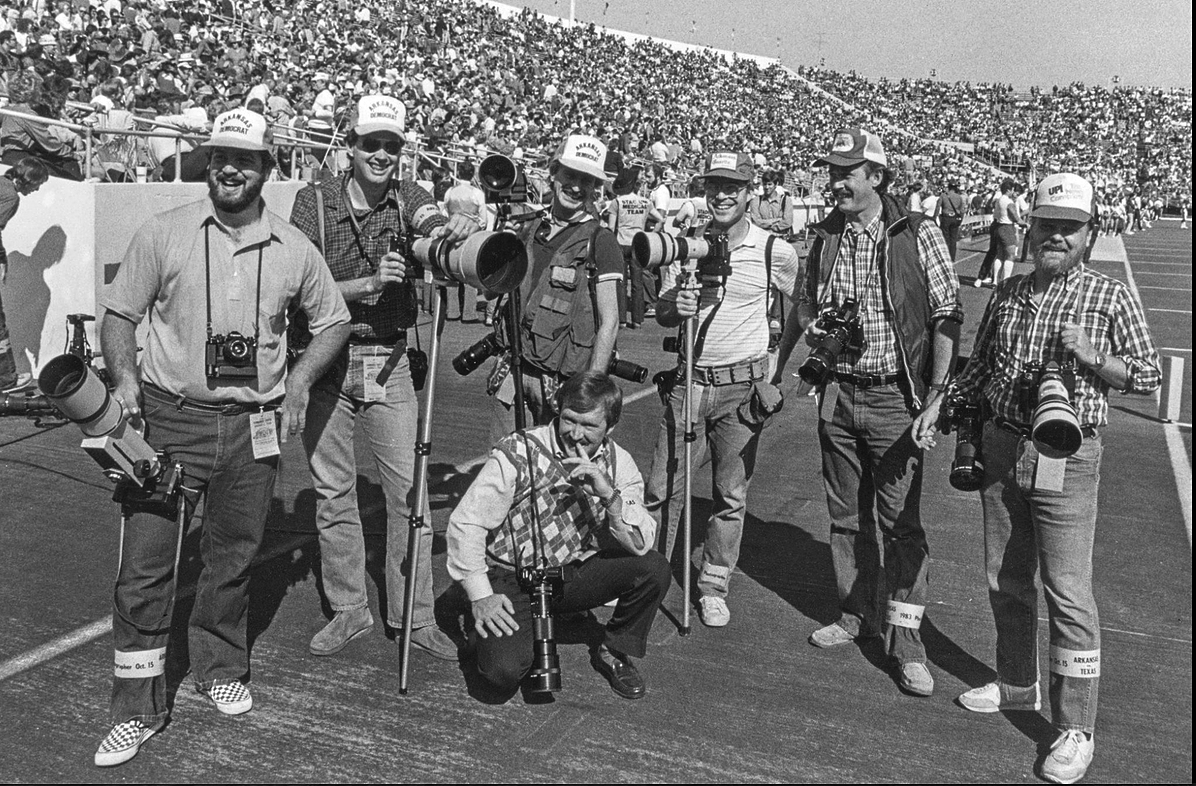 Then, the first football game he covered, there were 8 photos in the paper, and 7 were Clay’s.  He had found a calling and he was devoted to the Arkansas Democrat.   He excelled in photography and soon worked his way up the ladder, first as Chief Photographer, 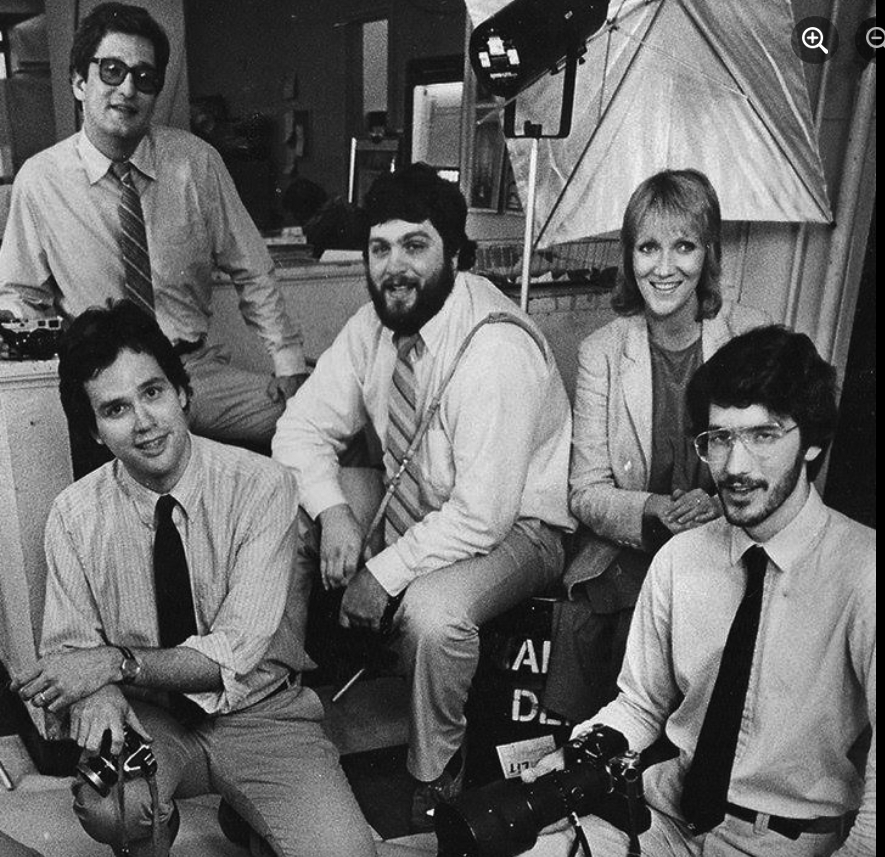 and then Photo Editor.

Walter Hussman became the publisher of the Arkansas Democrat in 1974, and Clay started as a photographer in 1979—the same year John Robert Starr became managing editor.   Hussman wanted the Arkansas Democrat to be the best paper it could be.  They hired a lot of young reporters and photographers, and there was intense rivalry between both papers on stories and photos.  It was competitive, but invigorating for the staff members. 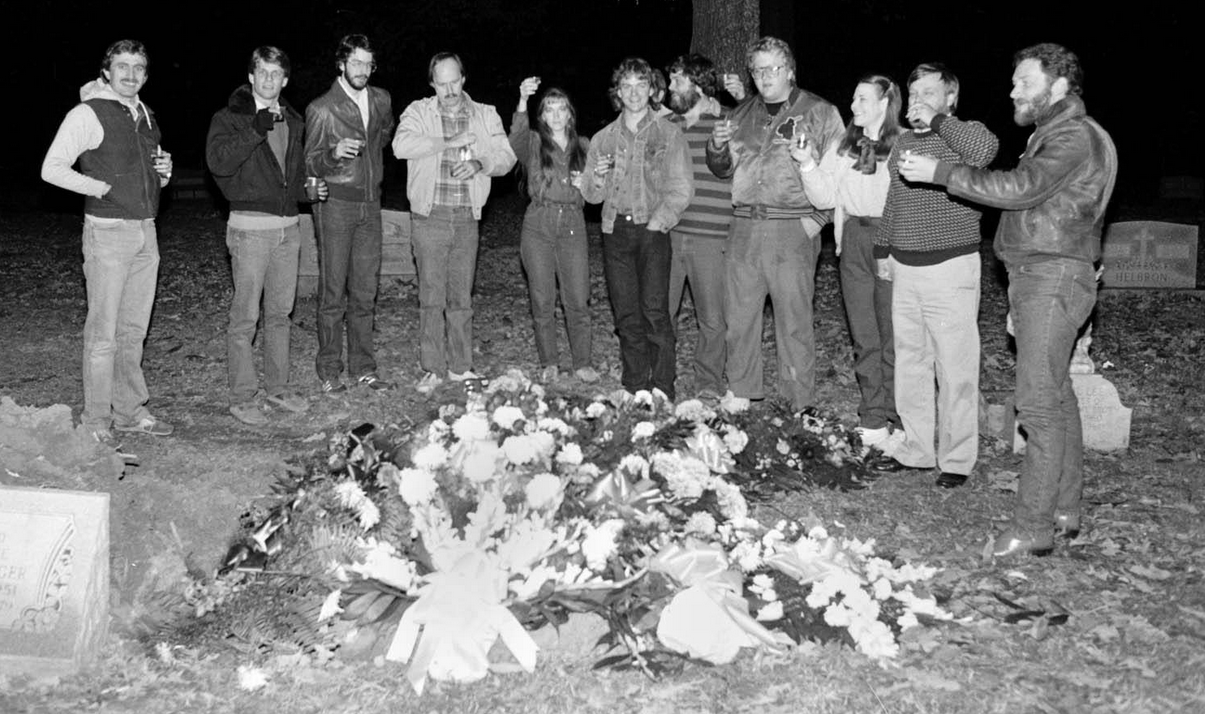 While there was rivalry during work hours, they were good friends after hours and almost every weekend there was a party of some kind with the young staff from both papers, and occasionally tv media as well.

Upon college graduation in 1980, I started working for the county extension office, and my best friend Cindy Howell started working as a reporter for the Arkansas Democrat.  She was not exactly a party girl, but I was, so she took me to the parties.  Barry Arthur, another young photographer, and Clay’s best friend, was sweet on Cindy, and the four of us started hanging out at parties, and then we seemed to be together all the time.  Eventually, Cindy and Barry went their separate ways, but both were in our wedding party—Cindy a bridesmaid 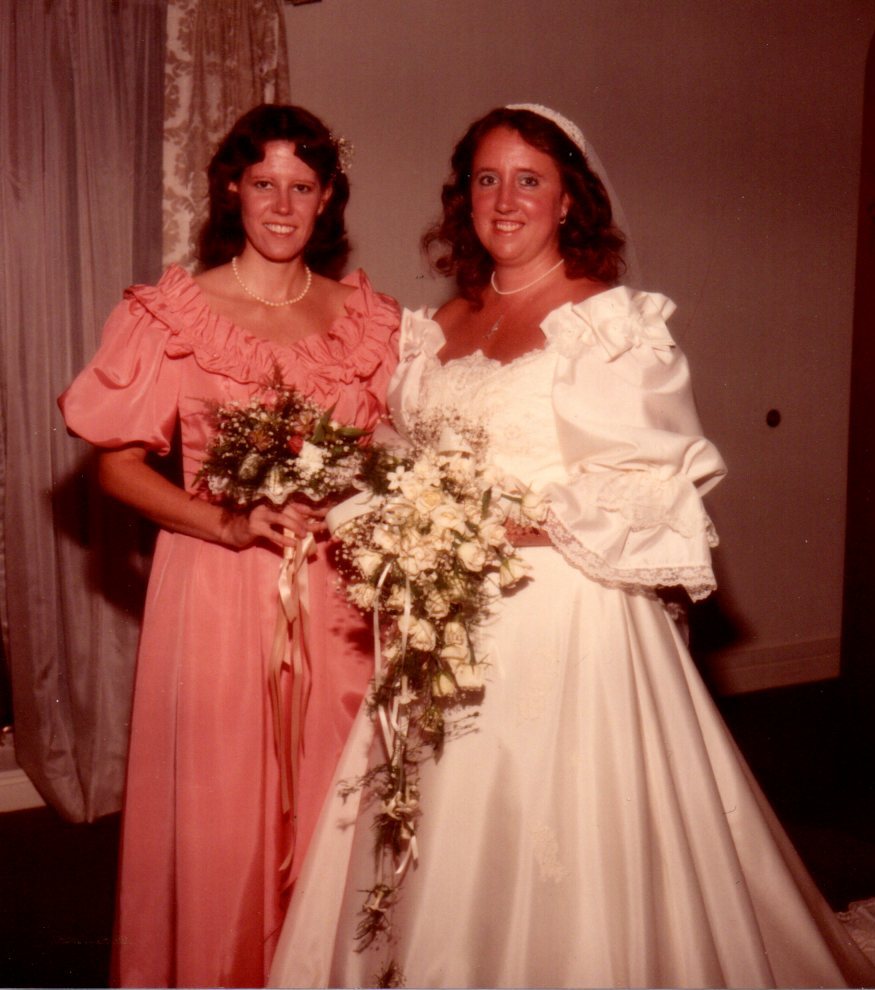 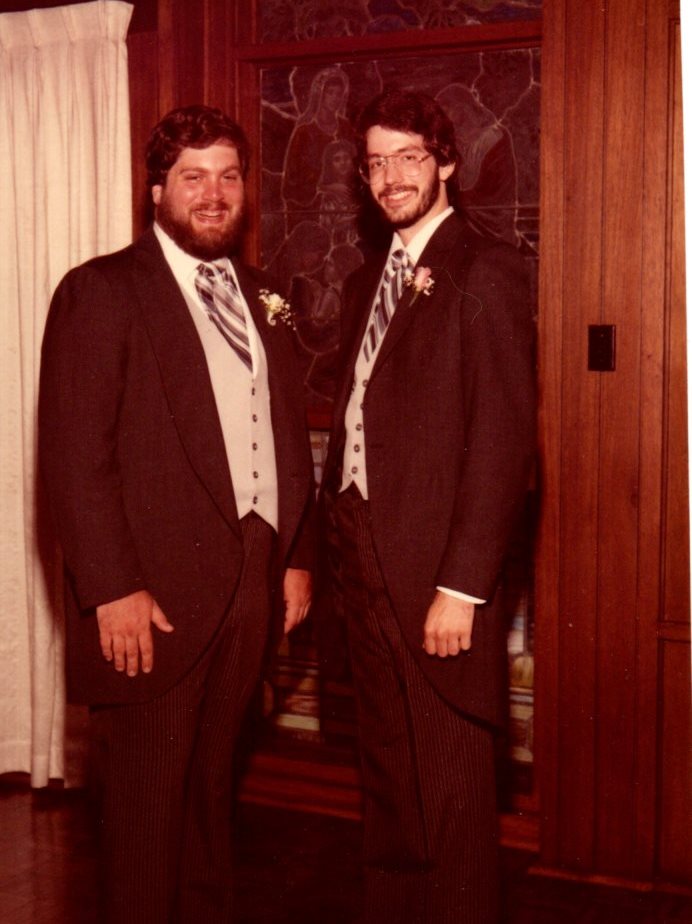 Life was good.  We were one of the few of our friends who were married at the time, and Clay’s photographers started coming over after work. It was not uncommon to have a table full at dinner several nights a week.  Our house became the hangout house.  We started a family and have two wonderful kids, a great son-in-law, a great home, and we have had a slew of dogs along the way. 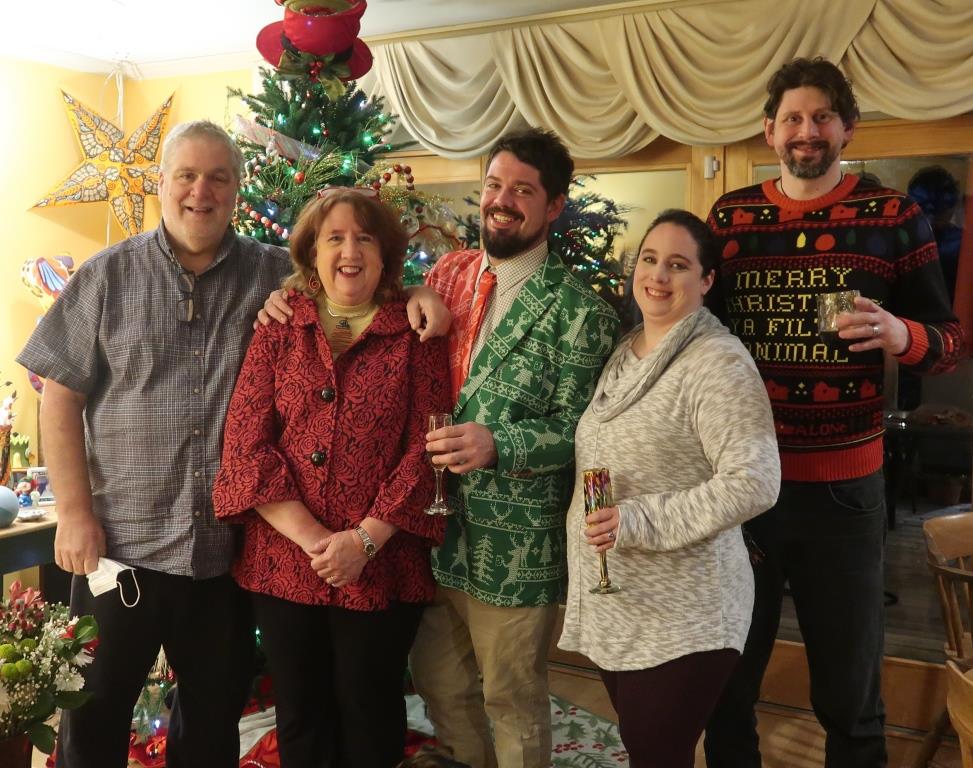 Clay and I were both fortunate that we had jobs that were way more than work to us.  I spent 38 years with the extension service, and Clay made it 42 years.  Our jobs were a big part of who we were as people. 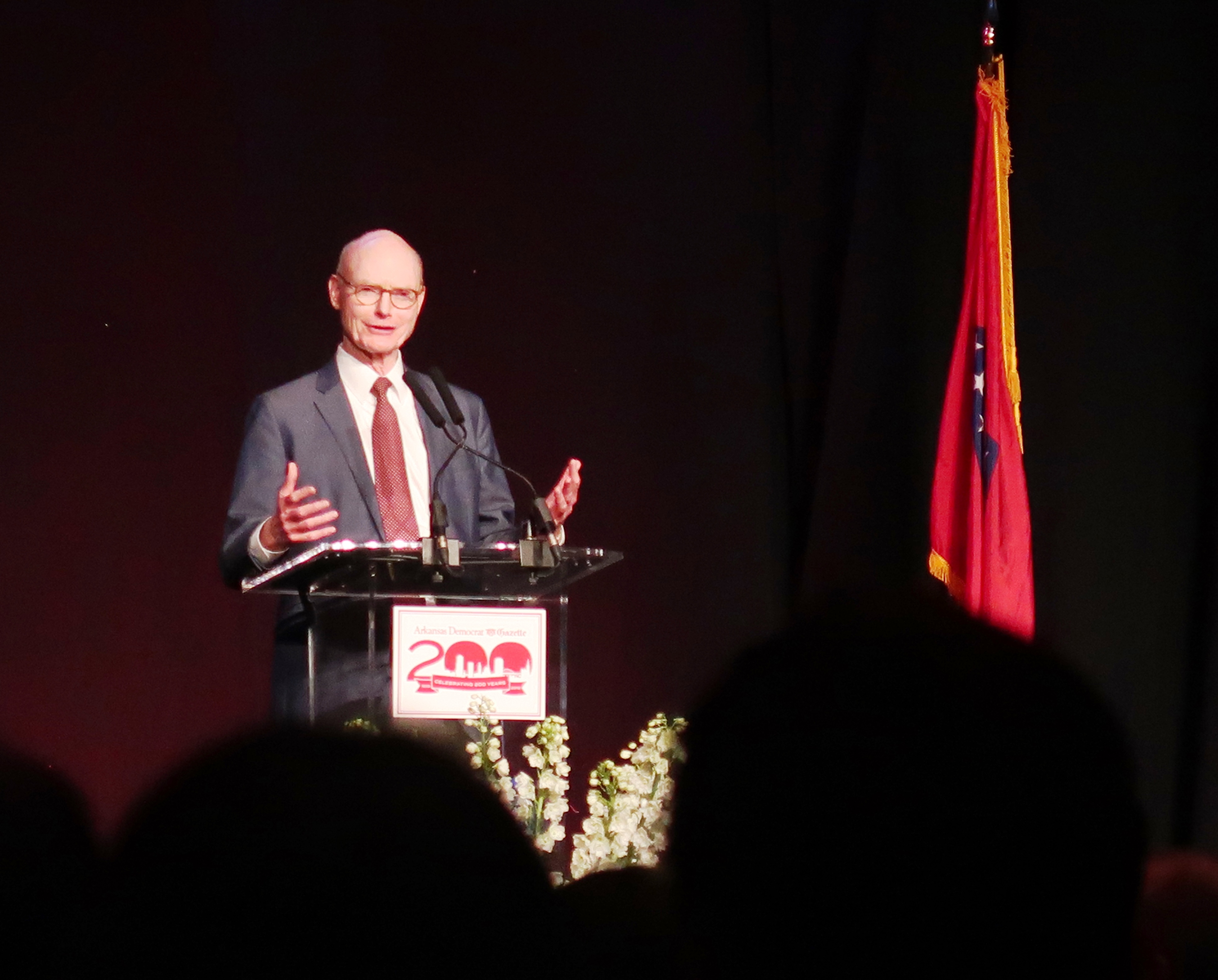 Walter embodied and modeled a strong work ethic, but also a dedication to journalism and a sense of community.  He truly believed in newspapers and wanted the paper to be the best it could be for the people of Arkansas, and his staff.   He was a visionary and Clay was there to support him in any way he could.

Newspapers started changing.  They decided to digitalize the newspaper and wanted to start with the photo department. They sent Clay to California to a training class for 6 weeks.  Clay has a passion for new things, especially technology.  The first major purchase Clay and I made as newlyweds in 1984 was a home computer—of course, it was a Mac.  I wrote my columns from home since I did not yet have a computer of my own at work. Prior to our home computer, I had a secretary who had to hand type my columns, and we faxed them in.

Clay loved the course and absorbed the information like a sponge.  He came back and implemented the technology.  Soon he was being asked to move to IT.  He kept putting it off, but he finally accepted, and IT became his passion for the final 30 years of his career. 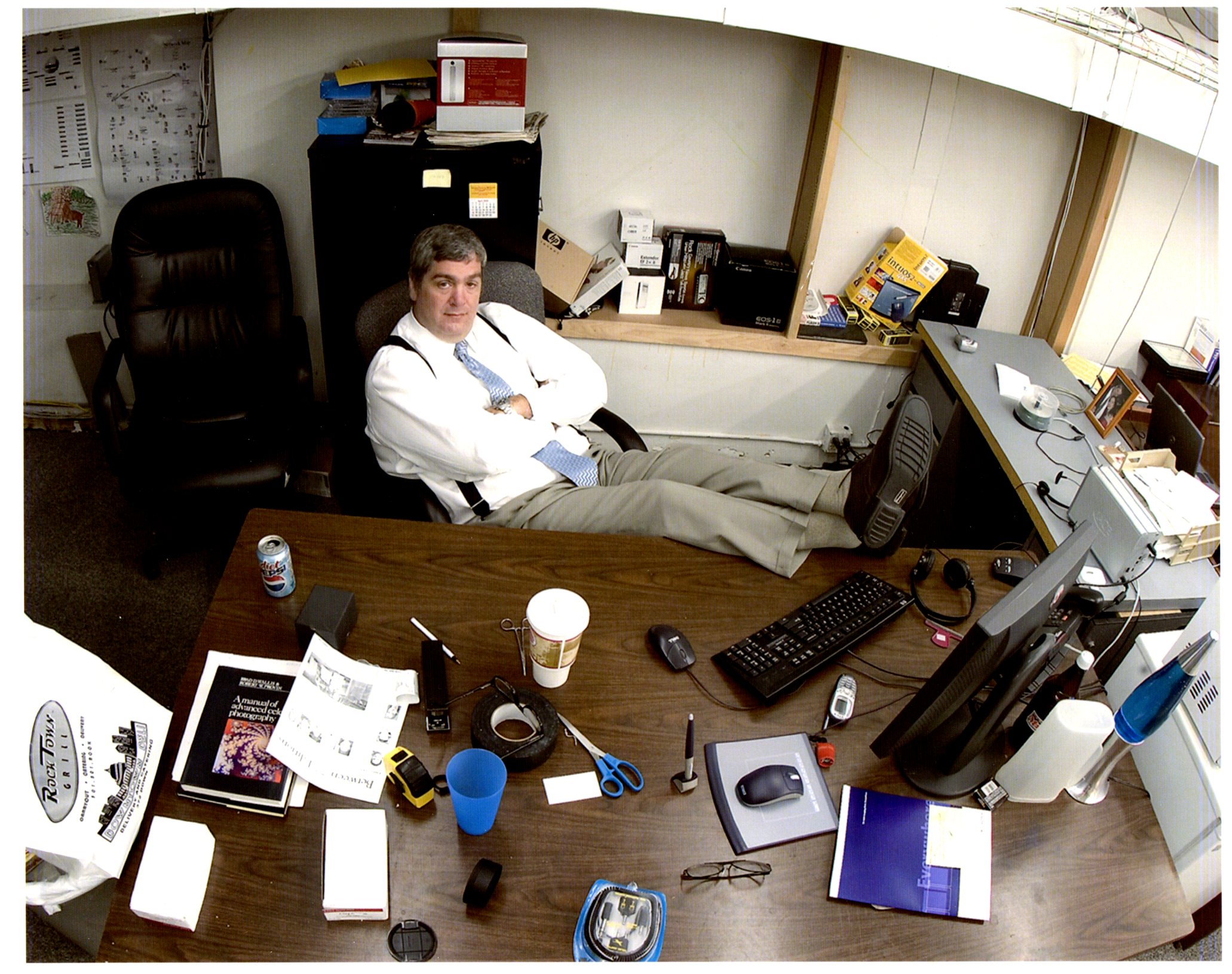 He created a “dream team” to lead, and they lived in a dungeon in the bottom of the building surrounded by equipment where they worked their magic. 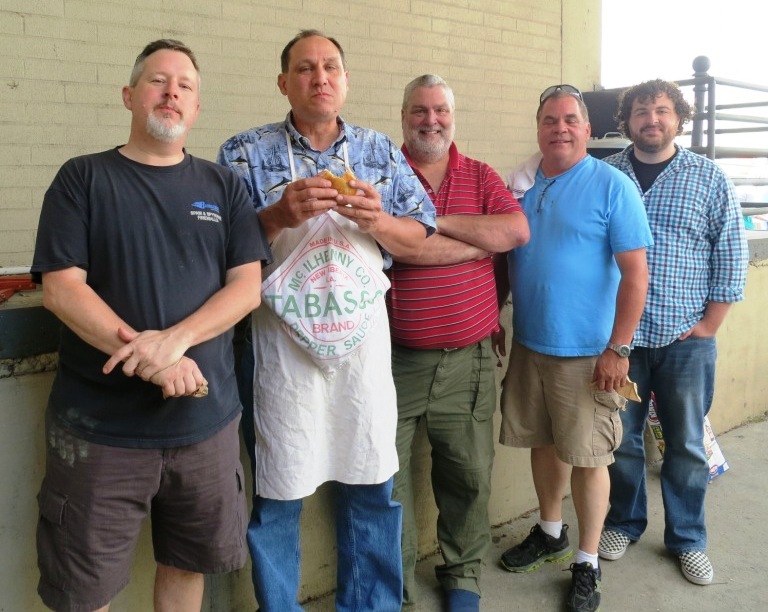 It wasn’t unusual for the phone to ring in the middle of the night and he was off fixing something that broke.  Technology, for as good as it is, isn’t fool-proof.  Things happen.  Clay excelled in troubleshooting and fixing problems.  He loves to explore the possibilities.  Clay loves computers and technology, but he never lost that love of photography.  In later years, he started dabbling in photography occasionally, covering high school football as a stringer again, and being the resident photographer on gardening tours he went on with me. 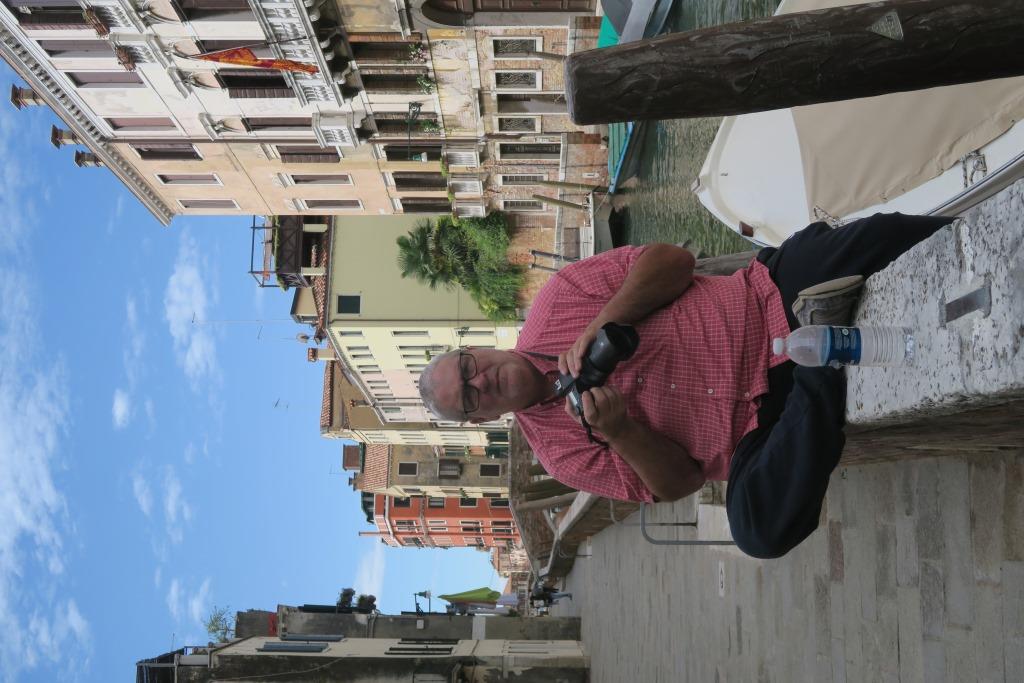 As IT director he traveled the country going to trade shows looking for ways to upgrade systems and make the end-product better. It was a learning curve for all newspapers, and there was a lot of sharing.  Print media has taken a huge hit in the past few decades, and newspapers and magazines have imploded all across the globe.    Papers with a lot more resources than the Arkansas Democrat-Gazette are no longer, but thanks to planning, foresight, and dedication, the Arkansas Democrat-Gazette is still going strong.

It is a bittersweet time for Clay.  He devoted a big part of his life to a paper and a staff he loves.  But it is time for the next phase.  Covid has a huge percentage of the staff working from home.  Clay still went in every day and kept regular office hours, but he was definitely in the minority.  It is time to slow down and enjoy life at home.  Friday, a zoom retirement reception was held for Clay and the accolades from people who mean so much to him were glowing! 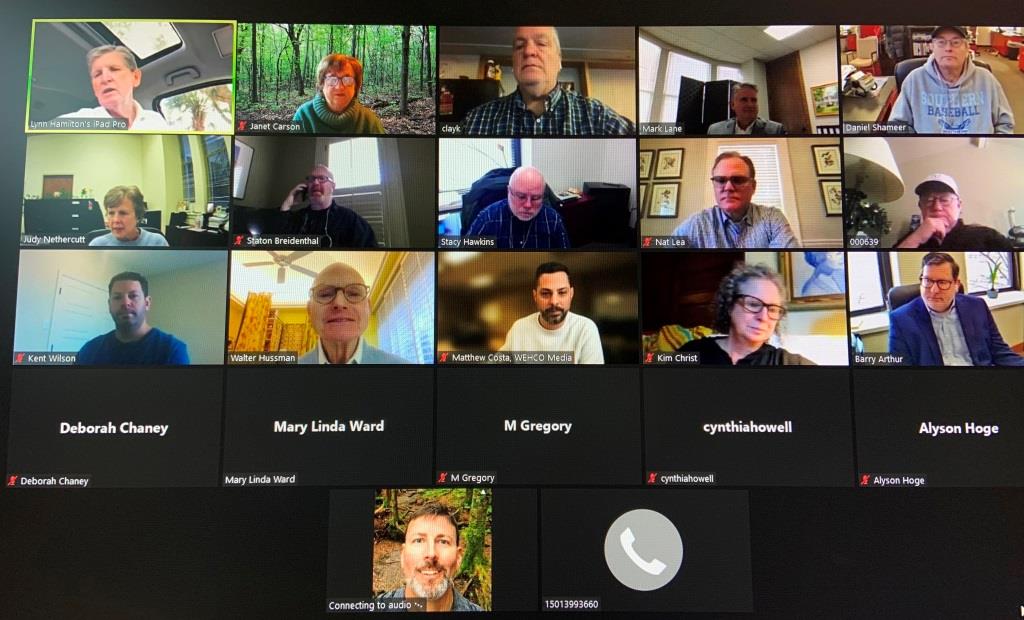 There were stories and pictures I had never heard or seen.  It was a fitting end for a wonderful career.   I guess we are all grateful he bought that camera back in 1978!