'The Women of Copper Country' 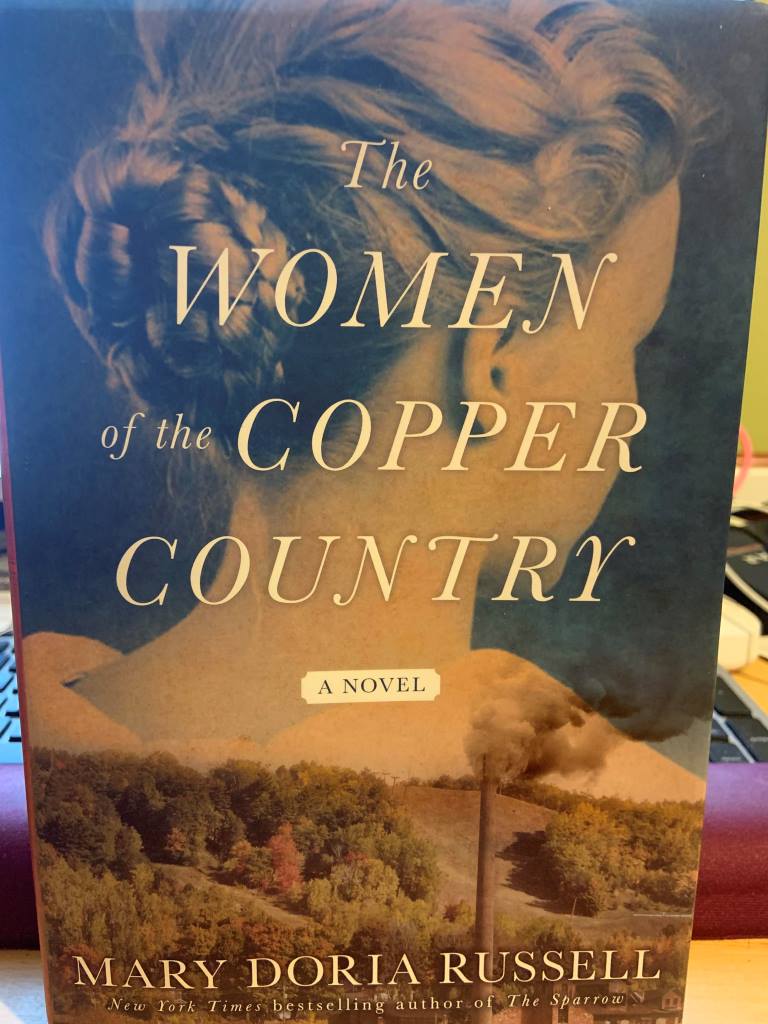 The Women of the Copper Country by Mary Doria Russell was our book club choice for this month.   This work of historical fiction is the story of life in 1913 in the copper mining town of Calument, Michigan.  Based on a true story, it covers Annie Clements (in real life Annie Clemenc), a 6’2” woman who was larger than life in many ways.

On the surface you would think the C & H mining company was a great employer.  The company town provided a library, schools, English classes, bathhouses, a swimming pool, medical services and land for churches and fraternal organizations – perks available in no other company town. All employees had decent houses to live in, but then you see the other side.  Wages were only $2.50 per day and days were 10-11 hours.  Families could not get ahead. It was not only hard work, it was dangerous. Men died or were injured every week under normal conditions, but then to save costs, the company required that the two-man drill be replaced by a one-man drill, a move that substantially cut labor costs but greatly increased the danger to those working underground. When even more men started dying, one woman in the town decided they had to do something.

Annie Clements decides to rally the troops and make some changes.  As president of the Women’s Auxiliary of the Western Federation of Miners, she led a months-long strike of 9,000 miners.  She did everything she could to help her community and make life better for the miners and their families. It was a time when labor unions were starting to gain steam and mine owners were protesting and fighting against them tooth and nail. Union organizers came to town to help, but Annie was the backbone of the movement. Her efforts earned her the name “America’s Joan of Arc”.  While she wasn’t burned at the stake, she did not have an easy time.

I liked the book but did find it dragged a little in places, especially in the middle with the long strike and not a lot of change happening.  I loved the character of a strong woman, but while I learned a lot about mining and life during that time, I don’t think the main characters were developed really well. You know what they did, but you don’t really get to know them as people.  It did make me want to learn more, so I researched the real Annie and Calumet. It was an interesting read, but not my favorite.   Overall it scored a 3.4 with our group—a high of 4 and a low of 3.

Ann did a great job of theme-based food. 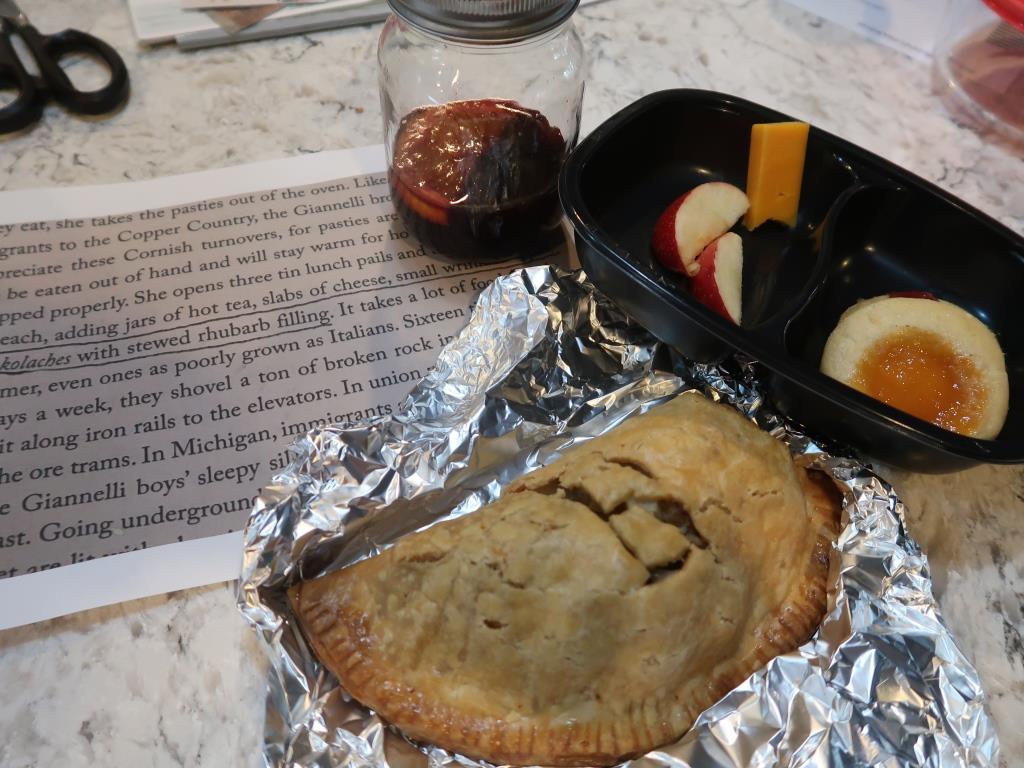 We had a miners meal, pasties, apples and cheese, with a jar of hot tea and some kolaches.  I had been exposed to someone who tested positive for covid, so I zoomed in,

but got a to-go box delivered!