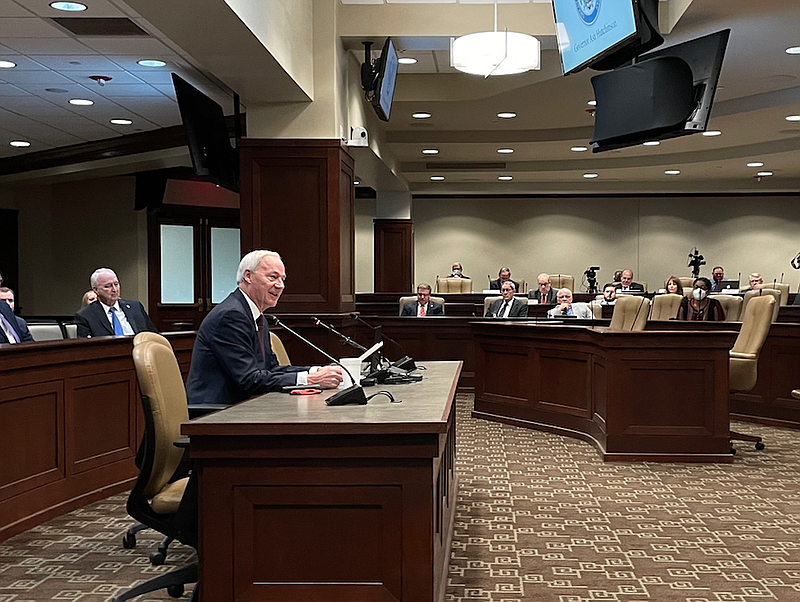 The Republican governor's proposal is a 3.3% growth in spending from the fiscal 2022 budget, or a $194.6 million increase.

"This is higher than I prefer but the needs of our state and our healthy financial position support that increase," Hutchinson told the Legislature's Joint Budget Committee.

The largest new spending initiative is about $37 million toward getting services to people with developmental disabilities who are on a waiting list.

The governor's presentation kicked off a series of budget hearings taking place ahead of the Arkansas General Assembly's Feb. 14 fiscal session.