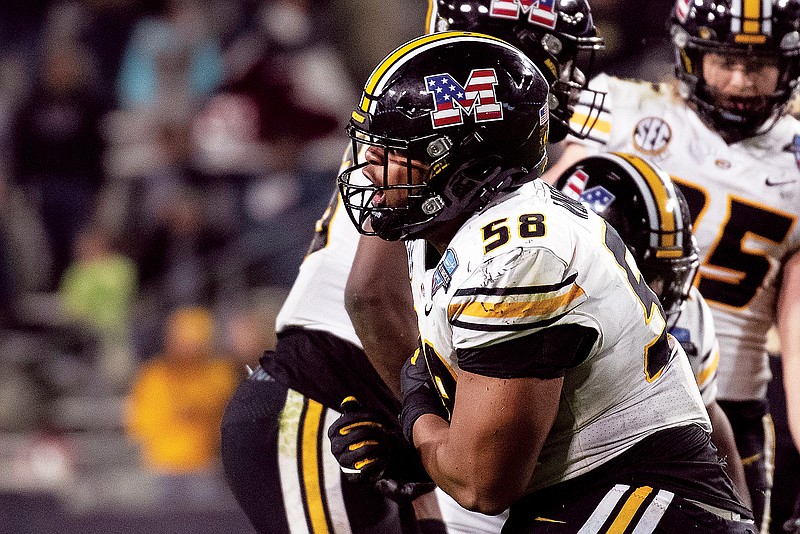 In this Dec. 22, 2021, file photo, Missouri defensive lineman Mekhi Wingo celebrates after making a tackle in the second half of the Armed Forces Bowl against Army in Fort Worth, Texas. (Associated Press)

He played in 11 games and had 27 tackles, 2 tackles for loss, 1 sack, 2 quarterback hurries, 1 interception and 1 deflected pass as a freshman.

Wingo was evaluated by Arkansas defensive coordinator Barry Odom while Odom was the head coach at Missouri. He received an offer from the Hogs shortly after Odom was hired at Arkansas.

He is not any relation to former Razorback running back Ronnie Wingo Jr., who was also from St. Louis.