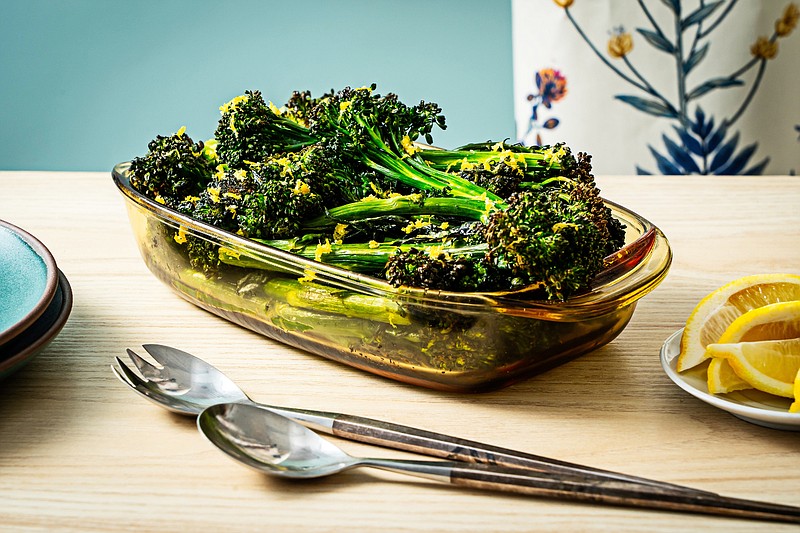 The question on our weekly live chat a few months ago was simply titled "Broccoli."

Can you recommend ways to prepare this that make it taste good?

It's a common conundrum, not to mention cultural trope, with President George H.W. Bush famously expressing his disdain for the green vegetable, an equal source of disgust for the little girl in the Pixar film "Inside Out" (interestingly it was changed to bell peppers for Japanese audiences).

We've been told time and time again how good broccoli and its fellow cruciferous vegetables — cabbage, kale, brussels sprouts and cauliflower among them — are for us. Plenty of us need no admonishment to eat them, but I admire any skeptics who are willing to be open-minded and give them a try.

If you find the smell off-putting, it's not just your imagination. As Harold McGee explains in "On Food and Cooking: The Science and Lore of the Kitchen," these types of vegetables, as with onions, have "defensive chemicals in their tissues." When the plant cells are damaged, most notably by extended cooking, the chemicals interact and start "a chain of reactions that generates bitter, pungent, and strong-smelling compounds."

But that's not inevitable. Whether through cooking strategies or flavors, there are ways to ease yourself into enjoying cruciferous vegetables. Here are a few of them. 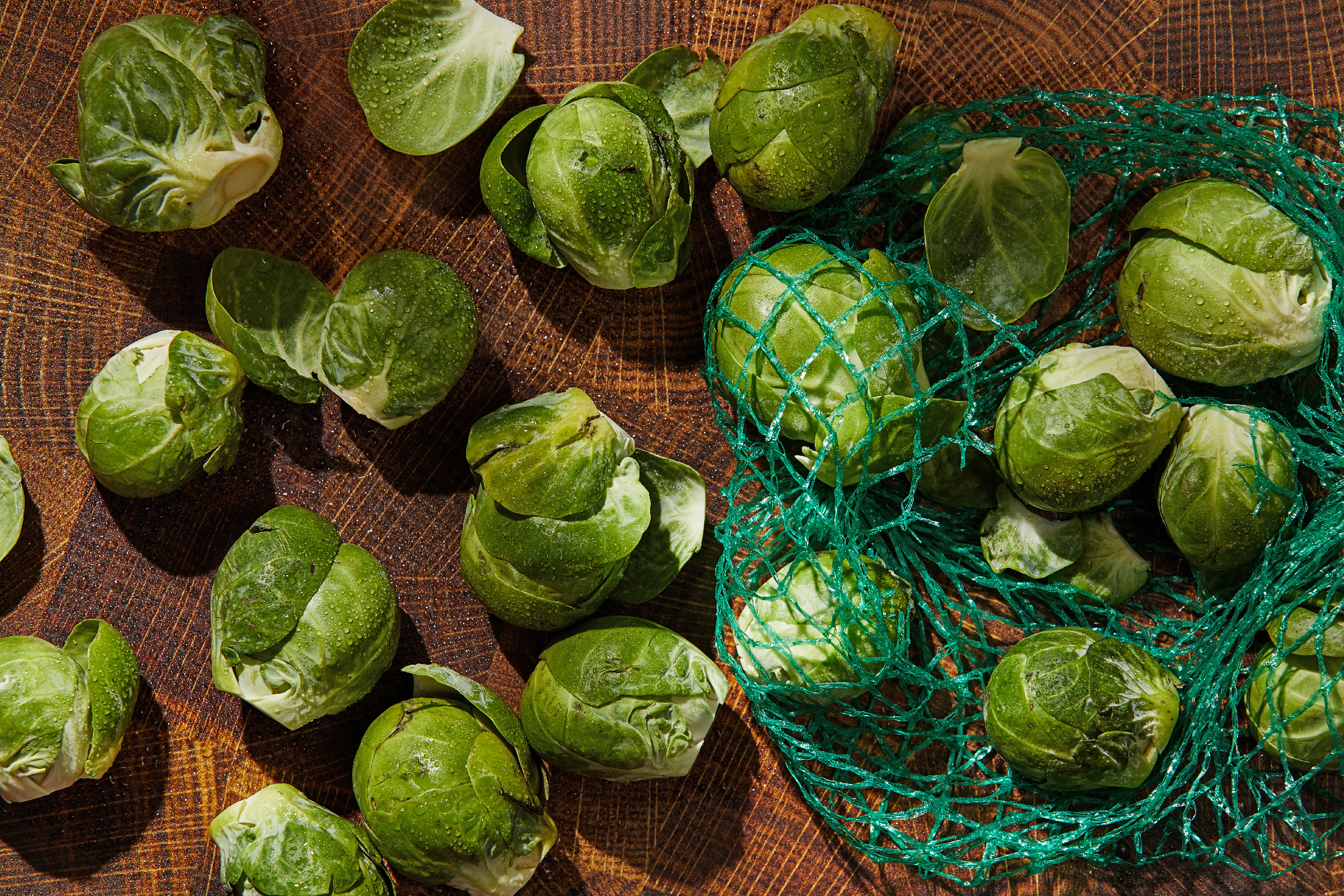 Raw brussels sprouts (For The Washington Pos/Tom McCorkle)
Eat them raw. "Don't overcook broccoli or any of its relatives," Deborah Madison writes in "The New Vegetarian Cooking for Everyone." "When people dislike these vegetables, it's usually because of overcooking, which produces a sulfurous odor." When uncooked, cruciferous vegetables can be mild and even sweet.

A massaged kale salad will give you "tender texture, quick turnaround time, and no loss of micronutrients," Abra Berens says in "Ruffage: A Practical Guide to Vegetables." Plus, the work of rubbing a dressing into the kale will impart lots of flavor that's evenly distributed. If you're concerned about masticating large leaves of kale, it's totally OK to shred it, which also makes it easy to mix in with other shredded vegetables.

Raw brussels sprouts work very well shredded in salads, too. If you're still wary of the sulfurous smell, Nik Sharma notes in the "The Flavor Equation" that you can submerge cut or shredded sprouts in ice-cold water first. Speaking of slaws, there's always coleslaw and other cabbage slaws, which can be light, refreshing and crisp, especially when a punchy dressing is at the forefront.

Use high heat. If you prefer your vegetables with a little less bite than raw, consider going the opposite direction and giving them a quick run under or over high heat. "Charring works well with sprouts and cabbages because it softens texture, caramelizes sugars and neutralizes bitter-tasting compounds," Christopher Kimball writes in "Milk Street Vegetables." With the more intense heat, you get all those benefits in a short period of time, reducing the likelihood you'll overcook cruciferous vegetables to the point that they're unpalatable.

You have a number of options for taking advantage of high heat. In warmer weather or if you're someone who cooks outside no matter the season, consider grilling. Berens is a particular fan of grilling cabbage, but in winter, she pivots to searing wedges in a hot frying pan. The broiler is another solution.

Inside, my go-to strategy is high-temperature roasting, anywhere from 400 to 500 degrees, though I tend to favor the upper edge of the range. High-heat roasting gets you the benefit of crispy edges quickly so that you don't overcook the insides. Be sure to leave plenty of space between whatever florets, pieces or leaves you're cooking, to avoid steaming rather than roasting. Berens notes that slightly larger pieces of cauliflower will get a nicely crunchy exterior without the interior turning to mush. Kale avoiders could be converted by baked kale chips. "Don't be scared of brown leaves," Berens says. "You are looking for shatteringly crispy 'chips.'" I like mine plain with salt, but you can dress them up with any number of adornments, including red pepper flakes and nutritional yeast.

Frying and steaming are two other methods that deliver an intense amount of heat in a short period of time and, when done properly, let you avoid the pitfalls of overcooking. Quick steaming is another go-to strategy of mine. I tend to steam a lot in my Instant Pot, but you can also do it with a little water, wine or broth in a covered skillet or in the more traditional steamer basket set over a pot of simmering water. And don't overlook the microwave either.

A quick saute in a hot skillet is also a good move. 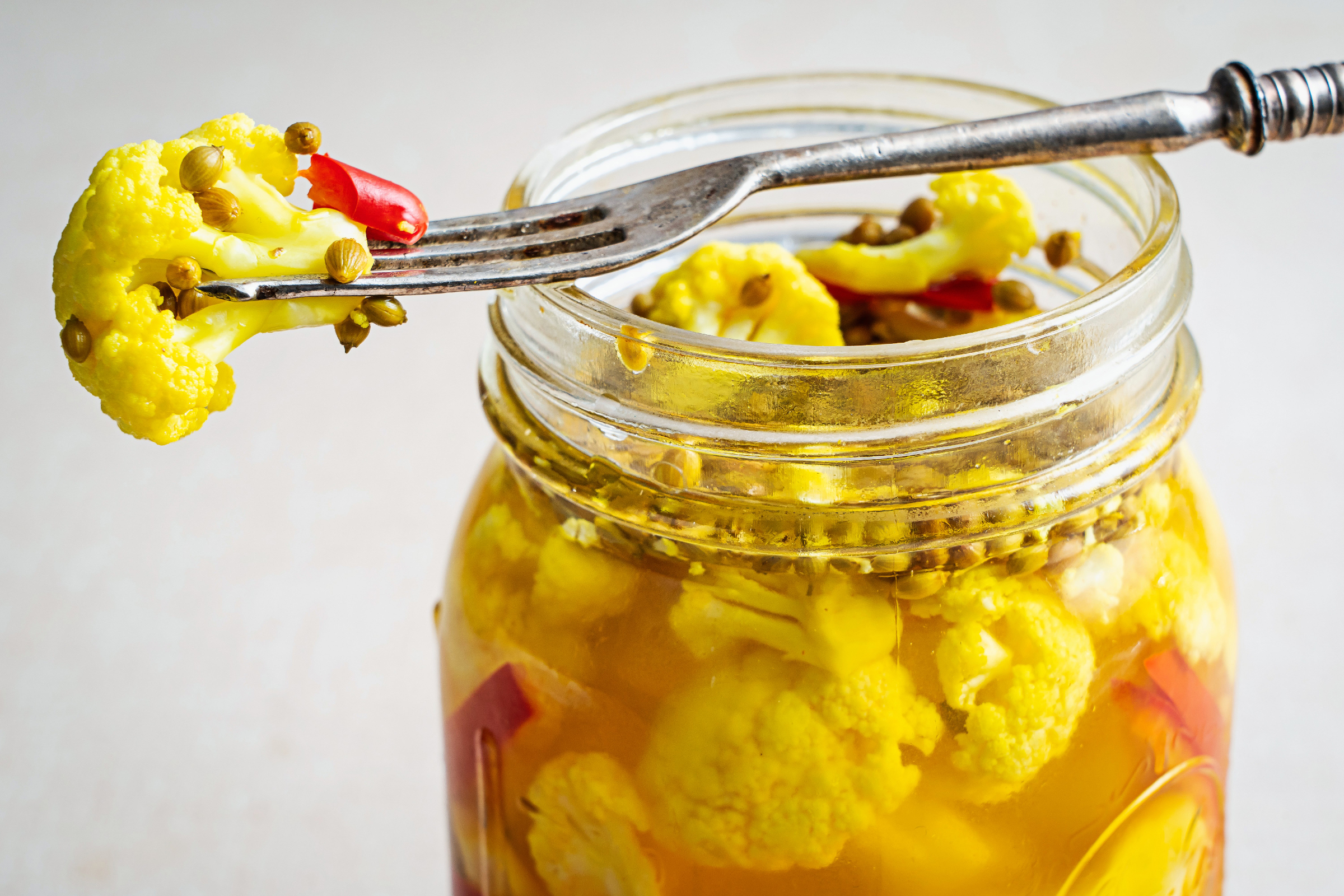 Pickled cauliflower (For The Washington Post/Scott Suchman)
Pickle them. Good news from McGee: "When cabbages and their relatives are fermented to make sauerkraut or other pickles, nearly all of the flavor precursors and their products are transformed into less bitter, less pungent substances."

Jim Webster, my colleague and avowed cauliflower hater (his words, not mine) actually found he could tolerate, even enjoy, cauliflower when pickled. If you don't want to do the pickling, you'll find a wide variety of store-bought options out there, including sauerkraut, kimchi and giardiniera.

Pair with big flavors. If, even after the suggestions above, you find yourself still backing away slowly from the flavor of cruciferous vegetables, you know what? It's OK to mask it with other flavors. While you don't want to neutralize all the nutritional benefits of the vegetables with loads of cream, butter or cheese, strategic and restrained use of the right ingredients can help get you to something more appealing to your taste or serve as an entry point.